MATIC up 23% over past month as addresses spike, coins leave exchanges en masse 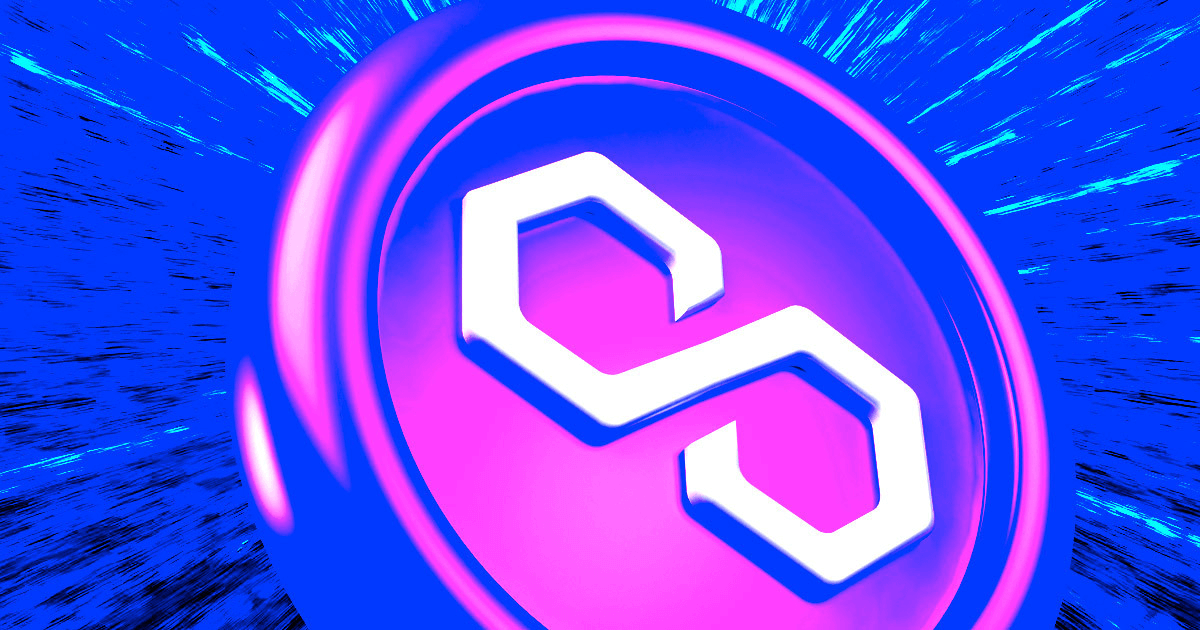 Polygon has seen its price increase by 23% in the past 30 days, with MATIC spending the entire month of October in the green. After a devastating slump in June, MATIC has been on a slow and steady climb, reaching a high of $1.04 in mid-August.

Community engagement, partnerships, new launches, and developer activity have all pushed its price close to its August high, with MATIC reaching $0.95 on Oct. 26. Although its price has consolidated since, with the token standing at $0.90 at press time, it still stands as an outlier in the mostly red crypto market. 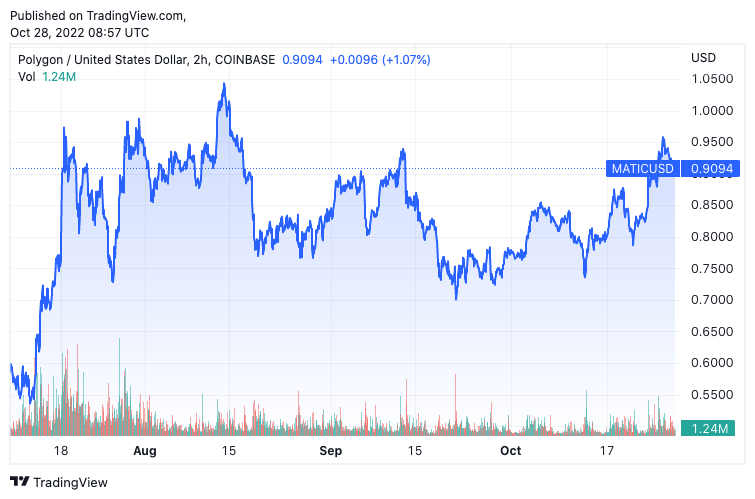 The positive price action Polygon has seen in the past month has been a result of significantly increased user activity. Data analyzed by CryptoSlate showed a notable spike in the number of active addresses on the network, rivaling the numbers seen in July. 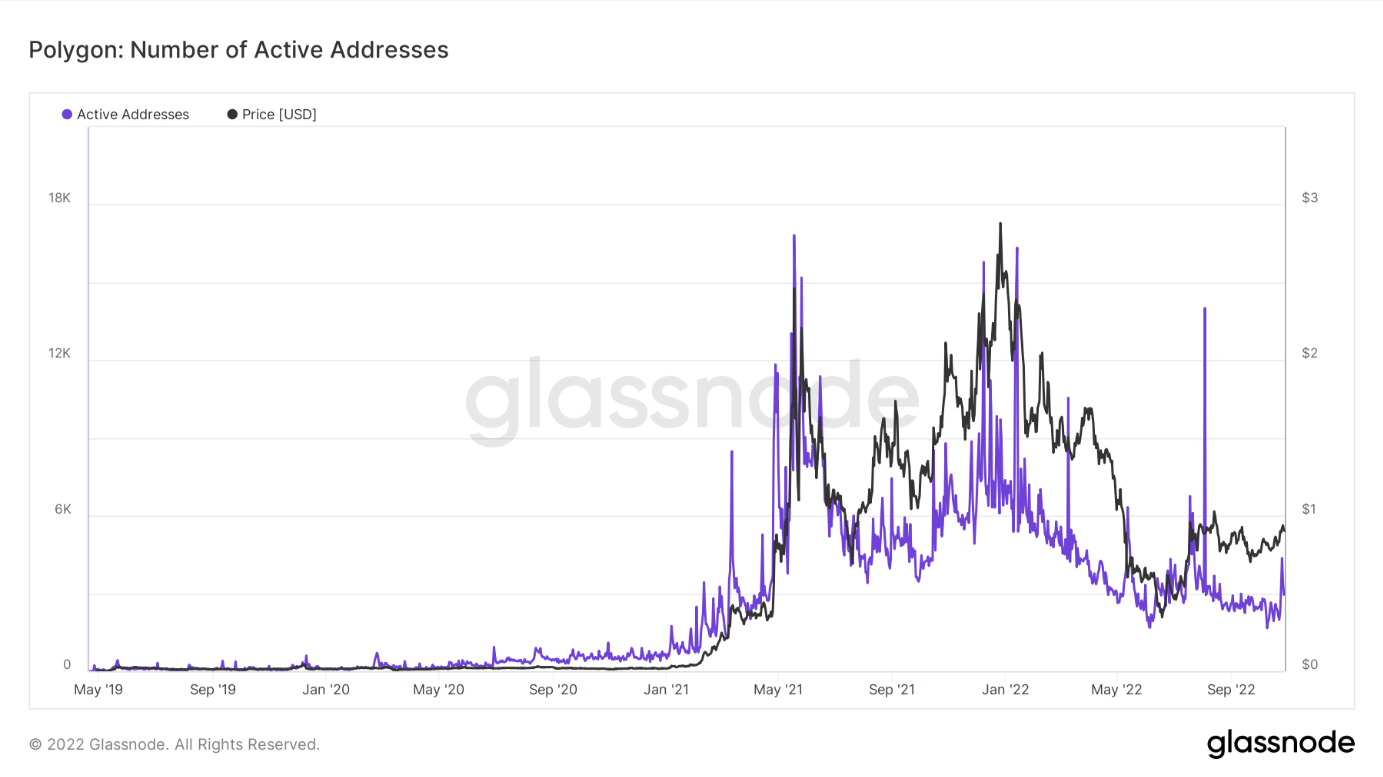 However, the increased user activity Polygon has seen so far hasn’t led to a MATIC sell-off. There has been a significant increase in the amount of MATIC leaving exchanges, indicating that users are focusing less on trading and more on using the tokens on the various dApps and services built on Polygon.

Data analyzed by CryptoSlate showed that MATIC has seen the largest exchange outflow since April 2021, right around the time when MATIC experienced a sharp spike that sent its price to an ATH of $2. 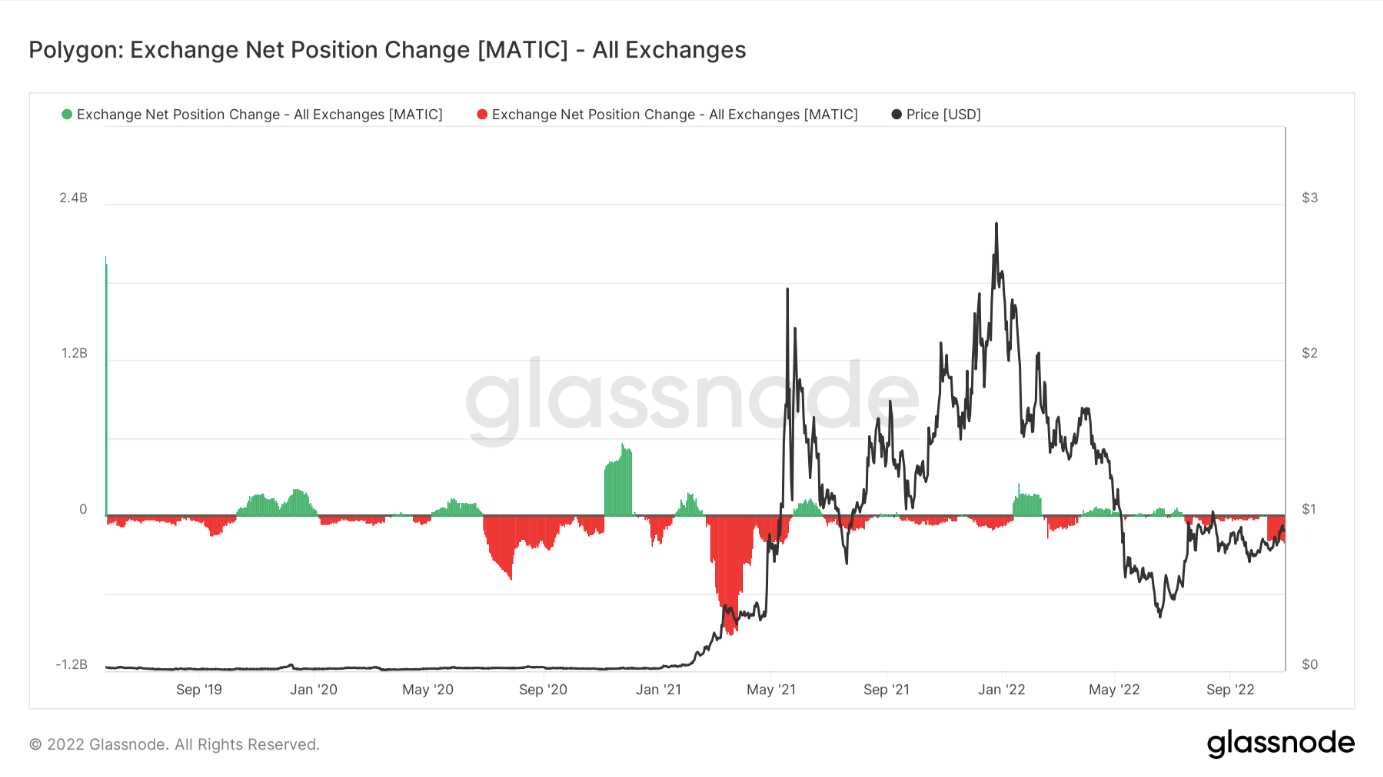 Polygon’s October success is a direct result of the increased adoption of the network. It has become the platform of choice for Reddit, its ambitious NFT plans, and a slew of other institutions, platforms, and services. 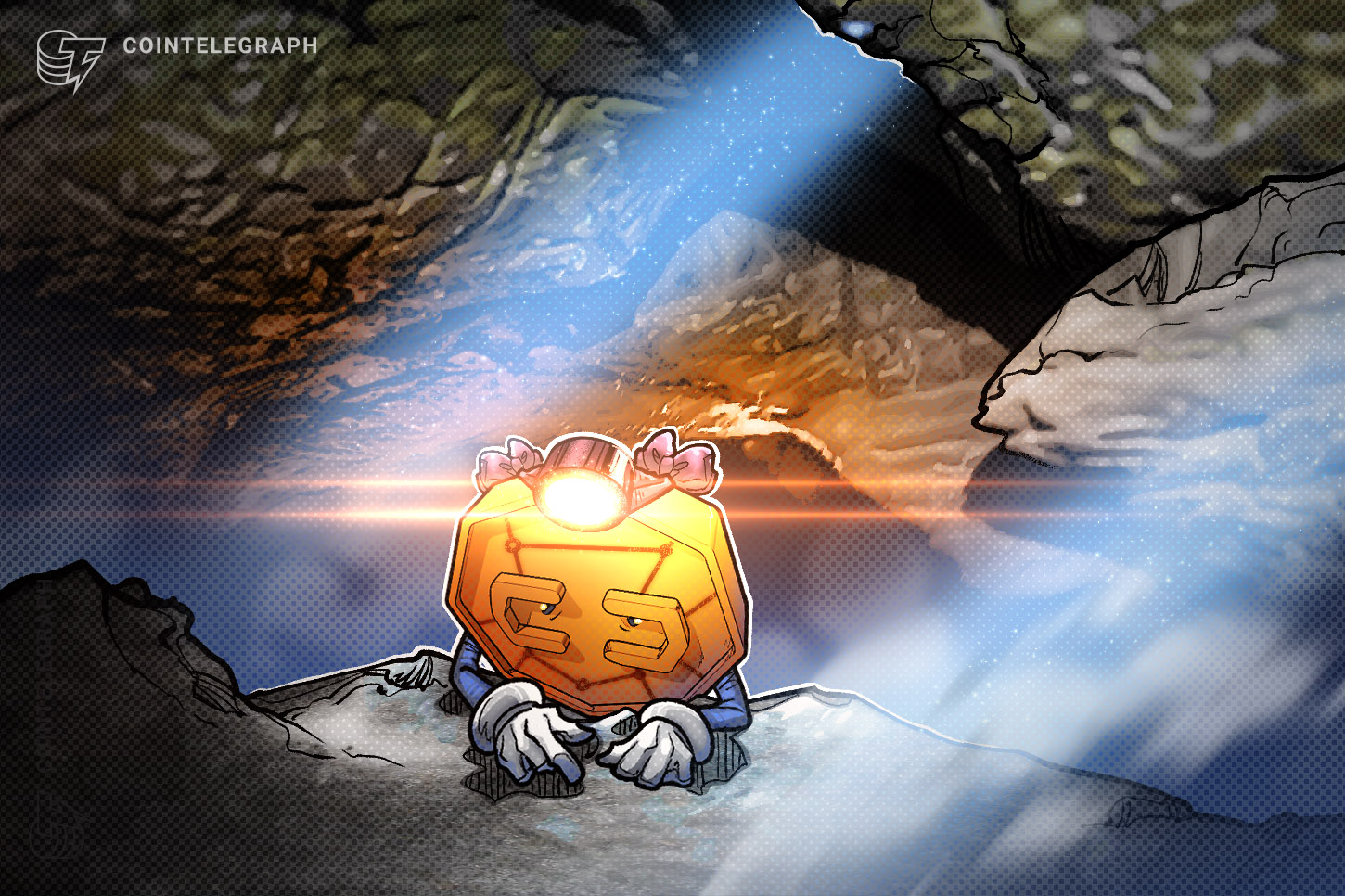 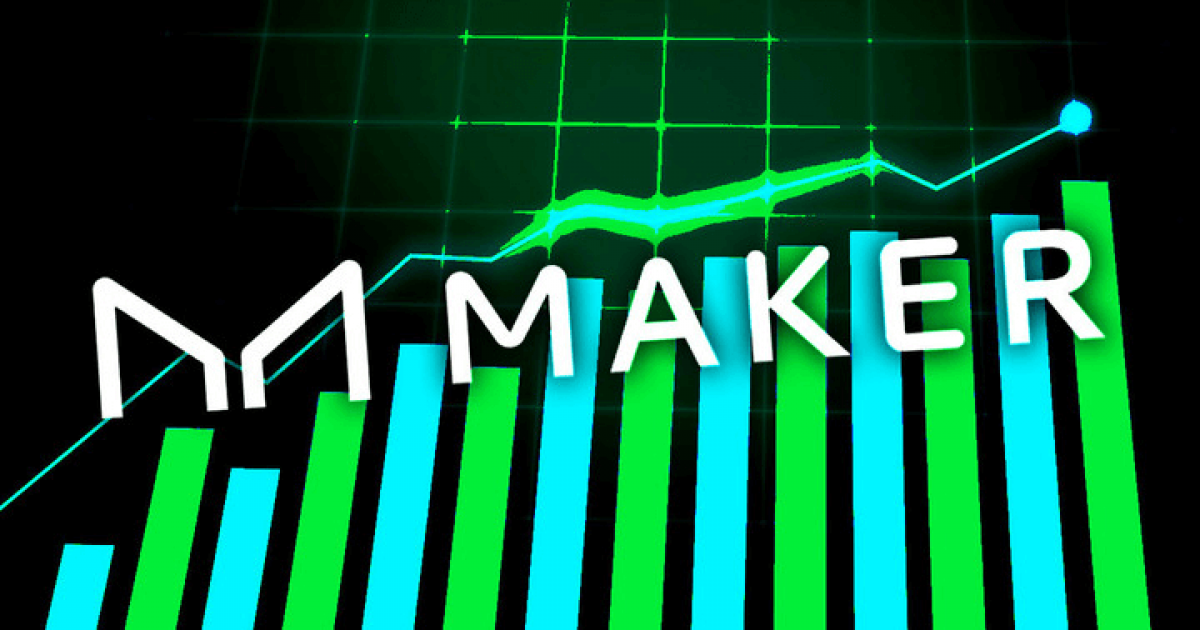 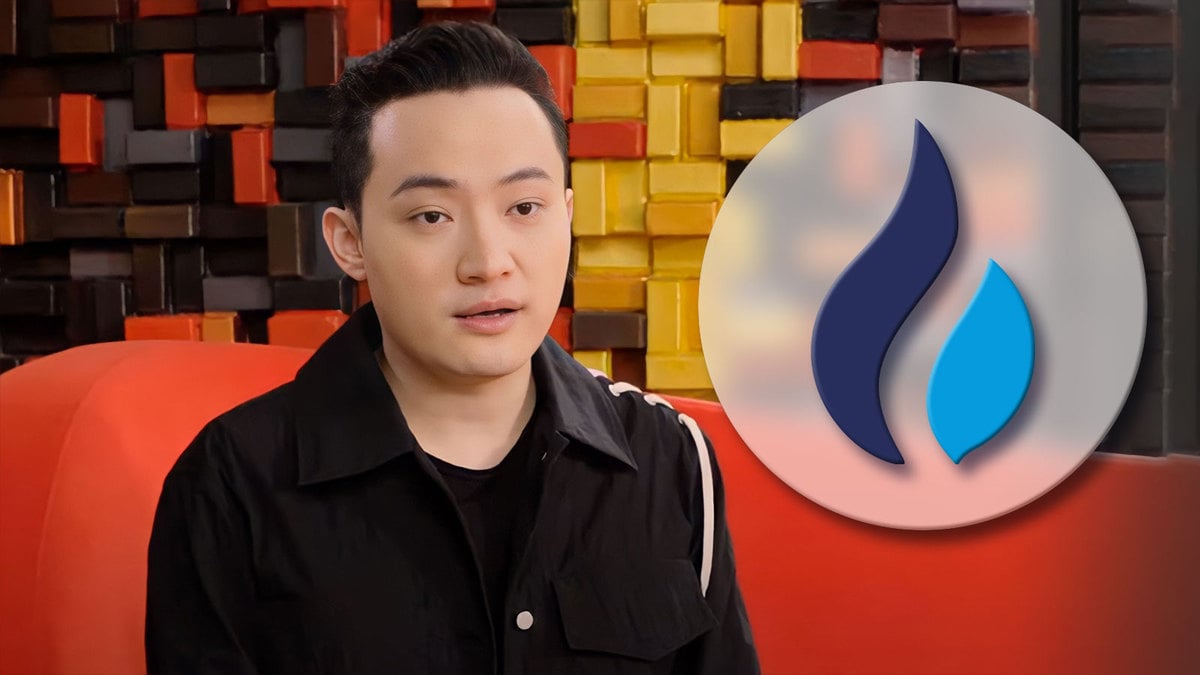