This is the Main Target for the Bitcoin(BTC) Price in the Coming Fortnight! It has been more than 60 days since the Bitcoin price consolidated below $25,000 looking out for an opportunity for a breakout. The recent spike close to $25,000 was believed to be the revival of a bullish trend as the path towards $30,000 appeared pretty clear.

However, the recent price plunge slashed the asset lower hurting the trader’s sentiments who now believe the July lows may be retested again.

While the entire crypto space was somewhat bullish on BTC price, a popular analyst il Capo of Crypto always warned his 483.6K followers about the upcoming dump. While the plunge has substantiated the claim, the analyst believes the Bitcoin bottom is yet to be reached. 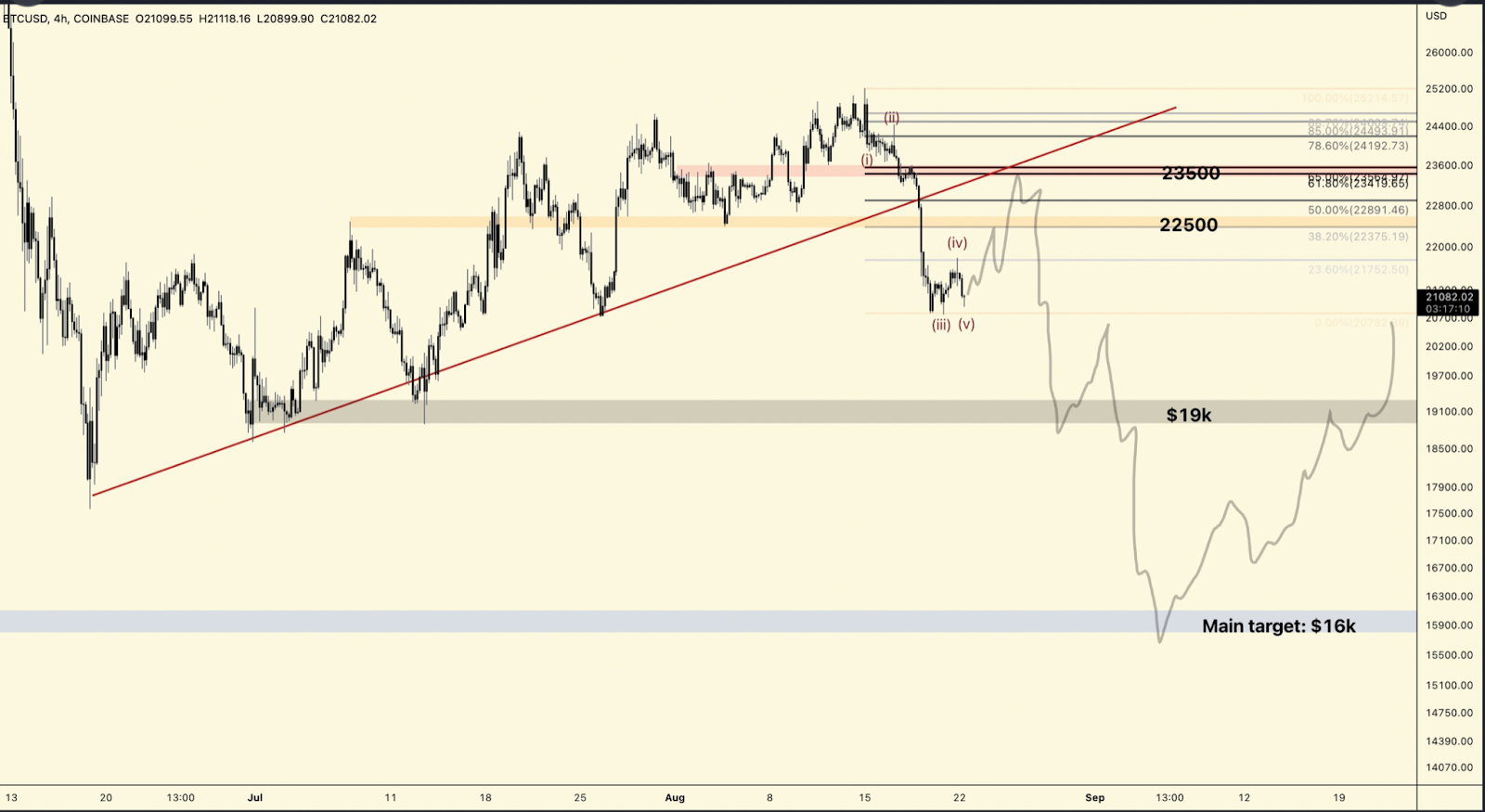 As seen in the chart, the asset has broken down from the trend line and hence is believed to drain in a bearish well. However, the analyst believes that the price may spike beyond $22,500 or $23,500, post to which a significant drop may drag it towards the main target at $16,000.

However, the support at $19,000 is expected to hold the asset firmly, or else the drop to the lower levels may be imminent.

Collectively, the BTC price is on the verge of a notable price drain as the bearish flag formed may eventually drag the price below $20,000 from the current levels at $21,253 initially.