LUNC price & USTC price is surging in 2-digit & 3-digit figure resp from more than 2 days signalling a strong recovery phase. LUNC price broke out from a strong accumulation phase recently. After testing the immediate resistance now it aims to secure the levels close to the upper crucial zones. On the other hand, the UST price has also gained huge bullish momentum in the past couple of days.

Will LUNA price also gear up to compete with LUNC & UST to regain its lost glory?

The TerraClassic price in recent times has formed a couple of bullish flags which induced a catapult action to secure the next resistance levels. The asset reached its highs at $0.0001574 and face a notable pullback to the current levels at $0.000132. However, the asset is appearing extremely bullish despite the bearish price action that may elevate the price above $0.0001700 before the day’s close. 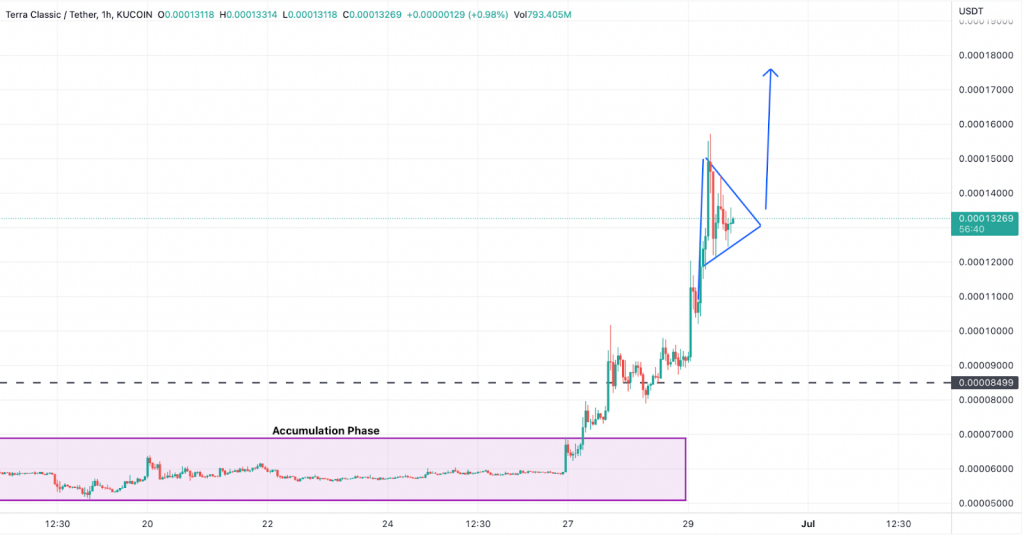 However, the consolidation within the pennant is still distinct from its apex. Hence the price is expected to hover within a narrow range or shed some of its gains until it reaches the apex. Further, a massive breakout may pull a significant leg up, surging the prices by more than 20% to 25% before the end of the current quarter.

On the other hand, LUNA’s price broke down from a bullish flag and dropped close to 20% recently. However, the price recovered notably since then, following a significant upward trend line. The bears appear to be pretty dominating at the moment and hence the possibility of the price re-visiting the trend line emerges. 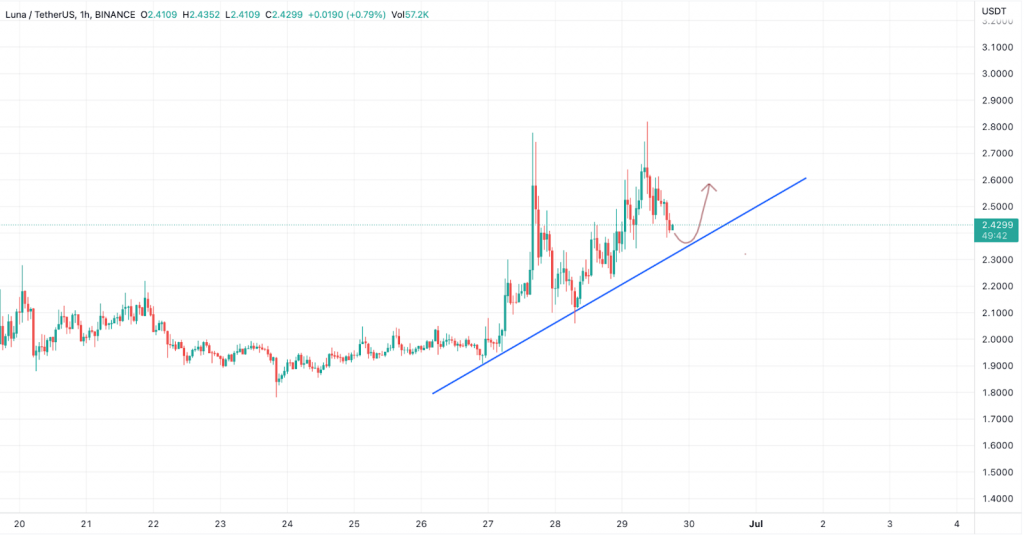 According to some reports, the address holding LUNA tokens is also decreasing heavily which may impact the price negatively. The asset may not receive the required volume to elevate the price above the danger zones around $3 initially. Moreover, the RSI is on the verge to break the trend line and drop hard which may decline the prices lower.

Collectively, LUNC & USTC prices have gained enough boost from their community. As predicted previously by Coinpedia, LUNC price is regaining the bullish trend much before LUNA price, while USTC is also on its way to kill a zero in its price. LUNA Price Surges Notably, While LUNC & USTC Prices Spiked Out of the Blue

LUNA 2.0 vs LUNC, Prices at Crucial Levels, Who Will Make it to Safety Island First?