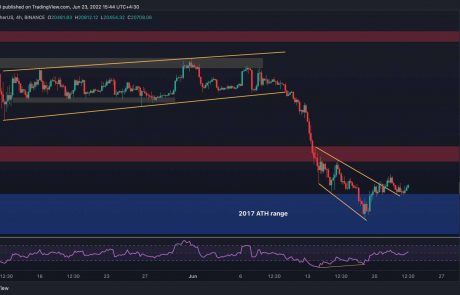 Bitcoin’s downtrend has halted after a rapid drop from the $32K following a bearish flag breakout. The $17K-$20K range of the 2017 all-time highs is acting as strong support, leading to a price rebound towards the $24K and maybe the $30K significant resistance level.

However, the cryptocurrency would also have to break the 50-day moving average to the upside before retesting the $30K level.

The price shows signs of a reversal after printing multiple bullish candles on the daily timeframe. If a retest of the mentioned levels occurs and BTC gets rejected to the downside, this could send the cryptocurrency into a further negative spiral.

On the other hand, if the bearish momentum kicks in at current rates, another impulsive move to the downside could start, pushing the market beyond the current support area and towards the $15K mark. However, the most recent price action makes this particular scenario a less probable. 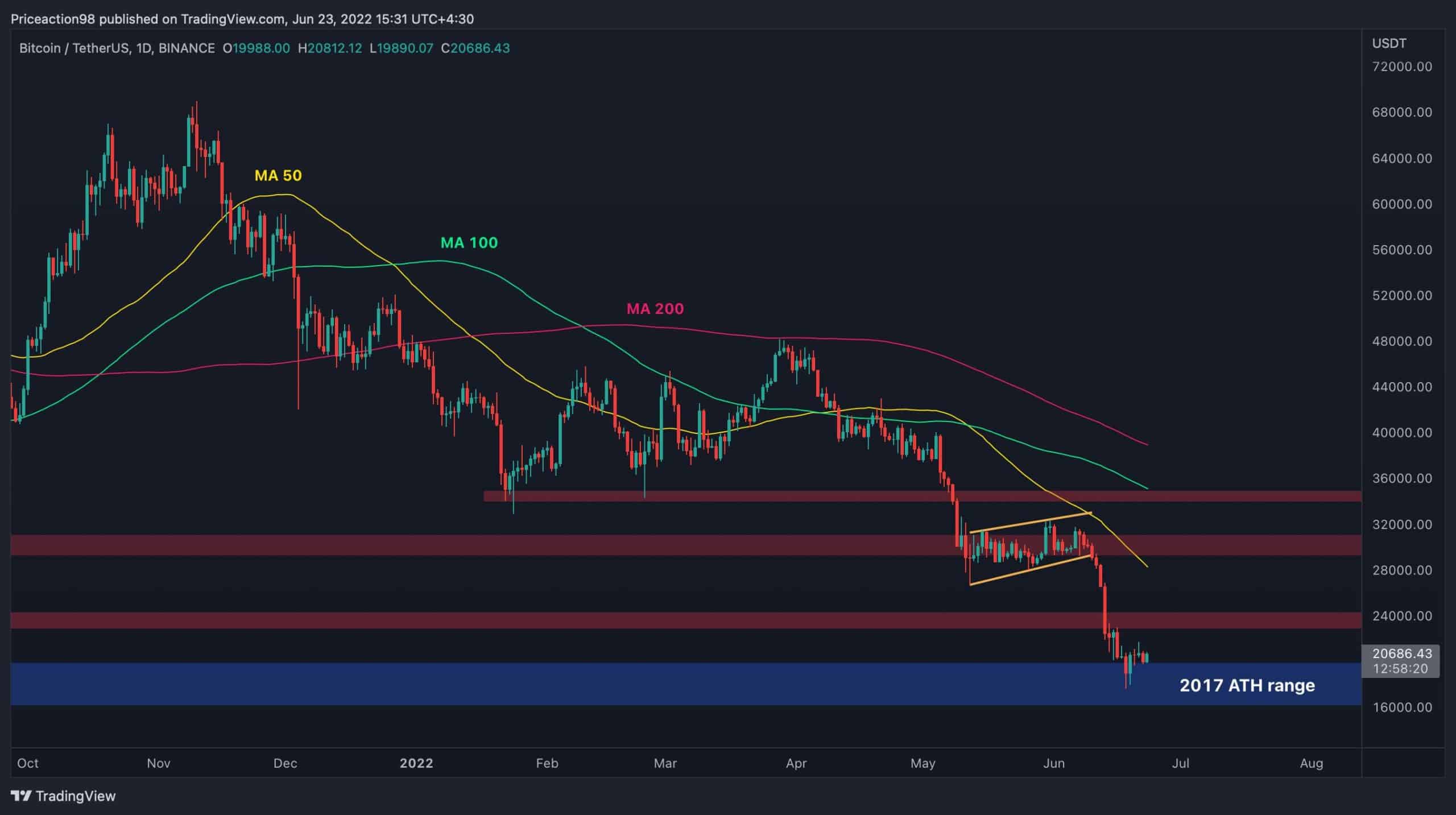 On the 4-hour timeframe, it is evident that the price has been forming a descending channel on the $17K-$20K support area, pointing to a possible rebound as the pattern could be considered a sign of a bullish reversal

The RSI oscillator had also signaled a bullish divergence between the last couple of lows of the channel, further strengthening the possibility. If the price rebounds from this level and validates the breakout, a further run towards the $24K resistance level could be anticipated.

On the other hand, if the price fails to complete the pullback and falls back inside the channel, the pattern would be considered a failure. It could lead to aggravated selling pressure and a break below the $17K-$20K support area, followed by a rapid drop towards the $15K zone. 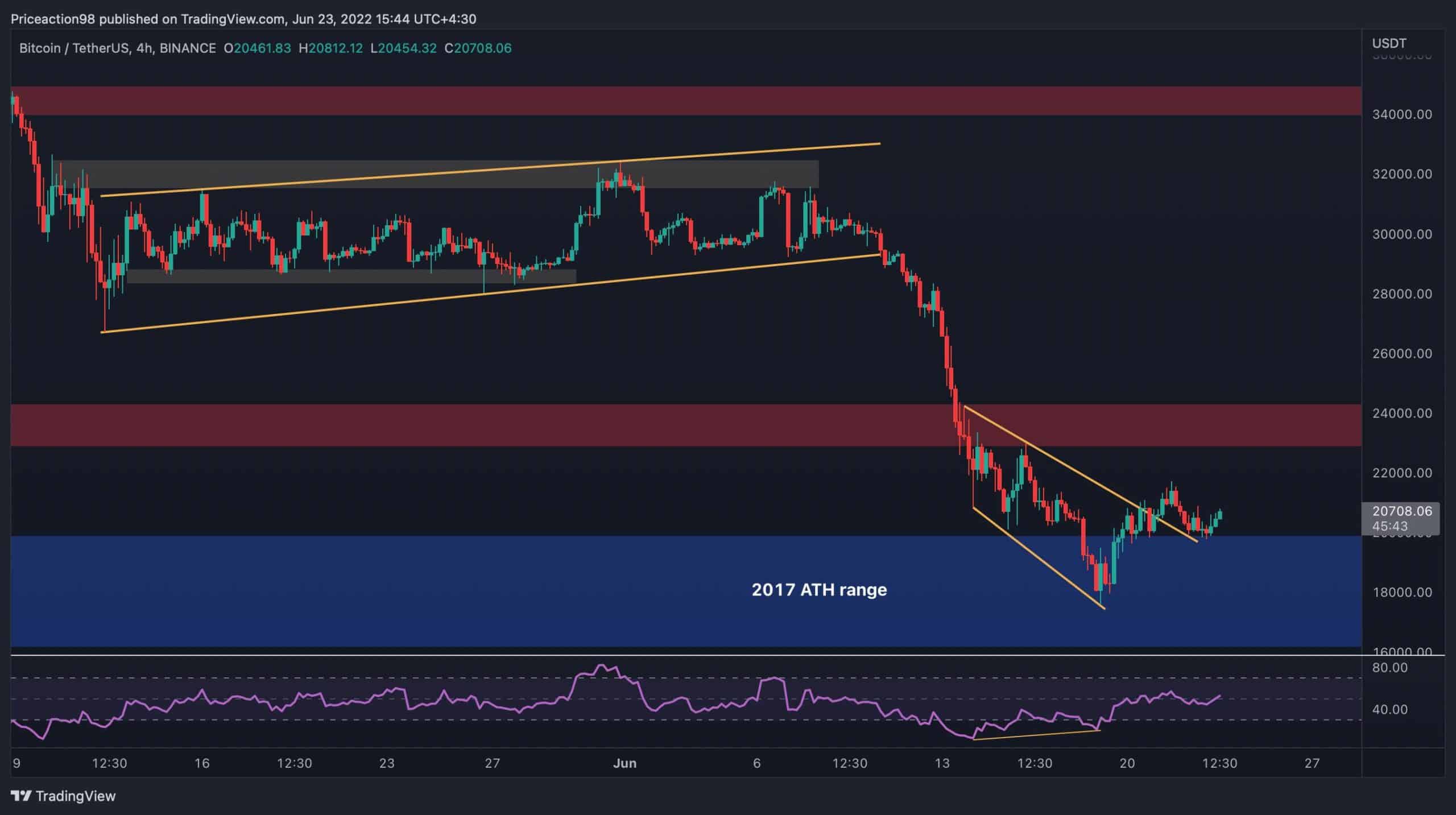 The market has been going through a lengthy and intense downtrend over the past few months, and this price crash has taken its toll on the sentiment. It’s definitely bearish and is accompanied by negative funding rates in the perpetual futures market, indicating that the traders are aggressively shorting BTC as they constantly expect lower prices.

However, these periods of negative funding rates create a decent probability for a short squeeze, which begins after a bullish reversal in price and a short liquidation cascade. These short squeezes usually occur at price bottoms and initiate a bullish phase, as the price rallies and creates high bullish momentum. 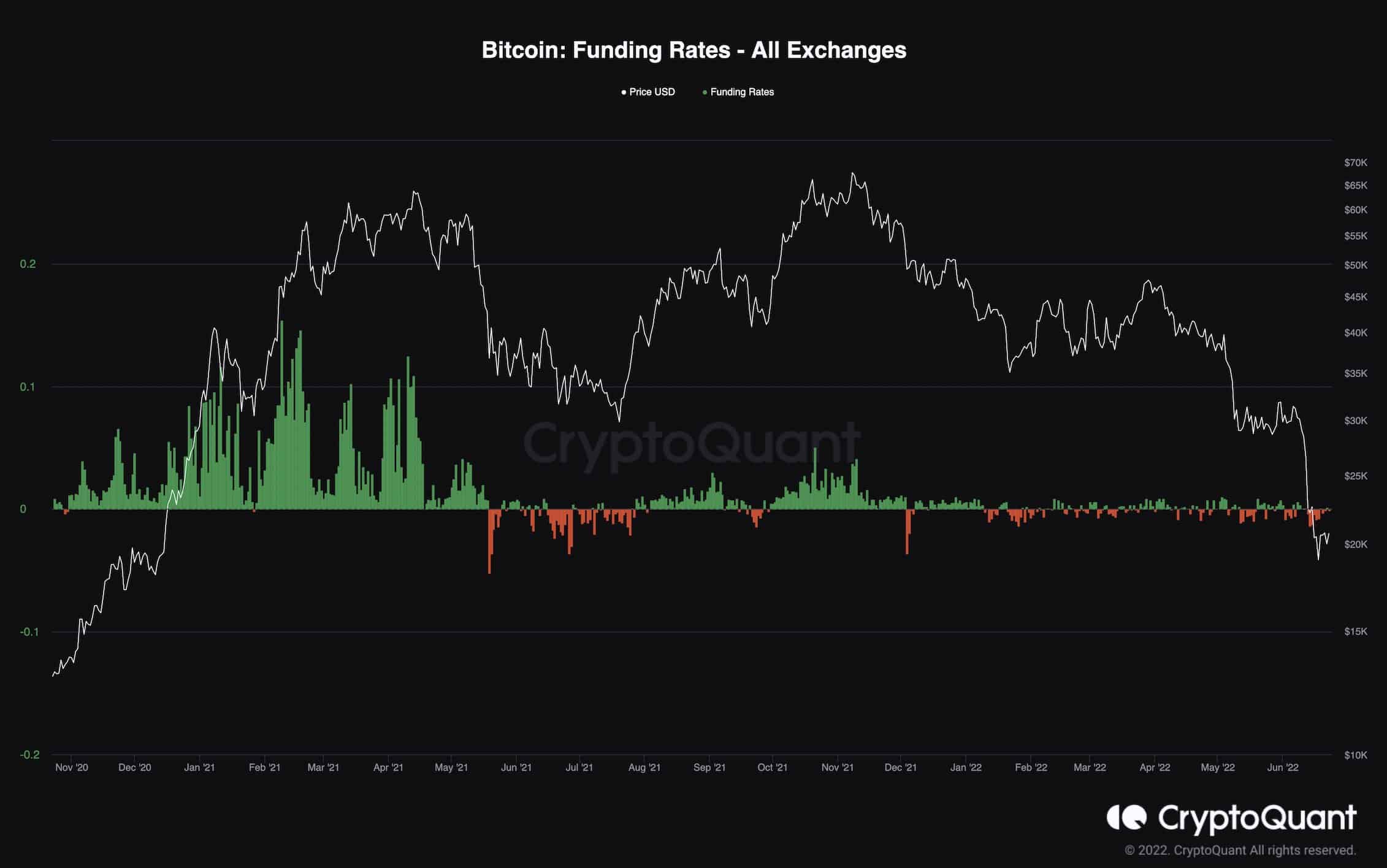 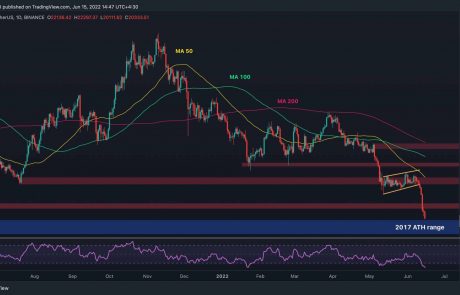 Bitcoin Price Analysis: If $20K Breaks, This is The Next Level BTC is Likely Headed 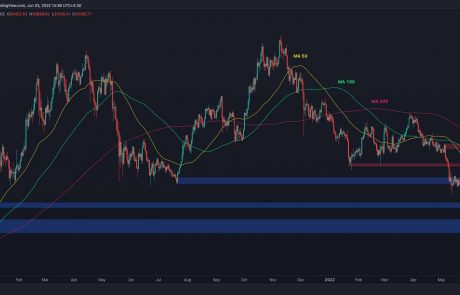 Bitcoin Struggles Around $30K but Is The Bottom Getting Closer? (BTC Price Analysis)