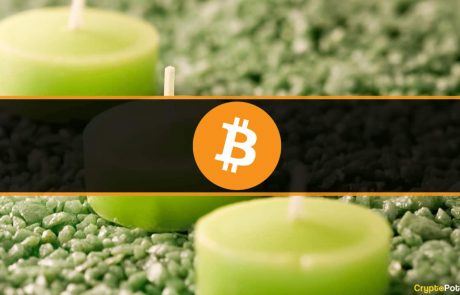 After the devastating Q2 in which bitcoin registered three consecutive months with massive declines, the asset finally saw some increases in July, becoming its best month in 2022 to date.

This came as BTC overcame the $20,000 line and ended the month with a double-digit surge.

Bitcoin Soared by 17% in July

2022 has been a challenging year for many, with the galloping inflation hurting economies, and the Russia-Ukraine war only exacerbated the mass pain. With the US and many other global superpowers trying to fight inflation by increasing interest rates, the financial markets took quite a few hits.

Being riskier assets, bitcoin and the alternative coins suffered badly. Q2 ended as BTC’s worst trading quarter in over a decade with a massive decline of over 55%. June alone was the asset’s most violent month in over ten years. In it, BTC dumped from $30,000 to a multi-year low of $17,500, and even though it reclaimed some ground by the end, it still closed with a 37% decrease.

As such, all eyes were on July, hoping to reverse the trend. And it didn’t disappoint. It was quite a volatile month, especially when the US record-setting CPI numbers came out, the Fed increased the interest rates (again), and President Biden refused to admit that the country had entered into a recession.

However, unlike previous examples, this time, bitcoin reacted with more positive price performance. It started to gain value and surged to a 6-week high above $24,500. Despite the minor retracement, it still ended the month at $23,300 – 16.8% higher than the June closing price. As such, July became the best-performing month for BTC since last October.

What Could Be Next?

Coinglass’ monthly data shows that August is typically a bearish month with a few notable exceptions. Back in August 2013, BTC soared by 30%, while in 2017, it skyrocketed by 65%.

September is even more bearish, historically, with only two green ones out of the nine tracked by Coinglass.

However, October and November sit on the opposite corner, which is why several crypto proponents and analysts predicted that the end of this year could be significantly more bullish, and BTC could finally reverse its months-long bearish trend.