Cardano’s price, in the past couple of hours, broke down from the crucial levels and almost reached the yearly lows. However, the bulls prevented the price from cementing at the lower support, yet the fear of revisiting these levels haunts the ADA price rally. While the scope of recovery or growth is pretty narrow at the moment, a failure at this point may further lead to a massive sell-off, dragging the price below $0.3 very soon. 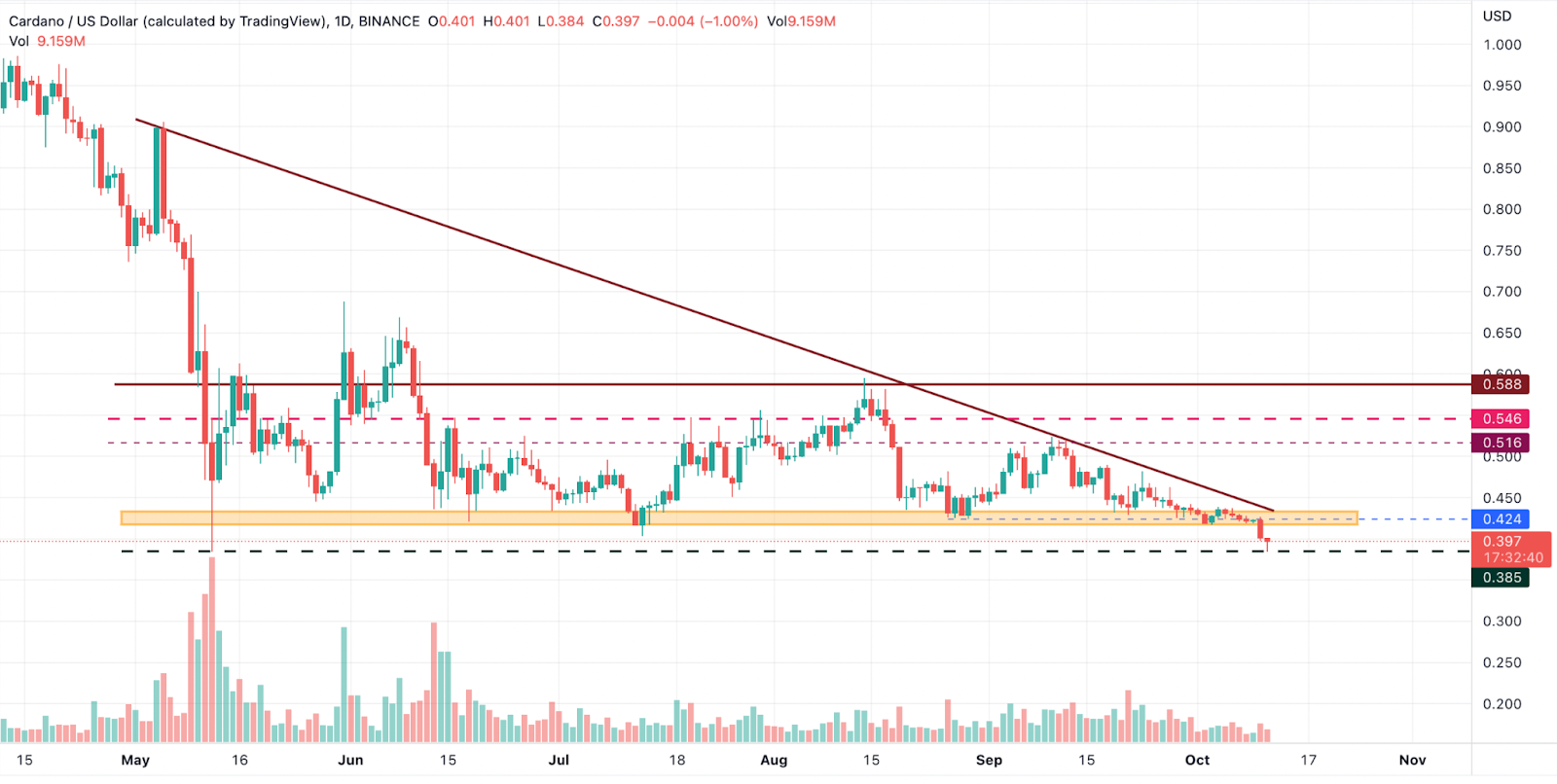 The ADA price has been trading within a descending triangle for quite a long time, and the recent price action dragged the price below the crucial demand area. Moreover, the asset re-visited the yearly lows at $0.384, which has triggered a bearish trend for a long time. Therefore, the next couple of hours appears to be extremely crucial for the asset

A drop below $0.38 may lead to a plunge close to $0.35. If the bulls fail to hold at these areas, then a massive drop may lead the price to decline below $0.3. The bearish scenario is further substantiated by the whale holdings, which have dropped significantly in the past couple of months. As per the data from Santiment, the whales holding more than 100K ADA coins have dropped notably.

While the number of holders with ADA tokens between 1000 to 100K are rising which may indicate a bullish trend in the near future. However, considering the trade set-up at the monument, the bears seem to have dominated the entire rally. The Sharpe ratio has dropped heavily to -4.47 which indicates that the investment in ADA right now may attract huge losses or that the investment itself is very risky. 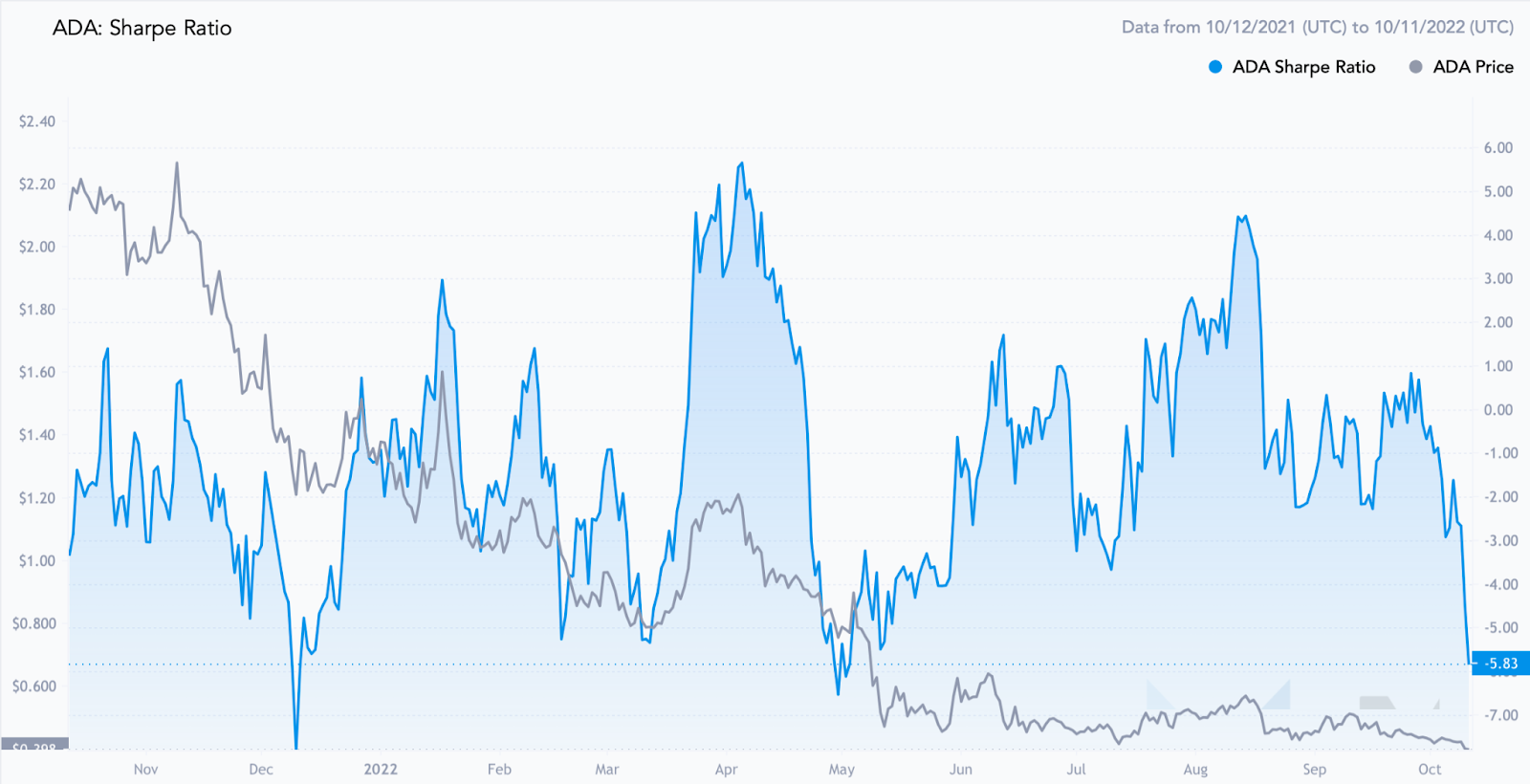 Overall, the situation does not seem to be in the bulls’ favour right now because the majority of the metrics are quite negative and point to the emergence of a bearish trend. Market participants shouldn’t be shocked if Cardano’s (ADA) price adds up to zero in value if the bulls persist in staying offshore for an extended period of time.

Cardano to Plunge Hard at the Start of October! Analyst Maps Entry and Exit Levels For ADA Price