FTX’s Demise Has Pushed Bitcoin Miners To Worst Situations! This Is How BTC Price Will React Next

The crash of the popular crypto exchange FTX has become an embarrassment for the entire crypto space as it failed to build trust among users and provide properly secured infrastructure.

FTX’s demise has undoubtedly thrashed several investors with a loss of billions of dollars and forced miners to give up their mining journey as their profitability has significantly decreased due to the market crash.

It is anticipated that the current crypto winter will have a prolonged effect on the market, extending by several months or even a year, as the remediation will take enough time.

Bitcoin miners seem to be in trouble as the crypto winter has not spared them from the impact of FTX’s collapse.

As Bitcoin trades near a vast bearish region of $16K, the mining potential of BTC miners decreases along with reduced profitability.

The margins of Bitcoin miners have been pushed into a compressed area as BTC holdings held by miners have touched a low of 1.826 million BTC, which is worth $30.6 billion. 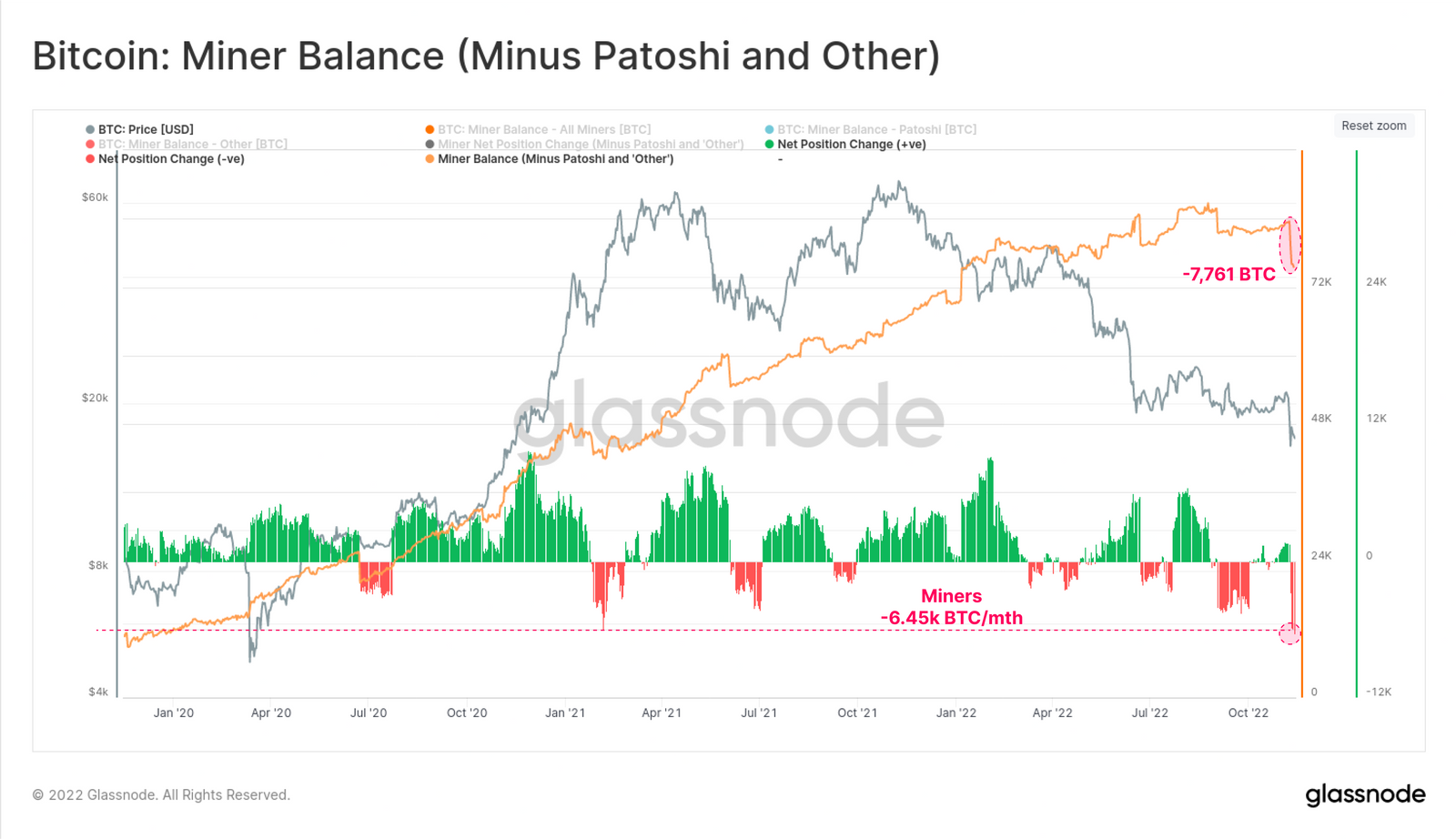 Moreover, on-chain analyst firm, Glassnode, highlighted that the miner net position change has slipped to 10,972 BTC, the lowest since January 2022.

The BTC hash rate made a sharp decline, forcing miners to liquidate their positions of around 9.5% of the treasury, the steepest fall since 2018. 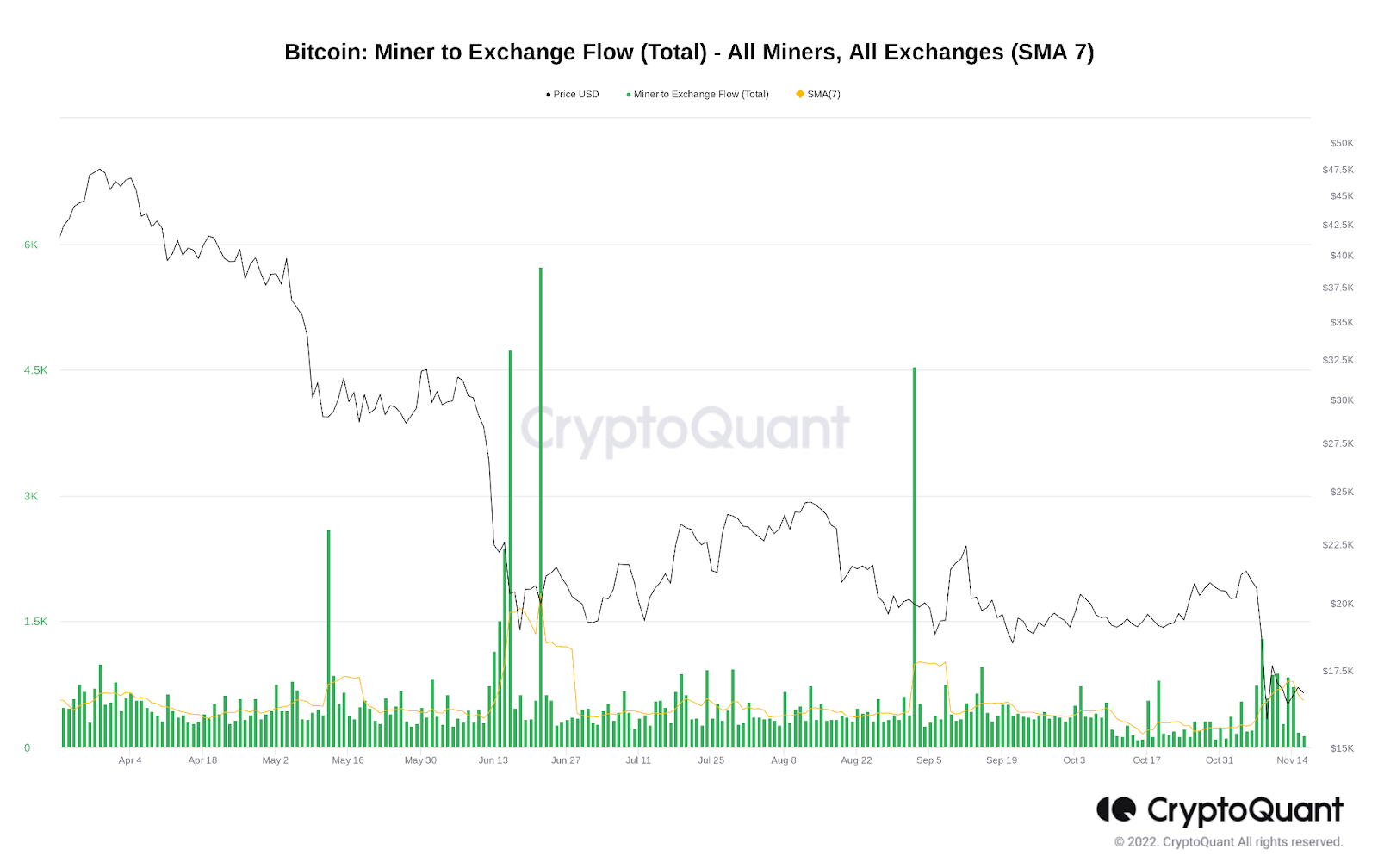 Another on-chain data provider, CryptoQuant, mentioned that miners exchanged a total of 1300 BTC on 8 November, the day of FTX’s collapse. The FTX’s failure has played a significant role in creating selling pressure in the price chart by BTC miners.

Additionally, Miner Position Index (MPI) has also made a low since May, indicating considerable momentum in BTC outflow by miners with respect to their one-year moving average.

Is It The Final Capitulation For BTC?

The downfall of FTX has become a black eye to the crypto industry as it has barred the market from making green candles in the price chart. The horrific event has trapped the BTC price near its crucial support region with no sign of a reversal.

BTC previously made monthly support at $18K, but a breakout below this has slumped the digital asset hard to the bottom line.

However, BTC tried to recover as it attempted to break its immediate resistance level of $17K following the news of Binance’s introduction of a reserve fund. It failed to hold its price after facing rejection.

Bitcoin price is now at a recovery phase at $16K as it forms a support level and continues to trade above it. Bitcoin is currently trading at $16.5K, which is above the 100-hour simple moving average, and a breakout above its immediate resistance level of $18K may bring a slight hope of a bullish comeback to investors as BTC can aim to trade near its EMA-100 trend line at $20.5K.

However, the RSI-14 still trades at an overselling region of 36-level, which can be a signal of a further downtrend for BTC.

If BTC falls below its Bollinger band’s lower limit of $15.5K, which is a crucial support level for initiating a bearish momentum, BTC price can make a bottom price range of $13K-$14K in the next few weeks. 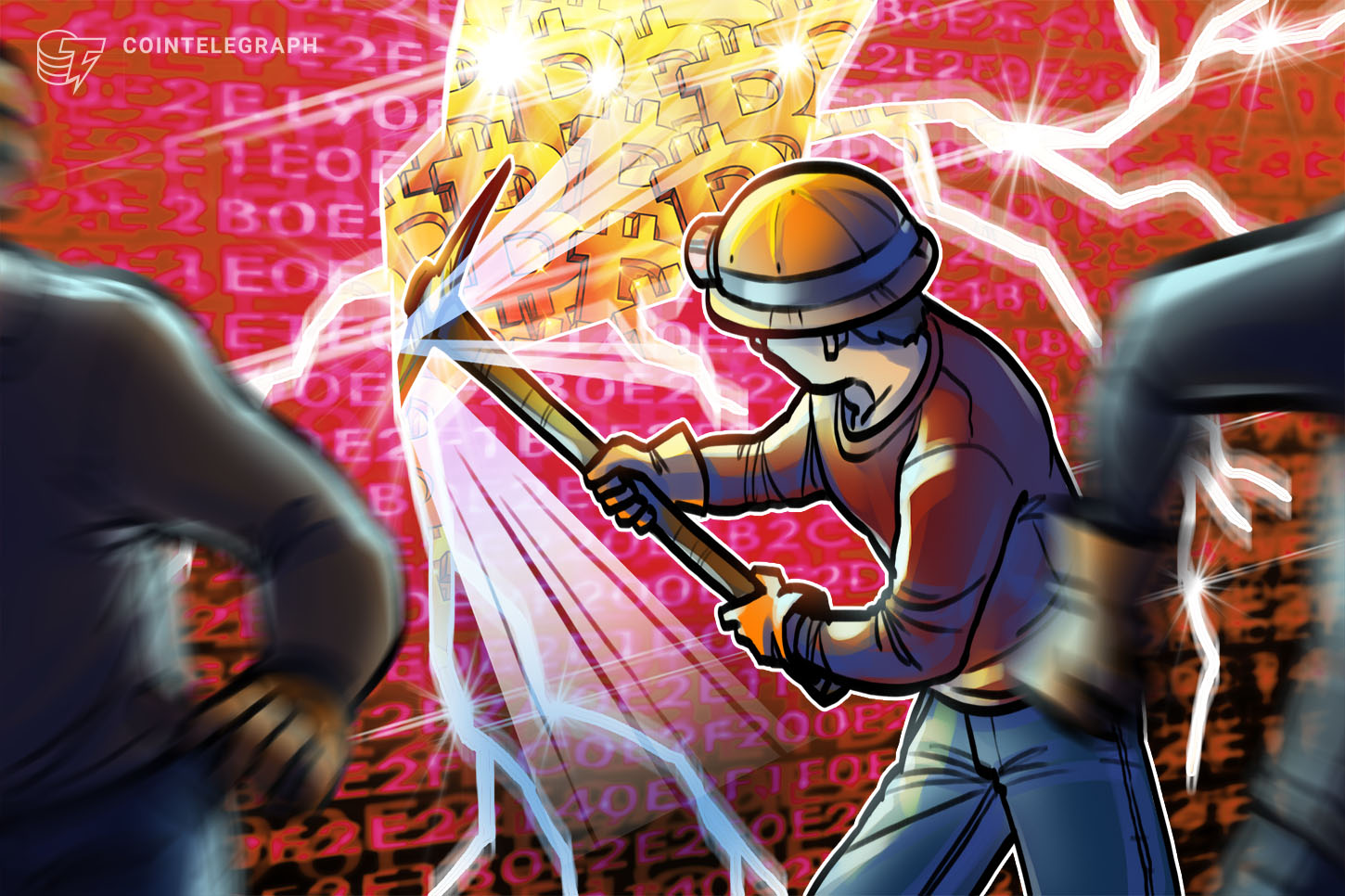 Here’s What Next For Bitcoin (BTC) Price Amidst FTX Bankruptcy