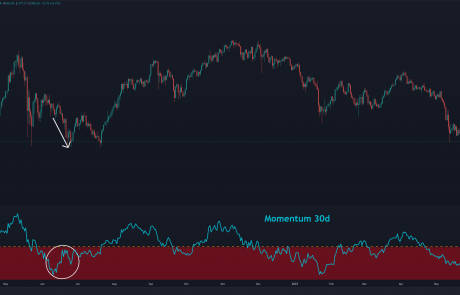 Ethereum failed to break the resistance at $2000 in the last few days. The price once again formed a lower high, reaffirming the dominant positions of sellers.

On the daily timeframe, the structure appears to be bearish. The bulls have repeatedly failed in their attempts to form a higher high.

Now, the momentum indicator is a tool that can be used to gauge the momentum of a financial instrument. Simply put, it compares the current price with the previous price from a given number of periods in the past. The market is considered to be bearish when the indicator moves below the baseline (in red). On the other hand, when it goes above it or towards zero, a potential reversal becomes more probable.

Right now, the index is below the baseline, but it’s also forming a divergence with the price. This has happened once during 2021 (in white), and the price surged to an all-time high.

If the bulls defend the support at $1.7K and the indicator enters the bullish area by breaking the resistance at $2.2K, a bullish trend in the mid-term would become more probable. 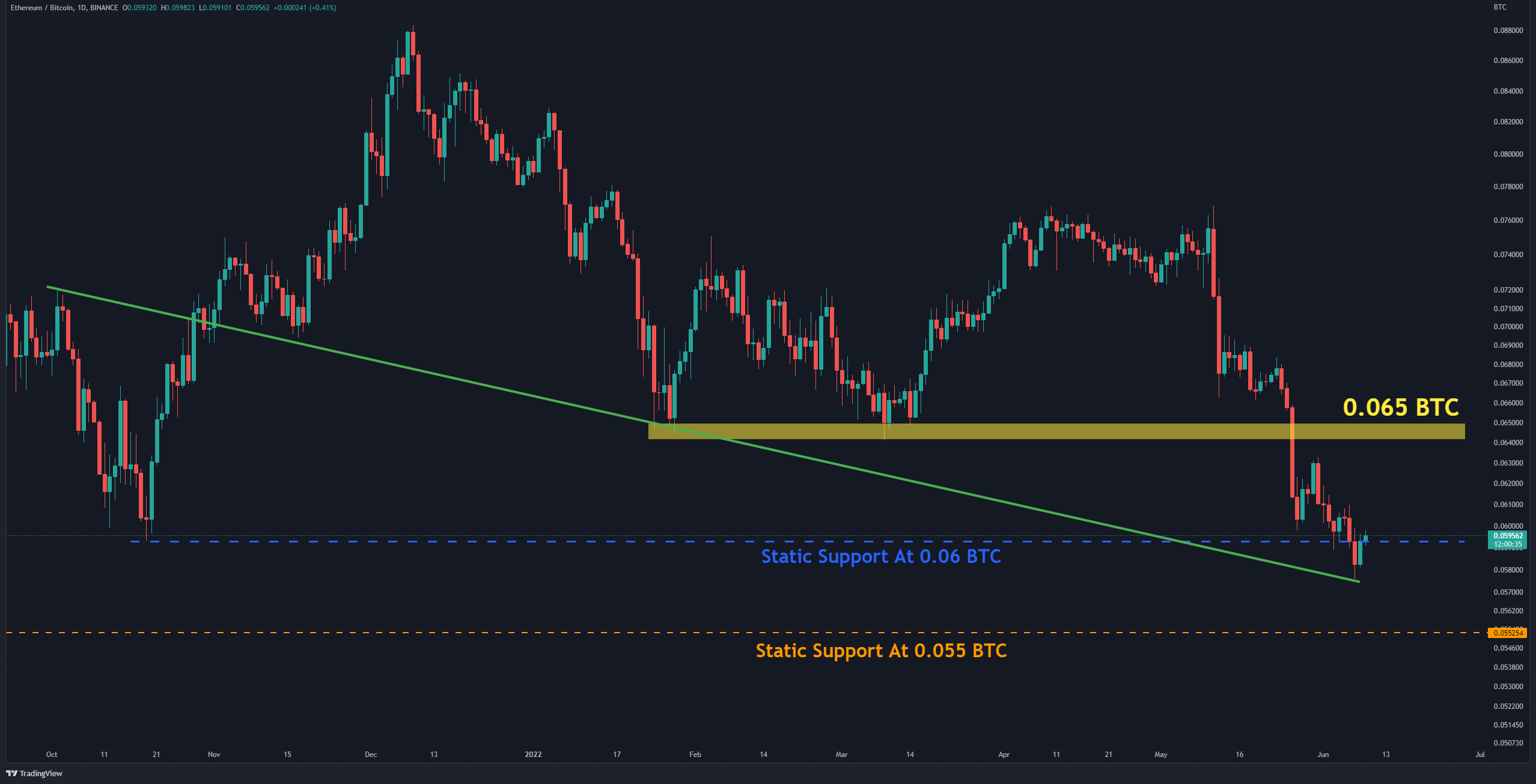 Against BTC, the cryptocurrency recorded a new bottom in the recent downtrend. While the bears were able to push the price below the static support at 0.06 BTC (in blue), the bulls defended the dynamic support (in green). The overall structure in this chart is also bearish. The formation of lower highs and lows indicates that there is no sign of a reversal. As long as the price trades below the static resistance at 0.065 BTC (in yellow), a steady upward increase remains unlikely. 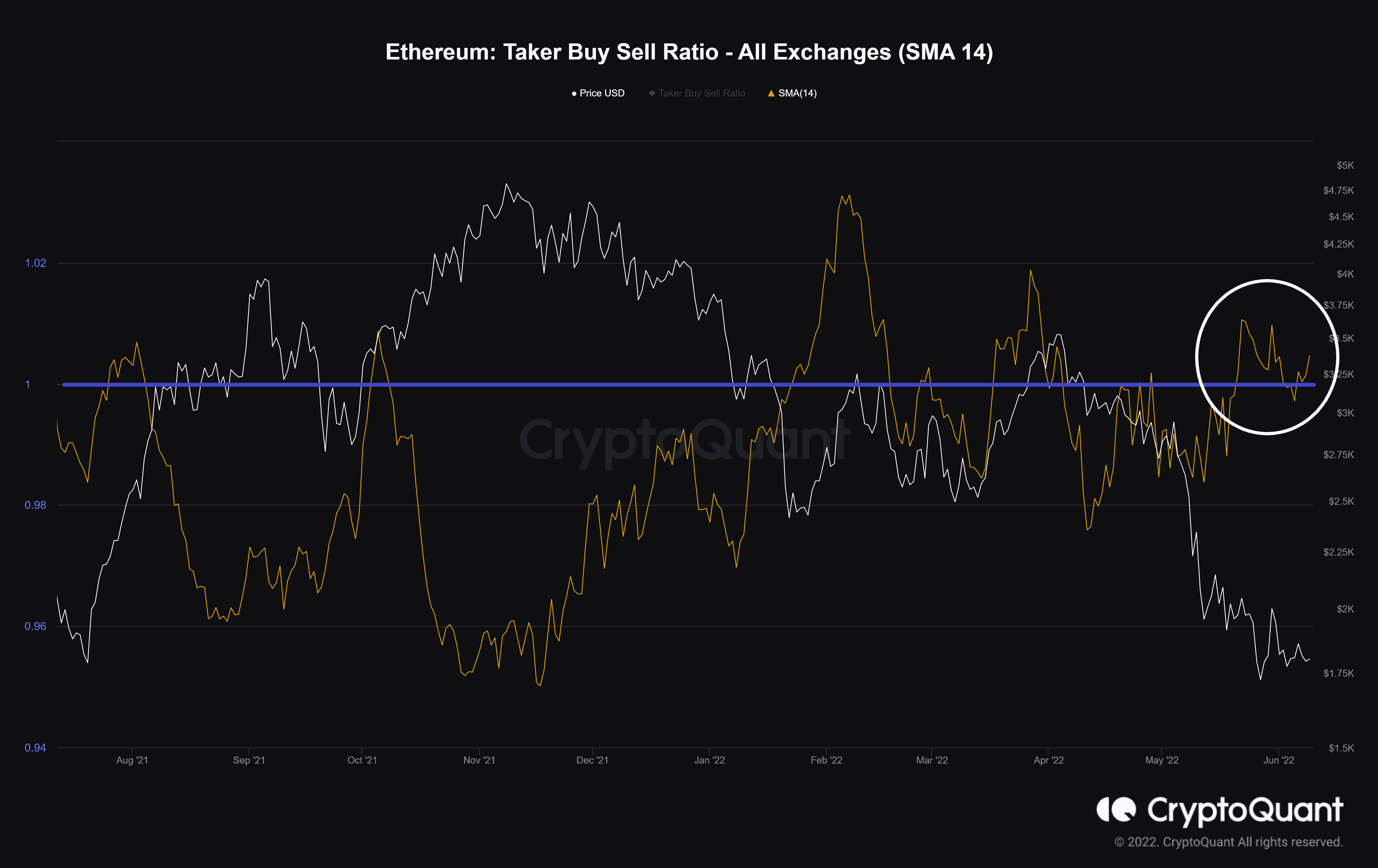 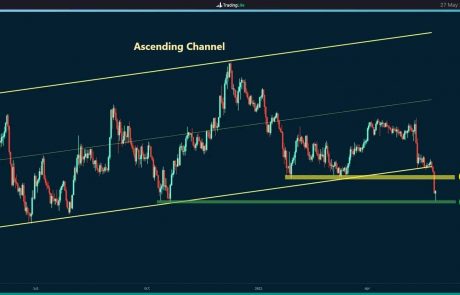 ETH Price Analysis: Ethereum Down 5% Daily but is a Reversal in Play? 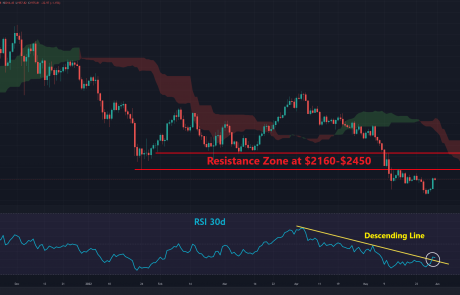 ETH Price Analysis: 16% Recovery For Ethereum, But is the Pain Over? 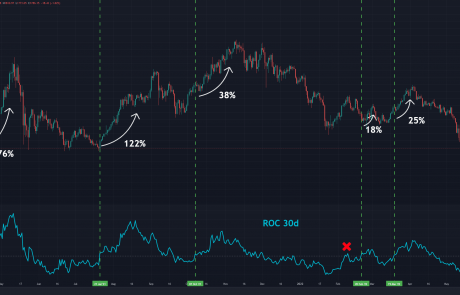