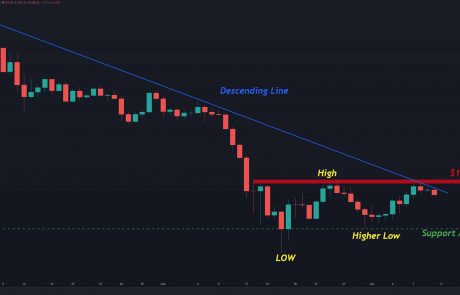 In their second attempt, ETH buyers failed to break the significant resistance at $1,280. The good news is that ETH could break above the 20-day moving average line, which now turns into support ($1150).

The formation of higher highs and higher lows is necessary to confirm a bullish reversal. As of now, after bottoming at $881, ETH formed a higher low at $1K. However, a higher high hasn’t been formed yet.

Over the past few days, ETH attempted and failed to break the following significant resistance area combined from the intersection of the marked descending line (in blue) in the range of $1,280-$1,300, together with horizontal resistance (in red).

In conclusion, buyers need to push the ETH price above $1,280 to gain sufficient momentum, form a higher high, and aim for higher targets – even $1,700.

On the other hand, in case the above range can’t get broken above, ETH will likely face another retest of the $1K support zone (in green). In this case, breaking below $1000 invalidates the bullish structure.

The other possible scenario would be that ETH will fluctuate between $1,280 to $1,000 for a long time. This scenario is a golden opportunity for short-term speculators that follow a range-trading strategy. 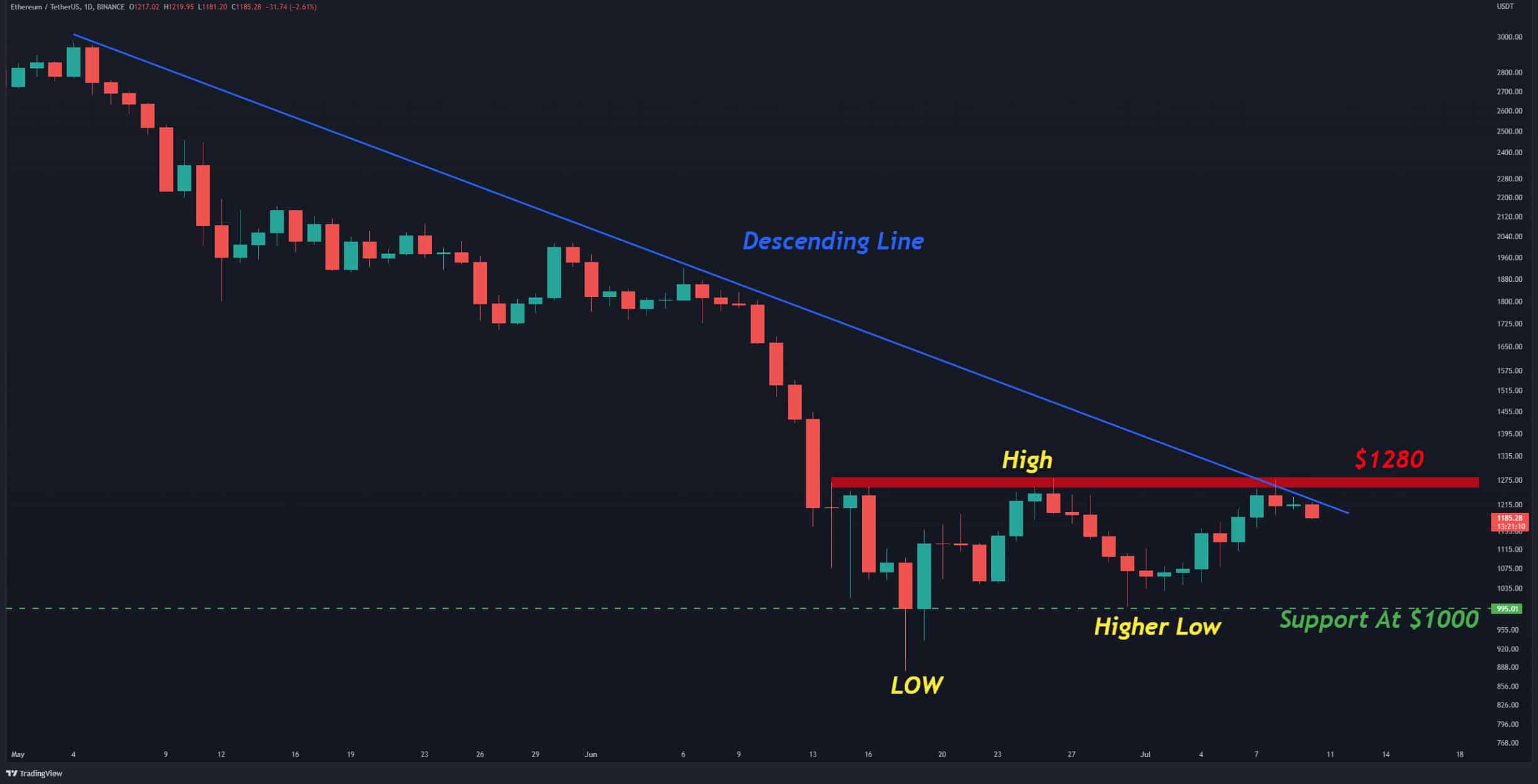 As it seems now, the critical support remains at the 0.05 BTC area. 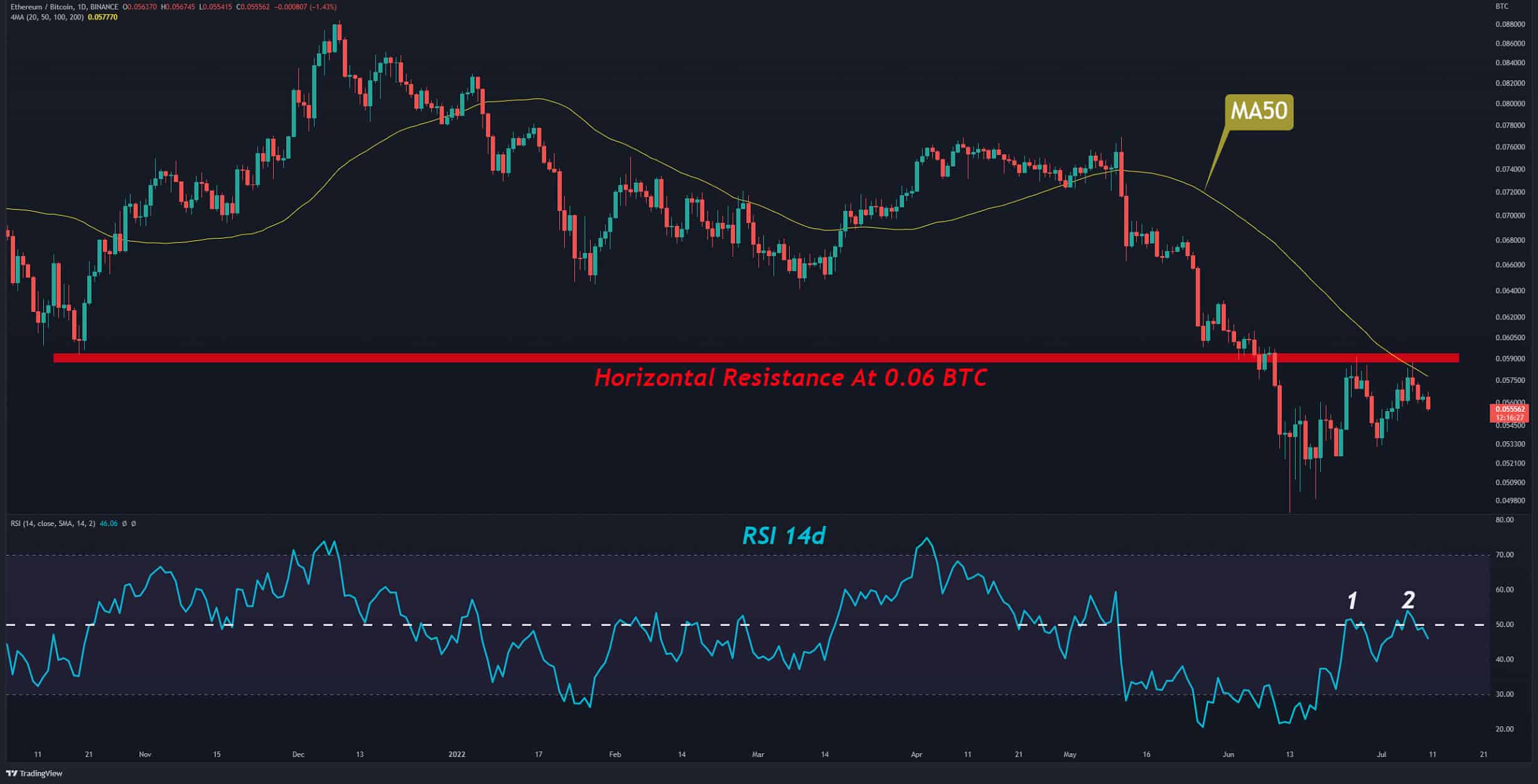 Despite the price increase in the past days, it is still observed that the number of Ethereum tokens transacted daily is similar to when the price was near its all-time high levels.

Also, the number of active addresses had started to increase again. These changes often lead to high fluctuations and price volatility. It is important to note that the supply held by non-exchange addresses is also decreasing. Due to approaching the time of the ETH Merge upgrade, these changes will probably have a significant impact on the next short term for the second-largest cryptocurrency. 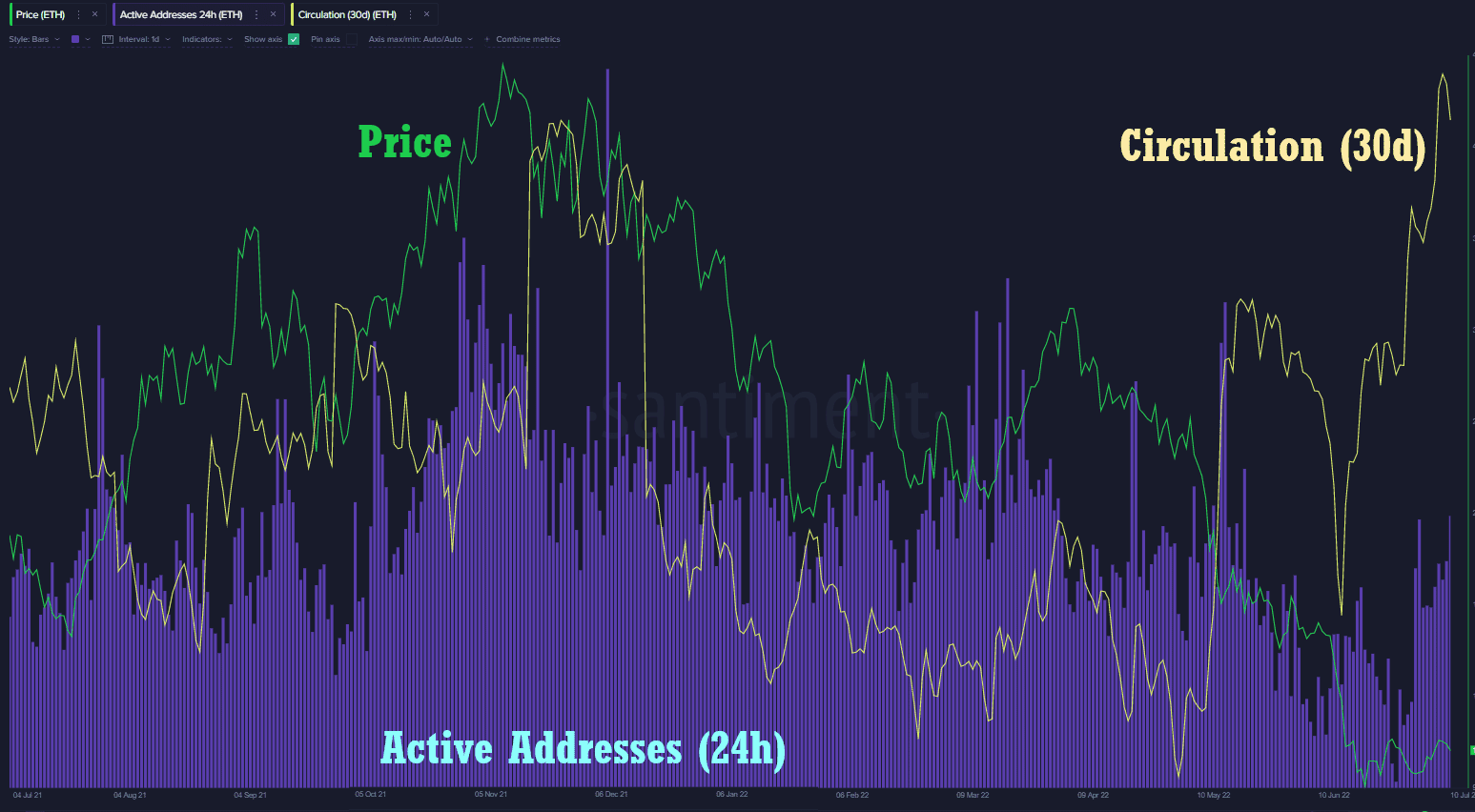 Ethereum (ETH) Price Analysis: Could This Be the End of Market Crash? 

Ethereum Price Continues to Hover at $1000! What’s in Store For Weekend For ETH Price