Ethereum displays the possibility of a long squeeze as the asset appears to have pushed for an early rebound. Earlier, the asset failed to hold the upper resistance above $1700 which indicated the exhaustion of bullish momentum. However, it was believed that the plunge could drag the price lower towards the local support at $1550. But the recent price reversal signals mounting strength in the rally.

The current trend reversal may certainly appear to be pretty bullish but in the meantime, the pattern may flip into a long squeeze, especially if it lacks bullish momentum. If the current upswing is organic, then the asset should either retest the immediate highs at around $1730 or try to flip these levels forming new highs. If the price trembles down at any moment during this rally, the price may drop heavily close to the immediate support.

If in case the bulls maintain their strength then the chances of the asset reaching beyond $2000 appear to be pretty high. Conversely, the fear of the long squeeze may be nullified, if the ETH price fills the gap around $1470. In such a case, the market participants may even drag the price lower to test the July lows below $1400 which may trigger a trend reversal.

However, the investors who went long on the Ethereum (ETH) price rally may face some losses which may be short-lived.The price may hit the lower support just below $1300 before igniting a strong rebound to test the upper target at around $2000 in the coming days. 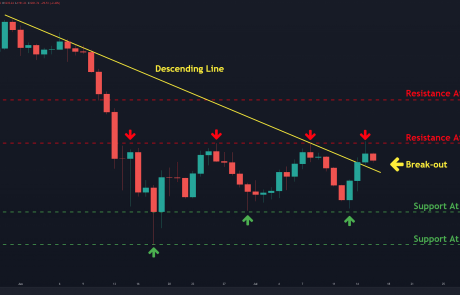 Ethereum(ETH) Price Tumble Down Ahead of FOMC Meeting, What’s Next?