September has been historically bearish and its strength was proved yet again as, despite the immense positive sentiments around the Ethereum Merger, the ETH price failed to surge.

The ETH price underwent a short-term bounce which was followed by a drop below $1600 again. Now, when the Cardano platform is due to undergo a Hard fork in a week’s time, investors believe the trend may be mirrored.

The ADA price, regardless of the trends is expected to plunge hard after the pressure built up around $0.48 breaks. 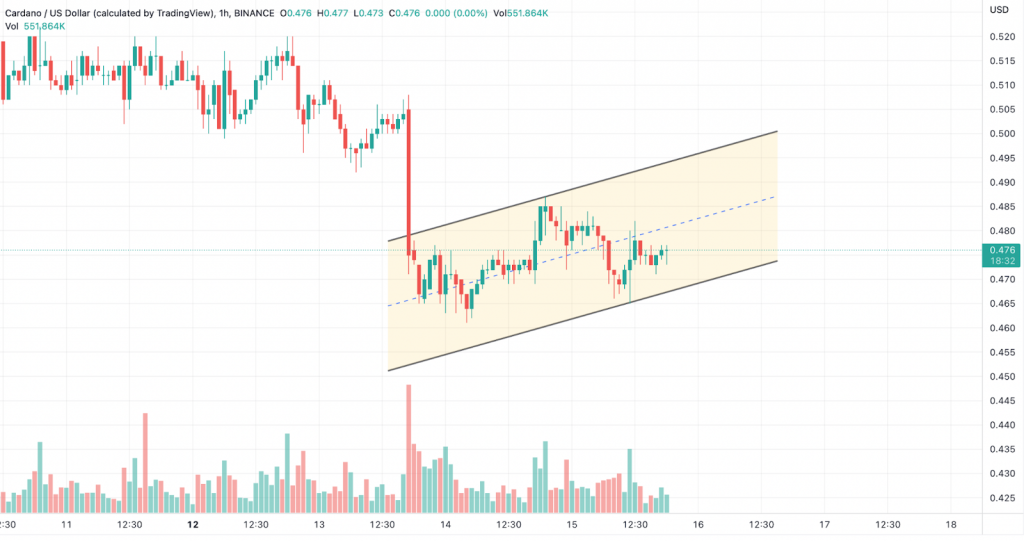 The ADA price slipped to the lower bands of the parallel channel and headed towards the lower support. The token has formed a double bottom pattern and may rise beyond the middle bands in the coming few days. Currently, investors are struggling with the fast-moving components of the markets. Further, after a slight pullback, the traders jumped in which triggered a slight recovery but failed to recover the losses.

In the coming days, Ethereum’s price, which is currently stuck between $0.488 & $0.46 is expected to continue with its downside. Another leg down could trigger a drop to $0.42 levels in the coming days. However, it would be fascinating to watch whether the Vasil Hard Fork could induce significant bullish momentum soon or not. How Will NFT Market React To the Ethereum Merger Event?