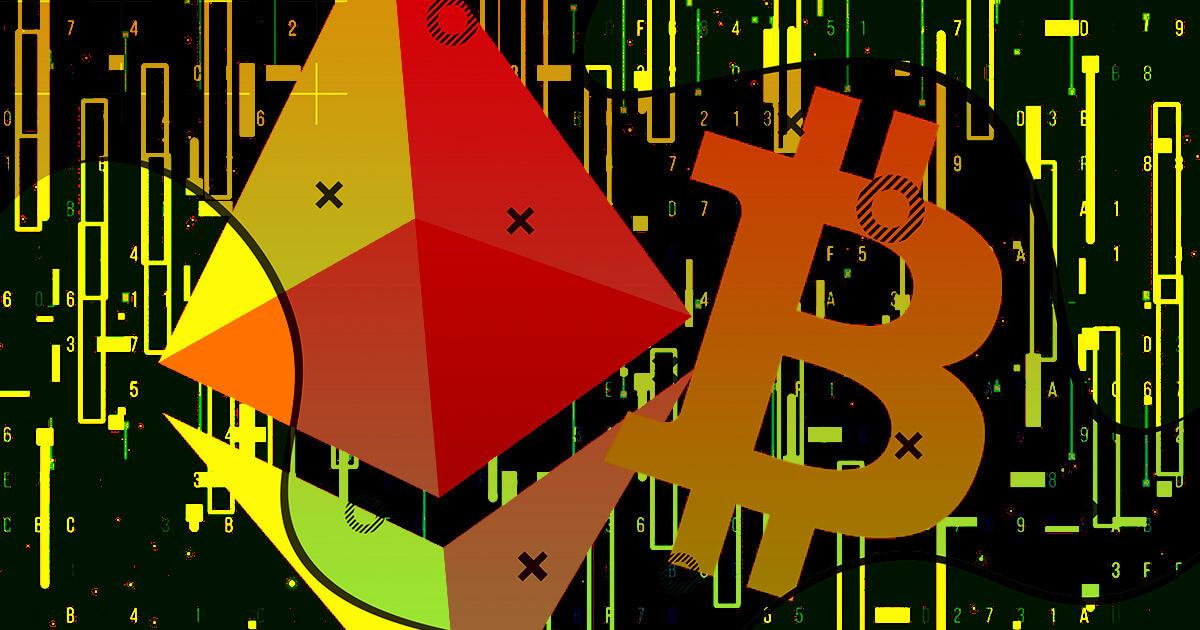 Ethereum (ETH) has regained its peak dominance against Bitcoin (BTC), according to Glassnode data analyzed by CryptoSlate.

The BTC-ETH Dominance metric is an oscillator that tracks the macro outperformance trends between the top two crypto-assets. It considers only the market cap of Bitcoin relative to the combined market cap of the digital currencies.

So when the metric is over the pink line, ETH is outperforming on a relative basis and vice versa with the green line for BTC.

A look at the charts showed that Ethereum’s dominance over Bitcoin has risen since July 2021 and peaked in July 2022, just a few months before the Merge. 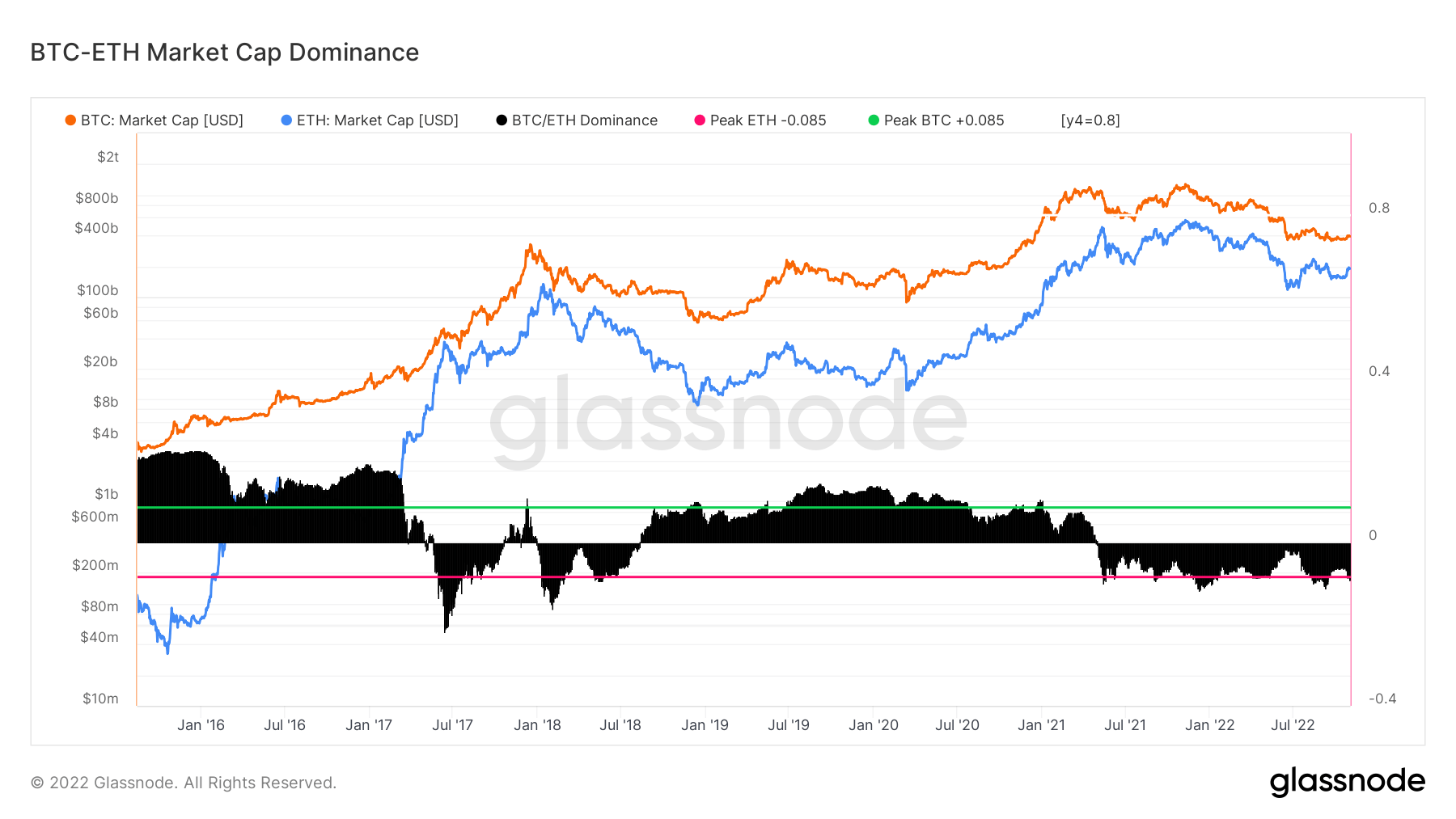 BTC maintained its dominance over ETH throughout 2016, but ETH’s 2017 bull run saw it overtake the flagship digital asset in market dominance. Bitcoin briefly reclaimed the spot in early 2018 but soon lost it again to Ethereum.

However, BTC took the spot throughout the second half of 2018 and maintained it till 2021. By July 2021, ETH dominance started returning, peaking in July 2022 when it recovered some of the losses caused by the Terra LUNA collapse and when the network was preparing to migrate to a proof-of-stake network.

ETH’s price performance in October beat that of Bitcoin, according to Santiment data.

📈 #Ethereum's price dominance over #Bitcoin and most of #crypto has continued as October is coming to a close. This has come following a spike in new $ETH addresses created. Address activity will likely need to recover for a confident continued rally. — Santiment (@santimentfeed) October 30, 2022

In a month mostly characterized by hacks and the outlying rise in meme coins values, ETH managed to increase by over 20%, according to CryptoSlate data. The digital asset was trading at around $1,300 at the start of October and ended up trading for $1,500 as of Oct. 31.

Within the same period, Bitcoin registered only a 6% increase. It traded at around $19,500 at the beginning of October, finishing the month at above $20,500.

Meanwhile, both assets have had a poor start to November; ETH has lost roughly 3% of its value in the last 24 hours, while BTC is down by 0.6%. However, the top two coins have maintained their support levels of $1,500 and $20,000, respectively. 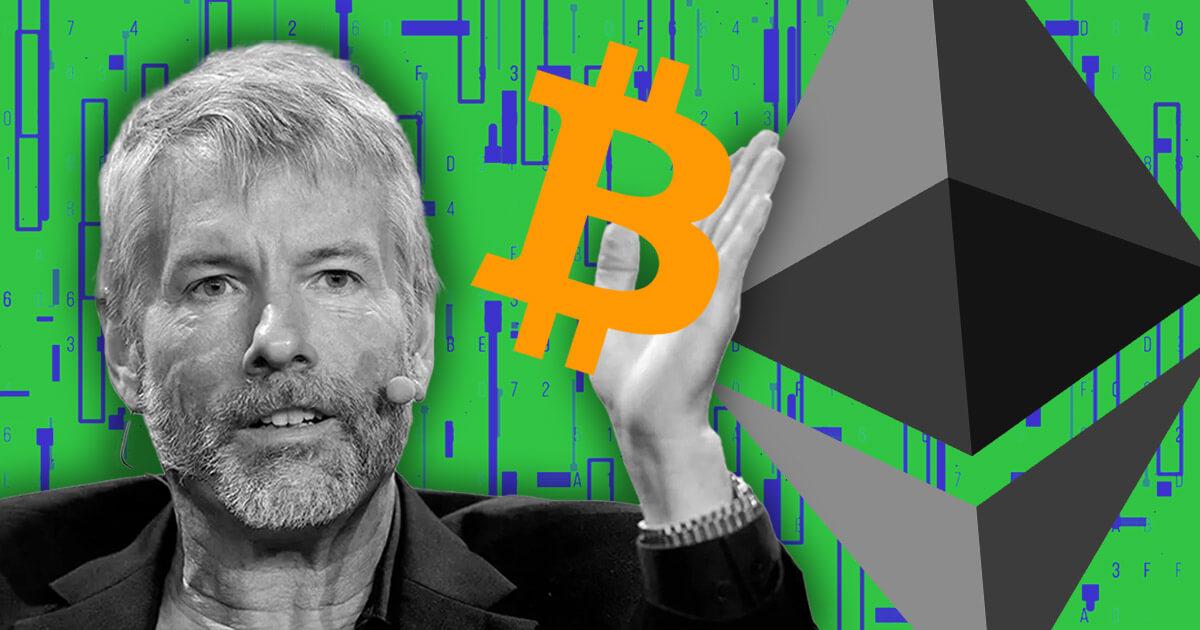 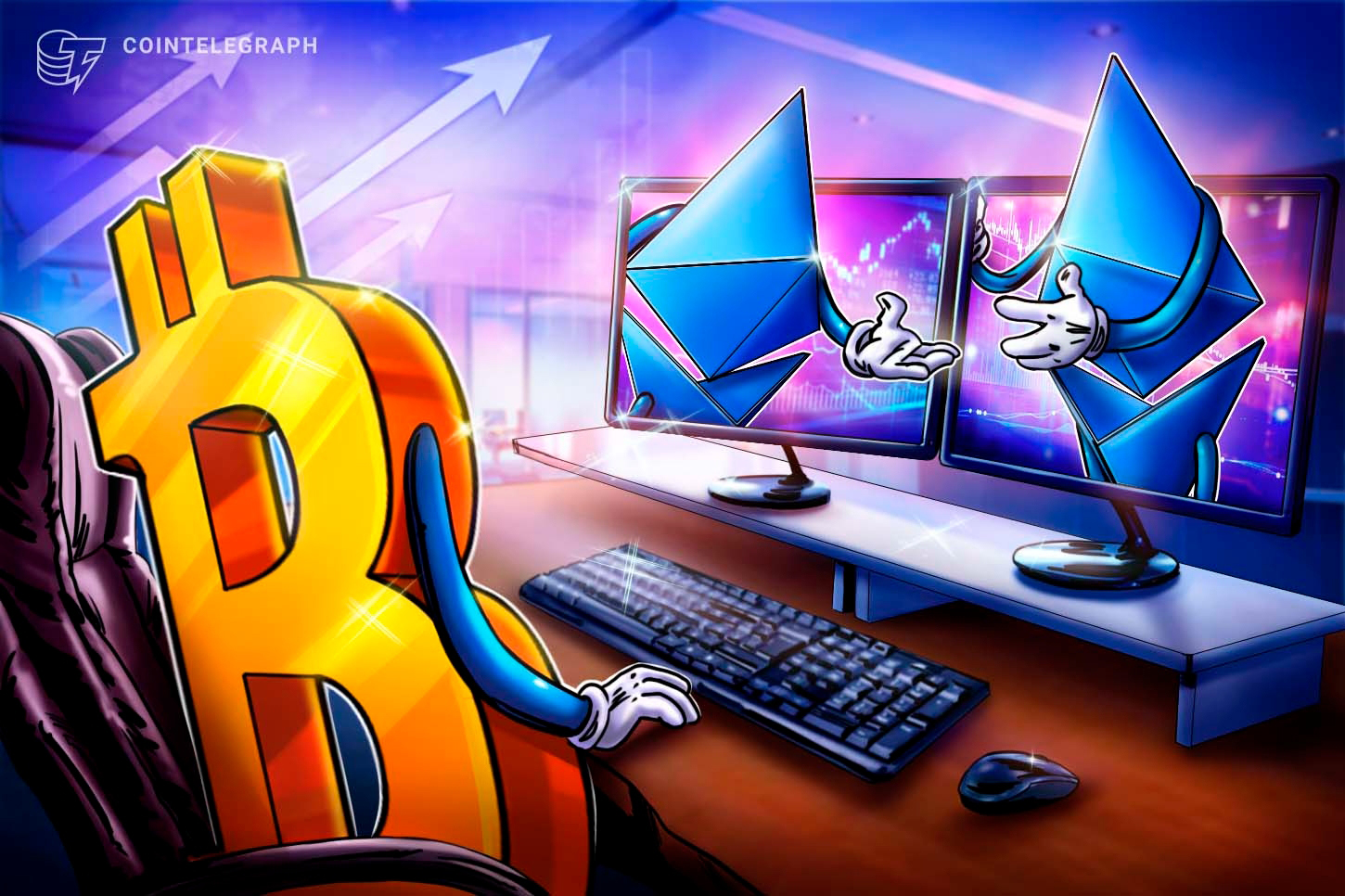 Apples and oranges? How the Ethereum Merge could affect Bitcoin 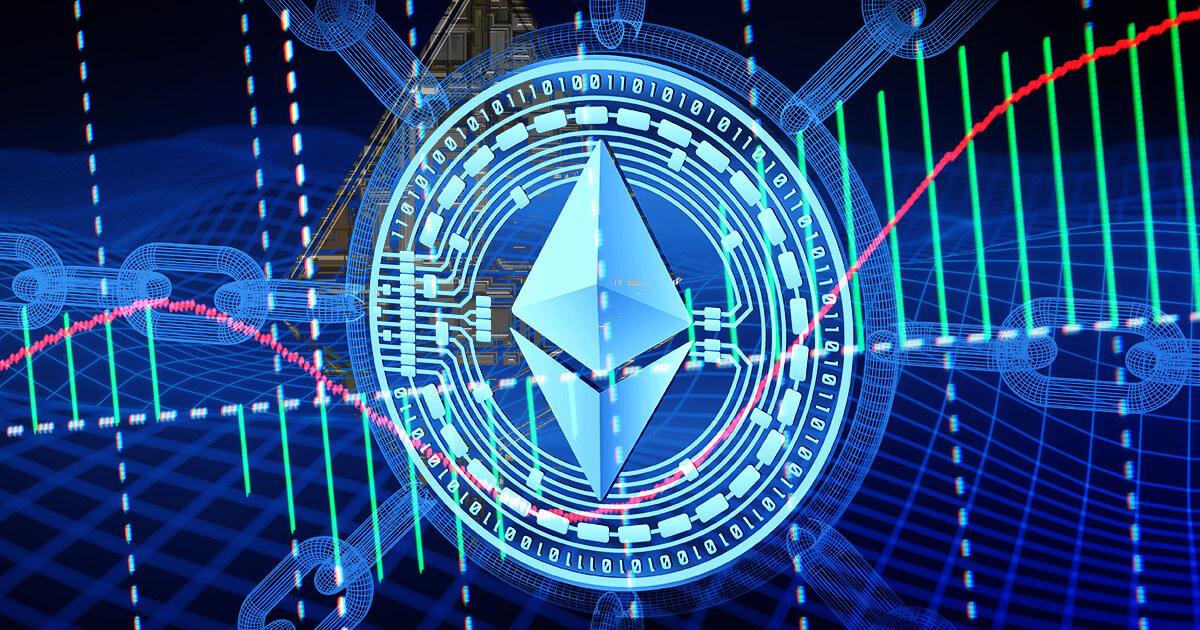