Here’s How Ethereum (ETH) Will Perform In The Month Of September!

In the last couple of days, the second largest cryptocurrency has lost its crucial trading level of $1,600 and had plunged to $1,400 levels. However, at the time of reporting Ethereum has slightly moved upwards by 5.03% over the last 24hrs and is trading at $1,555.

On the other hand, one of the analysts at Bloomberg put forth his technical analysis claiming that the lead altcoin will soon decline to $1,000 for the first time in two months.

One of the reasons that the analysts give is the increase in market volatility and many other factors that are pointing toward a correction. Among such factors is Ethereum’s price crunch below the 50-day moving average and this is the area that stands between bulls and bears. It’s also important to note that this is the second time that Ethereum has seen a breakdown from this level and this is not a good sign. 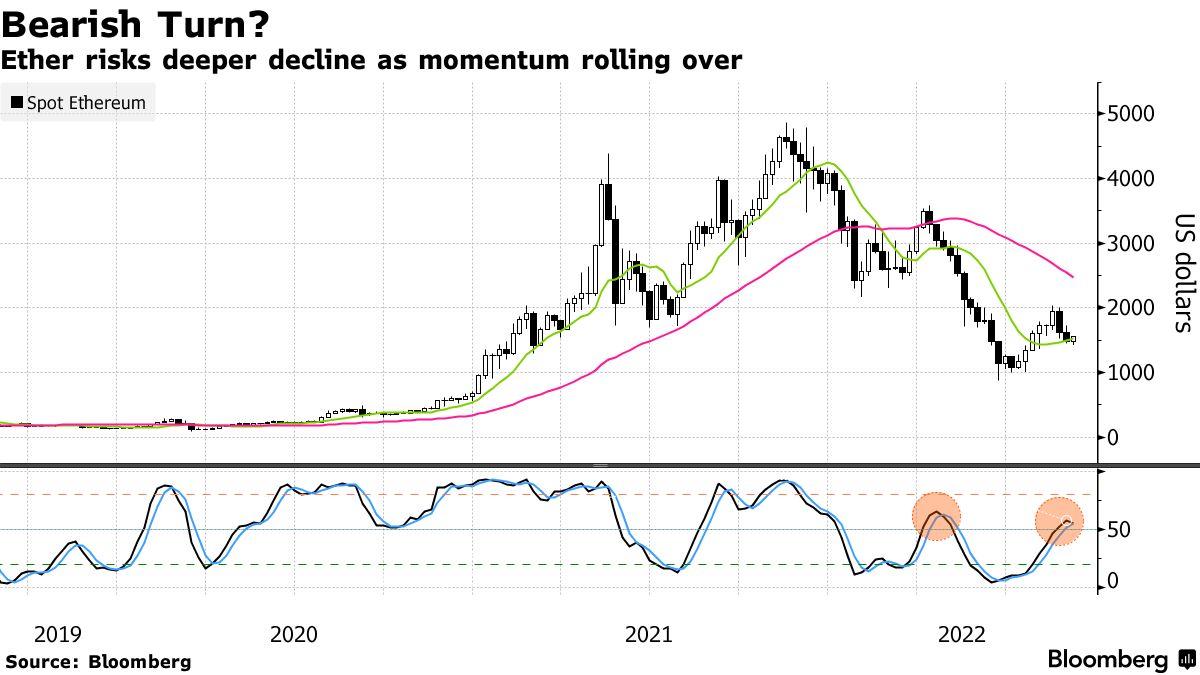 The next factor after the above-mentioned moving average is the stochastic metric. This is the indicator that differentiates between the currency’s present price and a particular price area of the earlier movement and this is used to know the future market sentiment. Now, as per Ethereum’s stochastic indicator, ETH will see a price decline for quite a period of time.

During such a bearish momentum, Fairland Strategy, an analytic firm, claims that it is expected that Ethereum will bottom at $1,000 in the near future. For Ethereum to fall at this level, the currency needs to drop by 35% from its current level.

Fortunately, given the effective testing of the Merge upgrade and the absence of technical problems, it is still not understood what can cause such significant selling pressure on Ethereum in just a few days.

The last time this happened, Ether lost about 40% of its value in a matter of days due to the UST disaster, which caused the market to consolidate for a month. Despite ongoing macroeconomic problems that affect both financial markets and virtual currencies, the sector is currently still generally quiet.

Ethereum(ETH) Price May Hit Above $2000 By September End! Here’s the Next Strategy