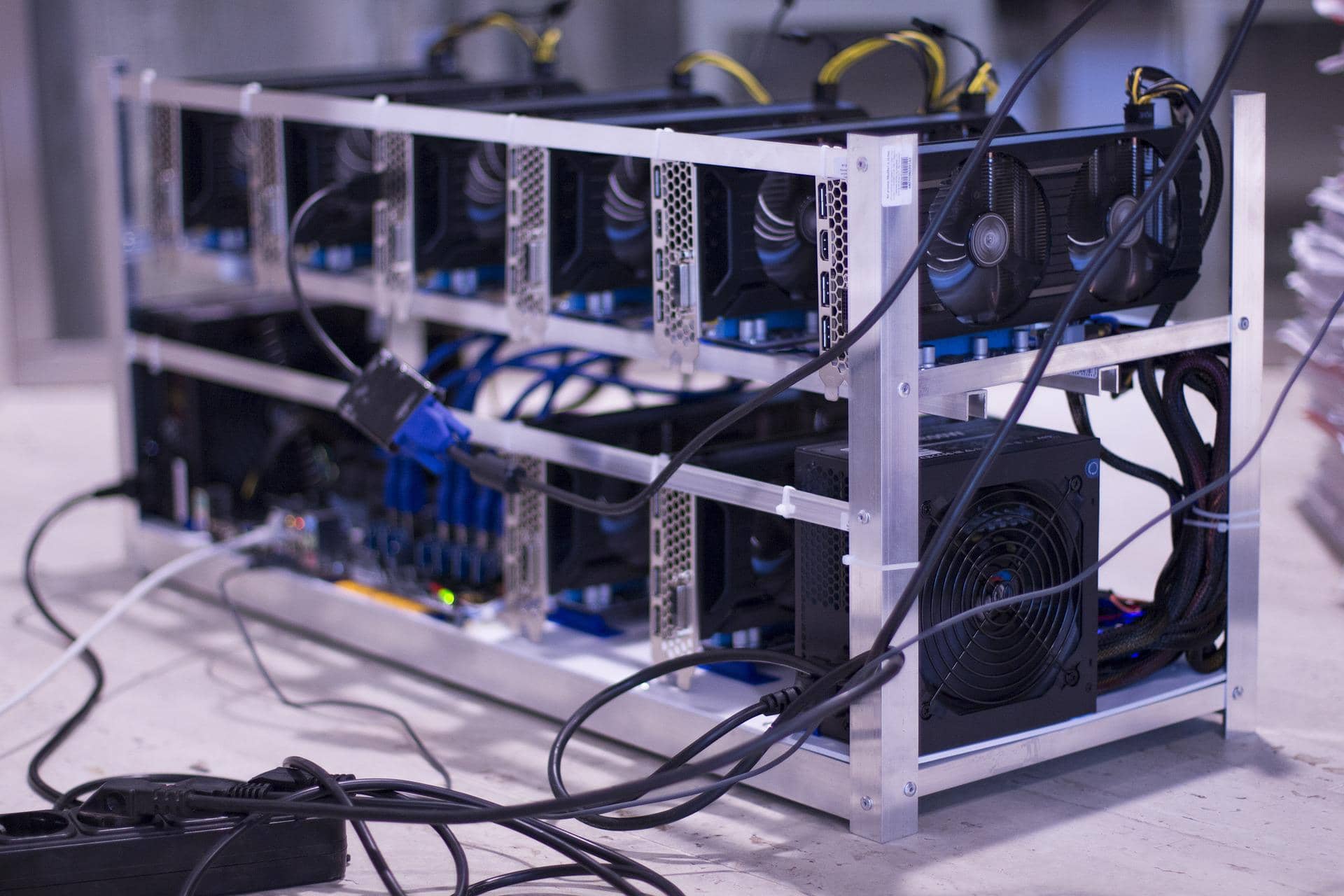 As per the stats of Thursday, Ethereum Classic’s hashrate, a measure to calculate the total power being used for mining, has skyrocketed by 280% in a day following the Ethereum merge. ETC’s terahash per second (Th/s) boomed from 64 Th/s to 183 Th/s as per the industry estimates. This indicator points out that miners who closed their shop on the ETH network have moved to ETC as the Ethereum mining hardware is still compatible with the Ethereum Classic’s mining chip, Ethash.

Ethereum, the second most known cryptocurrency after Bitcoin, has unveiled its most significant upgrade to transform the network from Proof of Work (PoW) to Proof of Stake (PoS) consensus on September 15. Alongside, it unemployed a big part of miners on the Ethereum network as its upgrade to PoS has killed the need for mining. But as the billions of mining accessories purchased can’t go wasted, miners tend toward Ethereum Classic (ETC) to continue their work.

Although the sudden increase in the hashrate coincides with the Ethereum merge, the ETC’s hashrate has been increasing already though. For example, the ETC hashrate has increased nearly 500% in the previous month.

Citing the transition to PoS, Vitalik Buterin, the founder of Ethereum, also has been endorsing miners to move on to Ethereum Classic to continue their work. Vitalik added in a statement;

Who here wants to cancel Proof of Stake?…There are plenty of blockchains, like there is Ethereum Classic, which is the original Ethereum which did not betray the vision by forking TheDAO. It’s a very welcoming community and I think they’ll definitely welcome Proof of Work fans…If you like Proof of Work, you should go use Ethereum Classic. It’s a totally fine chain. 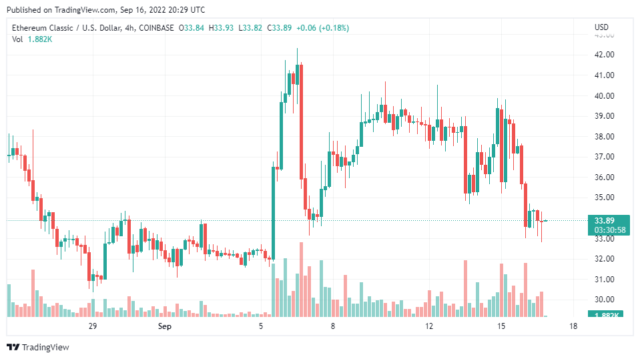 Besides the miners moving to Ethereum Classic post the merge, they also showed interest in some other PoW platforms, including Ergo, Ravecoin, and Flux. Likewise, a data analysis firm dedicated to mining, 2Miners, concluded that Ergo’s network has recorded a rapid growth of 400% in 24 hours following the merge, sitting the hashrate at 137 Th/s. And the Ravecoin’s hashrate sees a jump from 9 Th/s to 14.34 in a day following the merge.

Mining of ETC can be done quickly via prior developed accessories of Ethereum. ETC needs GPU and ASIC-based machines for mining that are already built by ETH. In addition, the top mining pool on the Ethereum network, Etheremine, is currently become the most significant contributor generating 57 Th/s. The group relies on 30,647 miners in total.

ETC, the native asset of Ethereum Classic, currently trades above $33, up by over 2% in the last hour. However, contrary to the higher mining activity, ETC lost over 10% in a day and more than 11% last week. 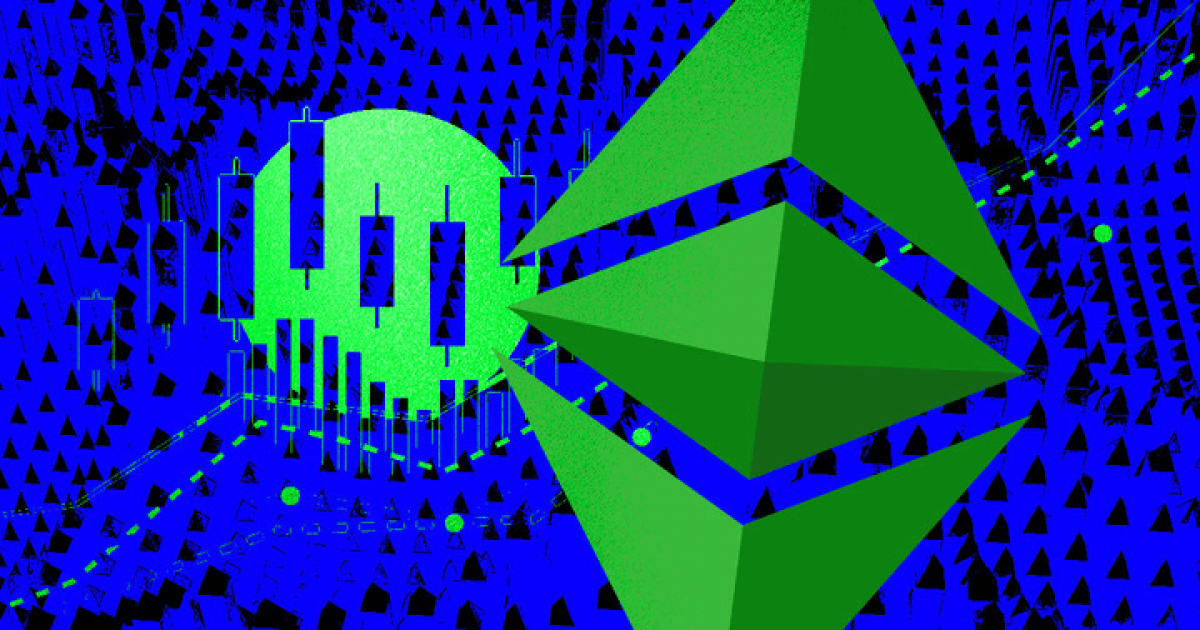 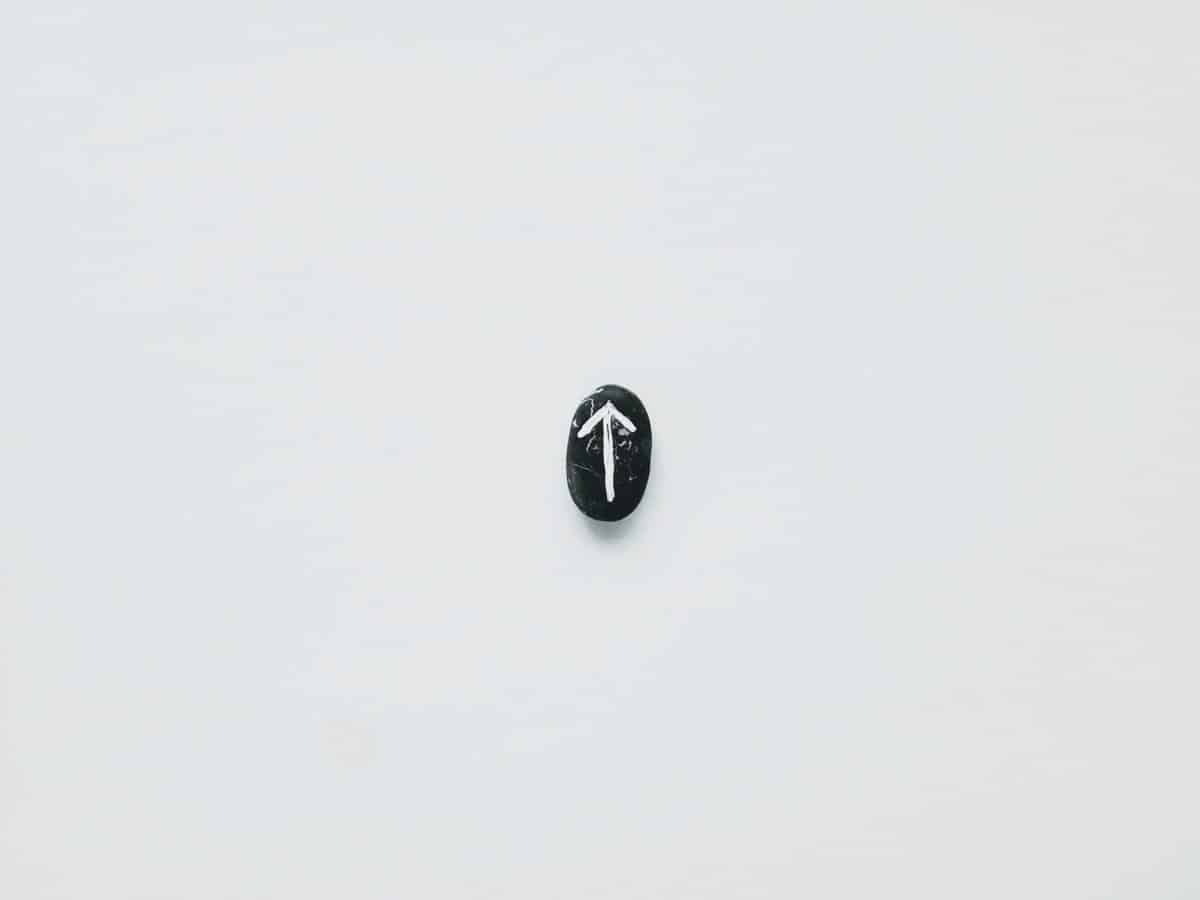 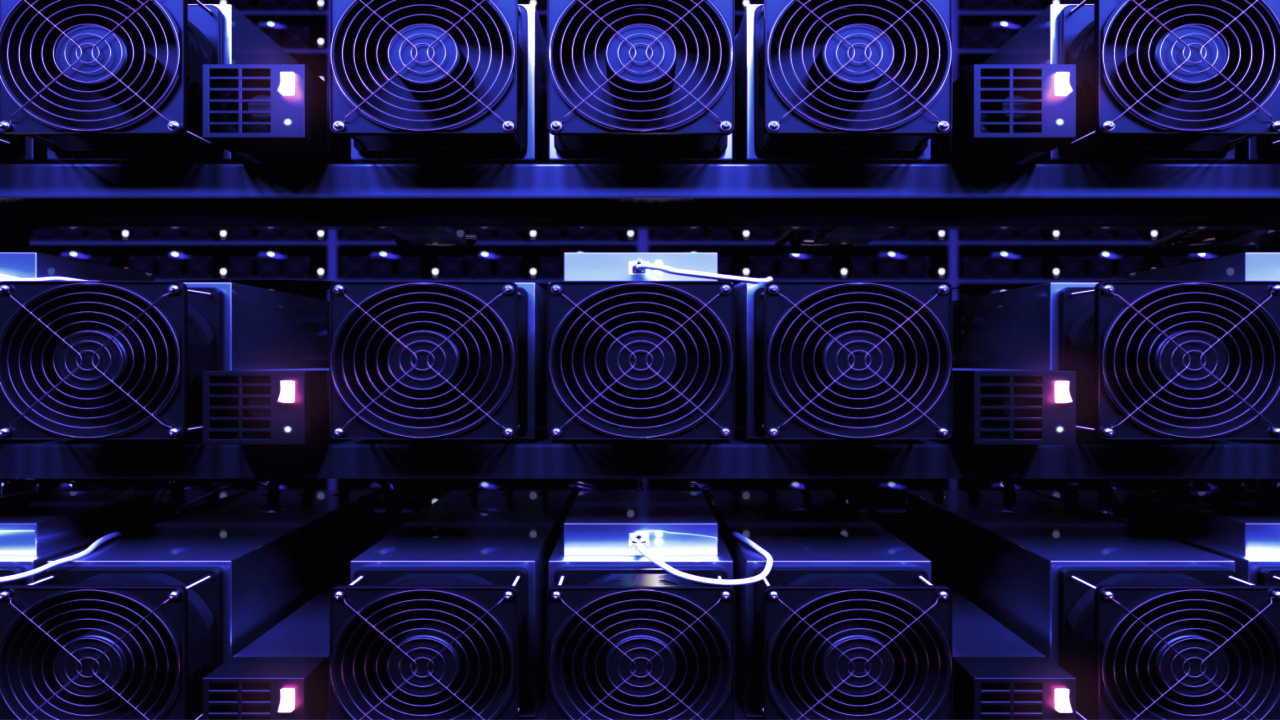