In a surprising move, the Dogecoin prices have inflated significantly and have surged above the crucial resistance, hinting at a stabilised bullish move ahead. While the prices were heavily suppressed under the descending trend line for nearly a year, the recent rebound was pretty much expected. Moreover, the recent announcement of Elon Musk re-offering to buy Twitter at the pre-decided rates is speculated to have dragged the DOGE price above the bearish captivity.

DOGE prices were trading within the bullish flailing wedge for an extended period. After the recent attempt to breach the pattern failed, market participants believed the prices would drop to the lower crucial levels at $0.039. Fortunately, Elon Musk’s buying of Twitter appeared as a blessing in disguise, as DOGE’s price soared above $0.0665.

Furthermore, the prices are expected to undergo a parabolic curve to gain the crucial resistance above $0.07 soon. 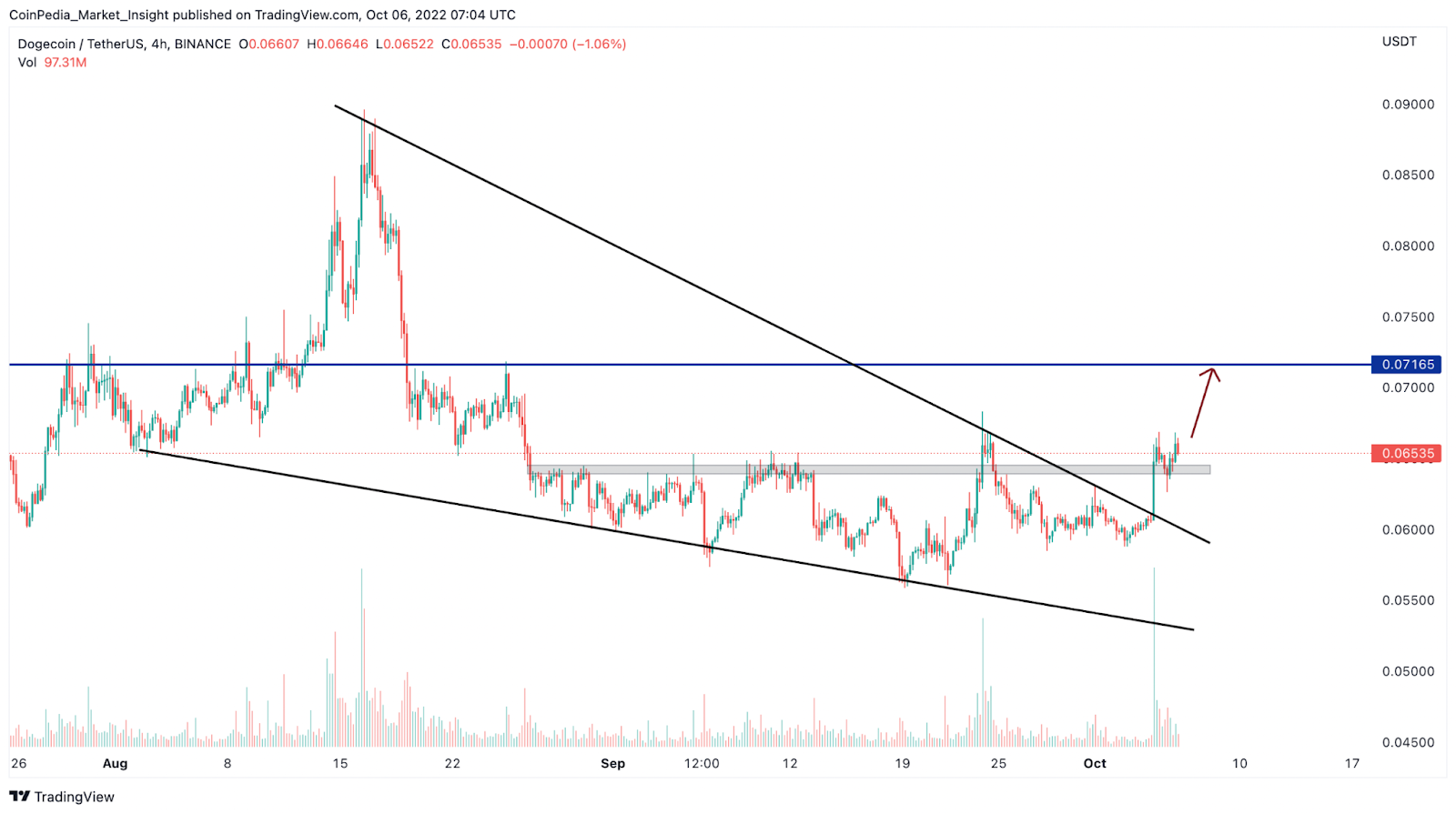 The DOGE price broke above the falling wedge and reached the local highs of around $0.066, clearing the resistance at $0.064. The bears attempted to drag the price lower, but the bulls held The price bounced above the resistance-turned-support zone with significant bullish volume.

In the coming days, the DOGE price is expected to continue to surge high after reaching the apex of the bull flag. Therefore, the immediate next targets for the asset could be around $0.071 initially and $0.08.

Elon Musk’s overall influence is still impacting the Dogecoin price, which was once thought to be independent of external factors. Hence, in the coming days, the prices could mark new highs as Tesla CEO moves ahead to become the new Twitter CEO.

New Whales Join the Dogecoin Army, Will the DOGE Price Withness a Fresh Rally to $0.1?

Dogecoin (DOGE) Price is Expected to go 5x in the Coming Days!