Over 44 Million Contracts Deployed to Ethereum Since Genesis: Research 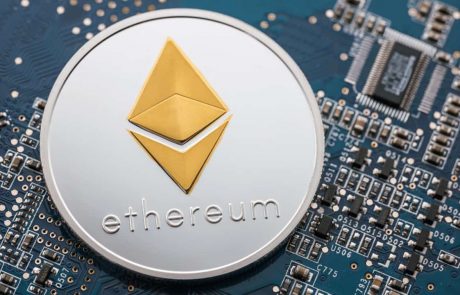 There have been more than 44 million smart contracts deployed on Ethereum since it began, according to Electric Capital engineer ‘Emre.’

He added that remarkably, around 70% of the 15 million or so live contracts are copies of one of 15 templates.

1/ Over 44 MILLION contracts have been deployed to @Ethereum since genesis 🤯I analyzed all 44M using @InsightsFlow so you don’t have to.Turns out, 70% of live contracts (~15M) are copies from one of 15 templates.🧵 Here’s a breakdown of the dominant contract codes — Emre ⚡ (@n4motto) August 3, 2022

Breaking Down The Contracts

He revealed that more than 50% of all contracts, or 22 million of them, have been destroyed in what he believes is an effort to save gas. Furthermore, 10% of the live ones are gas token contracts.

“To disincentivize state bloat, EVM refunds gas to a user for destroying a contract,” he noted before adding that this resulted in users deploying empty contracts when gas prices were low and destroying them when high for a quick refund.

Half of all live contracts, or around 12 million, are forwarders deployed by exchanges acting like a PO box for users. They give users an address custodied by exchanges permitting them to collect ERC-20 tokens sent to users.

There are around a million smart contracts deployed by OpenSea for selling NFTs, he revealed. About 150,000 contracts are ENS deeds, part of the old Ethereum name service domain registration mechanism that are no longer in use.

With around 400,000 contracts dedicated to ERC-20 tokens, they did not make the template list due to variations in them.

According to Etherscan, Ethereum daily verified contracts hit an all-time high of 602 on August 3. The chart shows how the network is growing in terms of smart contract deployment, which has doubled this year. 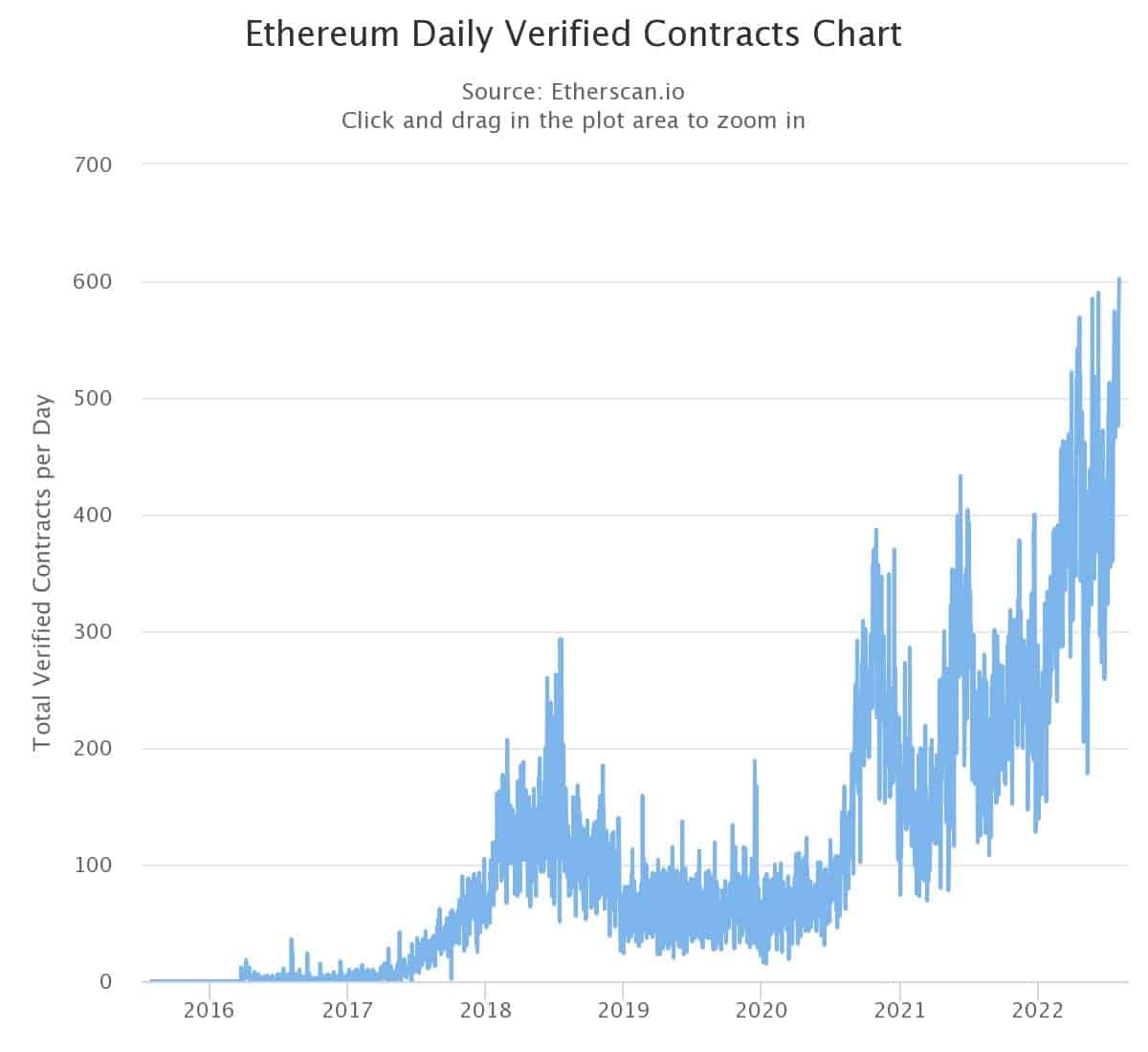 The number of unique Ethereum addresses also hit an all-time high this week of over 202 million. Daily transactions are around 1.2 million and have been relatively stable this year, aside from the occasional spike.

The token price chart does not resemble this, however, since ETH is still down 66% from its November all-time high.

ETH has made around 2% on the day to trade at $1,650 at the time of writing, according to CoinGecko. The asset is up 43% over the past month, but heavy resistance at higher levels is preventing any further market momentum.

Merge hype appears to have waned as Ethereum has remained in consolidation for the past week. 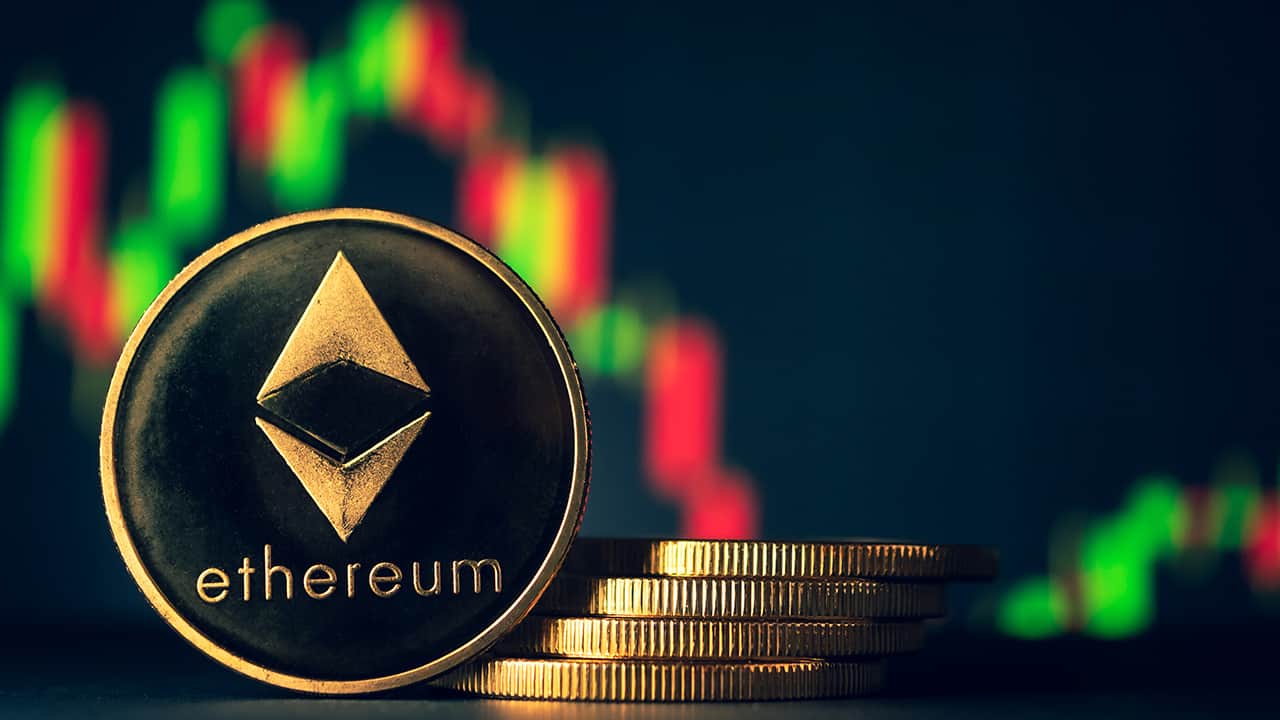 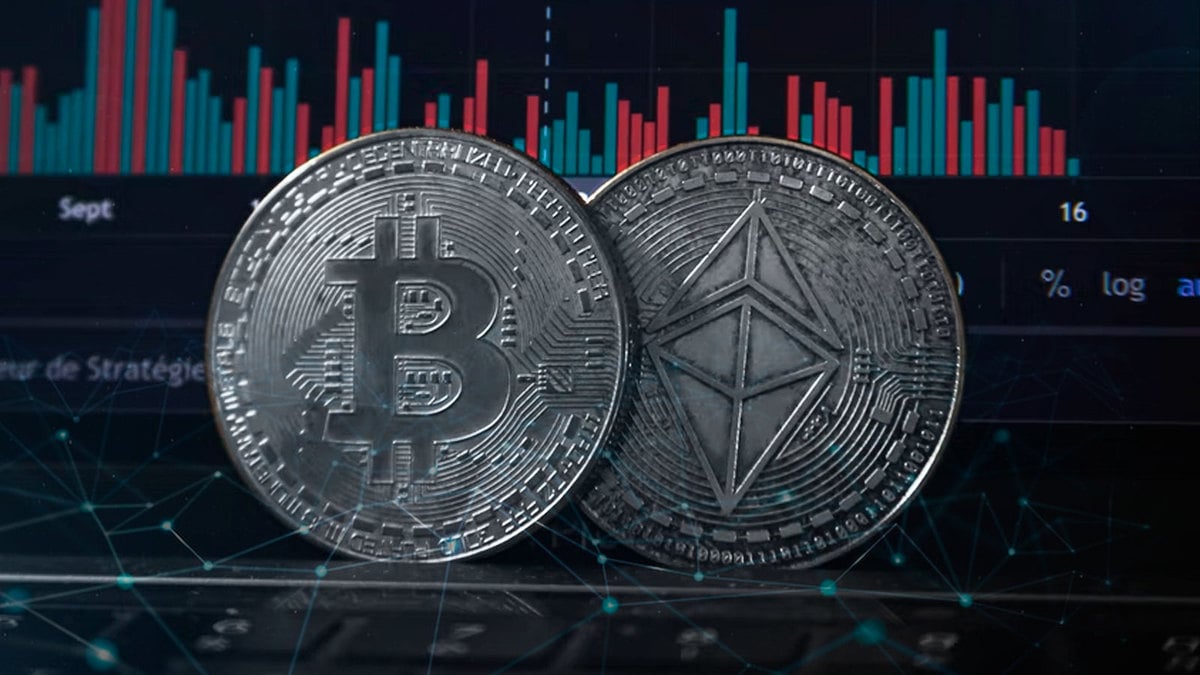 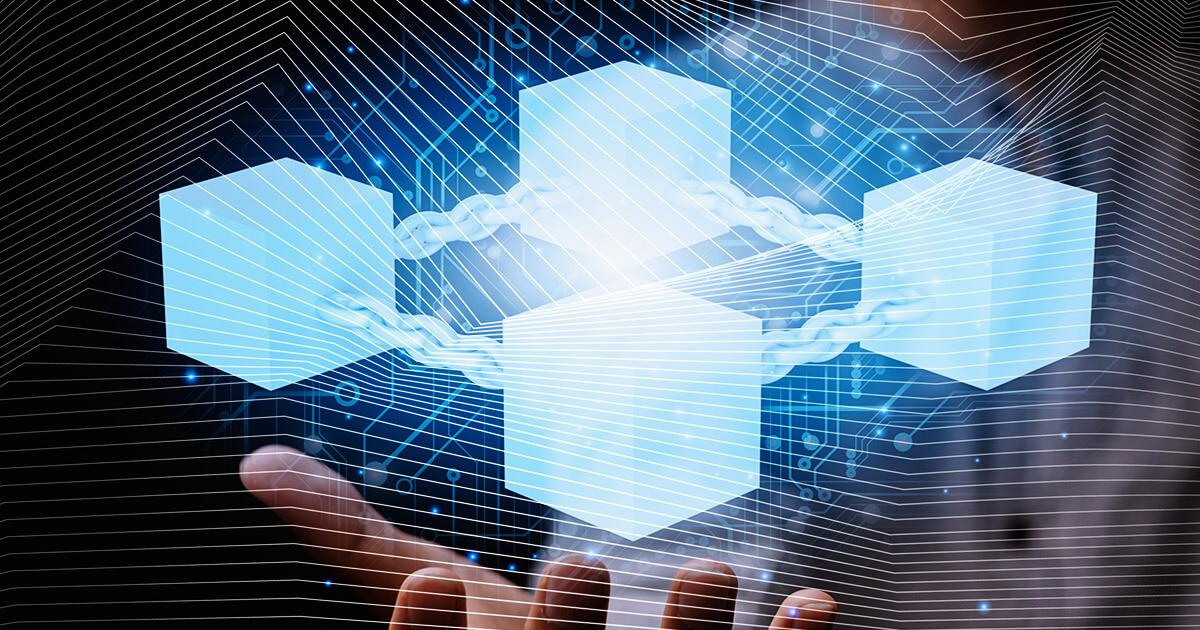