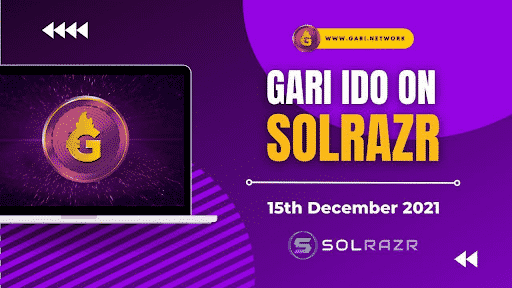 Indian audience knows Chingari as the trendiest and leading short-video sharing application which has recorded a little more than 80 million downloads and a total of 32 million active users. Chingari has been at the center of the buzz due to an initial DEX offering of native cryptocurrency $GARI on the SolRazr launchpad. According to insider information, this IDO event is going to be the largest ever to take place on SolRazr.

Chingari is a multi-faceted application made specifically for the Indian audience which allows you to create/share short videos with a bunch of unique filters, games, buy merch from an in-built shop, and send texts to one another. The team of Chingari announced the date of the IDO as December 15th which would conclude on the 18th.

This news comes right after Chingari raised $19 million funding during a token round participated by 30 different venture funds and renowned individual investors. Chingari is best known for its brand ambassador, Bollywood megastar, Salman Khan who became one of the first Indian celebrities to partake in the first social media network in India which issued its own native crypto.

Chingari’s native cryptocurrency, GARI is based on none other than the Solana blockchain network. It is the same project that is famed to be much faster than Ethereum in terms of transactions and associated total costs including gas fees. Solana is also built by a team of talented Indian developers.

$GARI first made its debut last month during its live sale. During that event, the Chingari team successfully recorded a $3 million raise within the first 24 hours of the $GARI live sale. That triumphant event was held on the Republic platform in November.

Being a social token, GARI’s role in empowering users of the Chingari app to become the creators associated with their unique platform who can establish e-commerce spaces selling merch, create Non-Fungible Tokens, and support their favorite artists. GARI will also be utilized when users create or watch video content on the Chingari app.

What is Ahead for Chingari App?

The company originated back in November 2018 by Sumit Ghosh, Deepak Salvi, Aditya Kothari, and Biswatma Nayak to allow users to partake in a video-based community where sharing and creating content was the whole point of socializing. But in a short amount of time, the app turned into something more captivating for its target audience which also resulted in its massive user-base growth and rising popularity.

Chingari is looking to bring awareness of the power and advantages of Web 3.0 and decentralized technologies which will bring forth autonomous organizations on the forefront of today’s digital world.

SolRazr launchpad where the IDO of Chingari is scheduled to go live is Solana-centric developer ecosystem that believes and supports Solana’s future endeavours in DeFi & Web 3.0. 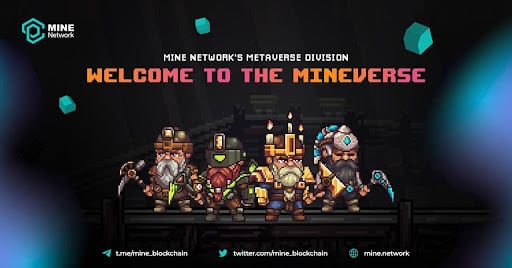 MINE Network Premiers on Leading Launchpads for its Dual IDO Launch