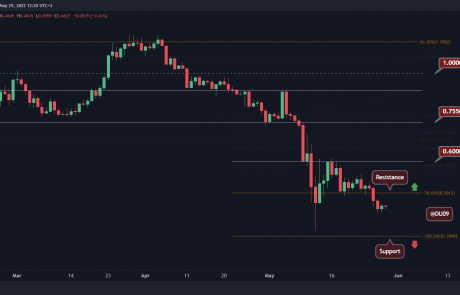 ADA has dropped over the weekend to retest the previous lows recorded in early May. Cardano’s native token is now at a critical point.

Following the ongoing negative sentiment, ADA failed to stop the downtrend as the bears pushed the price closer to the next key support at $0.39. On the other hand, the first major resistance is found at $0.50, and a possible reversal will occur if this level gets reclaimed.

Trading Volume: Yesterday, the daily candle closed in green and gave some hope that ADA might see a local bottom. However, so far today, there was no continuation, and all eyes are on Monday now.

RSI: The daily RSI is flat and hovers just above the oversold area of 30 points. The bias is bearish as long as it cannot break above 50 points.

MACD: The daily MACD is bullish and is the only indicator that spreads some optimism that maybe the worst is behind us and ADA could recover from these levels.

The bias for ADA is bearish. If the price moves above $0.50, this bias should be reconsidered.

ADA is in a challenging position, with levels that have not been seen since February 2021. If demand does not return soon to the market, the outlook remains bearish, and ADA could plunge much lower. 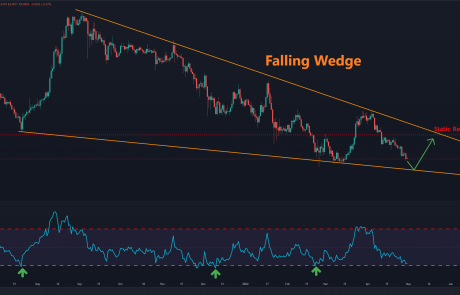 Cardano Feared to Get Rejected Here, ADA Price May Plummet Nearly 35% in the Next 48 Hours! 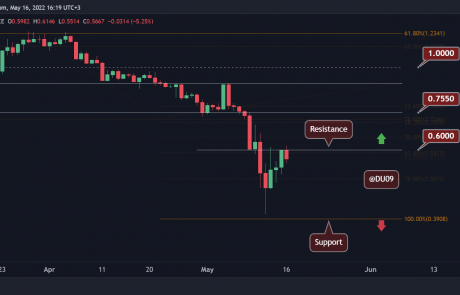 ADA Price Analysis: Cardano Rallies 50% From May 12th Crash, is the Bottom in?