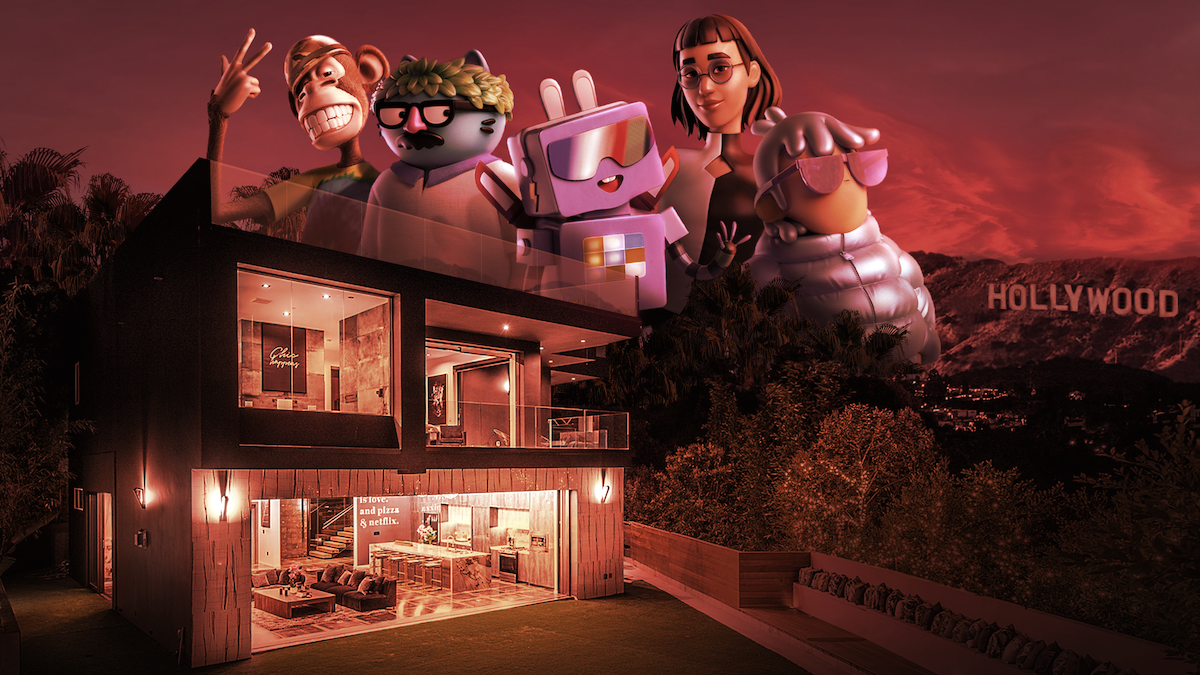 It sounds like a regular day on Crypto Twitter: a Bored Ape Yacht Club avatar chats with a Cool Cat or Doodle, with World of Women or Robotos avatars in the mix, as well.

But it’s also the premise of a new reality show parody called The R3al Metaverse, a show starring characters based on NFTs from those notable collections. It’s a scripted video series that begins with the premise of MTV’s The Real World—but instead of actors, the housemates are Ethereum-based NFT avatars that are adjusting to real settings after stepping out of the metaverse.

And there’s an interactive twist: thanks to an upcoming NFT producer pass, fans will be able to help shape the content of the show. Additionally, owners of other avatars from those five projects will have a chance to get their own character on the show in a cameo role.

Episode 1 sneak peak of @r3almetaverse is here! The project is minting Sept 7!Full episode will be live everywhere TOMORROW! What do you think of the cast? #teampete @boredapepete — AlexisOhanian7️⃣7️⃣6️⃣ (@alexisohanian) August 29, 2022

The R3al Metaverse hails from Invisible Universe, a tech startup that CEO and founder Tricia Biggio described to Decrypt as an “internet-first animation studio.” Invisible Universe’s backers include Seven Seven Six, the VC firm from Reddit co-founder Alexis Ohanian—who owns the Bored Ape on which the show’s character Pete is based.

The startup has previously created animated characters in collaboration with celebrities, such as Qai Qai with tennis legend Serena Williams (Ohanian’s partner, also an investor) and Squeaky & Roy with TikTok’s viral D’Amelio family. Invisible Universe establishes its characters on social media first, with plans to extend them into books, movies, games, toys, NFTs, and more.

“We think that the next Woody and Buzz will be introduced to you on TikTok instead of on the big screen,” Biggio told Decrypt.

The R3al Metaverse tweaks that approach: instead of developing original characters from scratch, they’re based on owned or licensed NFT avatars. Beyond Ohanian’s Bored Ape, the Doodle belongs to pseudonymous NFT influencer OhhShiny, while Invisible Universe owns the World of Women, Cool Cats, and Robotos collectibles.

Many NFT profile pictures projects let holders use their owned imagery to create and profit from derivative artwork and other projects. The Bored Ape Yacht Club is arguably the best-known example, and this past weekend, rappers Eminem and Snoop Dogg used their Apes during a performance at the MTV Video Music Awards—and then sold merch based on them.

Each original NFT illustration has been fully fleshed out and transformed into a 3D model for the show, which Biggio said sparked some internal battles.

For instance, the team argued about whether a Bored Ape should have a tail, echoing a recent debate within another Bored Ape-centric community. (In both cases, the Ape will have no tail.)

Of course, the NFT-driven characters will all have unique personalities, each of which has been crafted to provide story options and the potential for drama—key to any true reality TV gem. “We want the right ingredients in the studio to create some fun, conflict, and entertaining content,” Biggio explained.

The R3al Metaverse will begin rolling out its 34-episode first season starting today across an array of platforms, including TikTok, Instagram, Twitter, YouTube, and Discord. Invisible Universe aims to get the micro-episodes in front of as many eyes as possible before bringing in community collaborators—and potentially expanding the cast next season.

Granted, not everyone is onboard with NFTs or the metaverse, and there are vocal critics of both out there. Biggio shat the show isn’t specifically targeted at die-hard fans and collectors—a relatively small group despite the eye-popping sums generated by NFT to date.

It could serve as an onramp into the NFT community for some, she said, but the primary mission doesn’t appear to be converting skeptics. For most viewers, The R3al Metaverse is simply meant to provide a quick pop of humor in their social feeds with a quirky, colorful cast.

What happens when NFTs see art IRL? It could get a bit confusing...What do you think will happen? Will Pete freak out? Will Journey explain it all? We want to hear from you!👇Full episodes to come. More teasers, art, and sneak peeks coming in hot too. Let's build together! — The Real Metaverse (@r3almetaverse) August 24, 2022

But for those who do collect NFTs or are intrigued by Web3 community collaboration, there will be an option to get more deeply involved in the form of an NFT producer pass. They’ll mint on September 7, and owning one of the 7,200 NFT passes will enable viewers to help shape future episodes and seasons of the show.

We’ve seen other NFT-driven projects attempt to tap into a community of creators, including animated series The Gimmicks from actress and producer Mila Kunis, Shibuya from noted NFT artist pplpleasr, and Adim from It’s Always Sunny in Philadelphia star Rob McElhenney.

The challenge with opening up creative collaboration to hundreds or especially thousands of people is that it potentially creates a lot of noise. Without structure, it could be extremely difficult to sort out quality material or contributions from the barrage of content.

Biggio said that Invisible Universe has streamlined the initial form of collaboration, welcoming future NFT holders to fill in Mad Libs-style forms to develop character interviews that can be filmed and included in future episodes. In other instances, NFT owners can vote on outcomes.

“It isn't just crowdsourcing the whole storyline—we wrote and produced 34 episodes,” she explained. “But I think we've found some very innovative ways to allow for community input while still being able to stay on track with our story.”

And there’s potentially a big perk for people who buy an NFT producer pass who also hold a Bored Ape, Cool Cats, Doodles, World of Women, or Robotos NFT. Those owners can enter their avatar into a vote for a potential cameo in the first season, plus there will be a casting call for NFT avatars—from any project—for the second season.

“The idea of being able to sort of express your creative ideas and then see them reflected back to you through animation—I think it's pretty sticky,” said Biggio. “Collaboration is really important, and I think through allowing a community to do that, you're building a stronger fan base and a stronger affinity.”

And you can expect Invisible Universe to pursue similar types of Web3 initiatives with its various original characters, which have collectively amassed millions of social media followers to date. Biggio said that the firm plans to launch its next NFT project in early 2023. 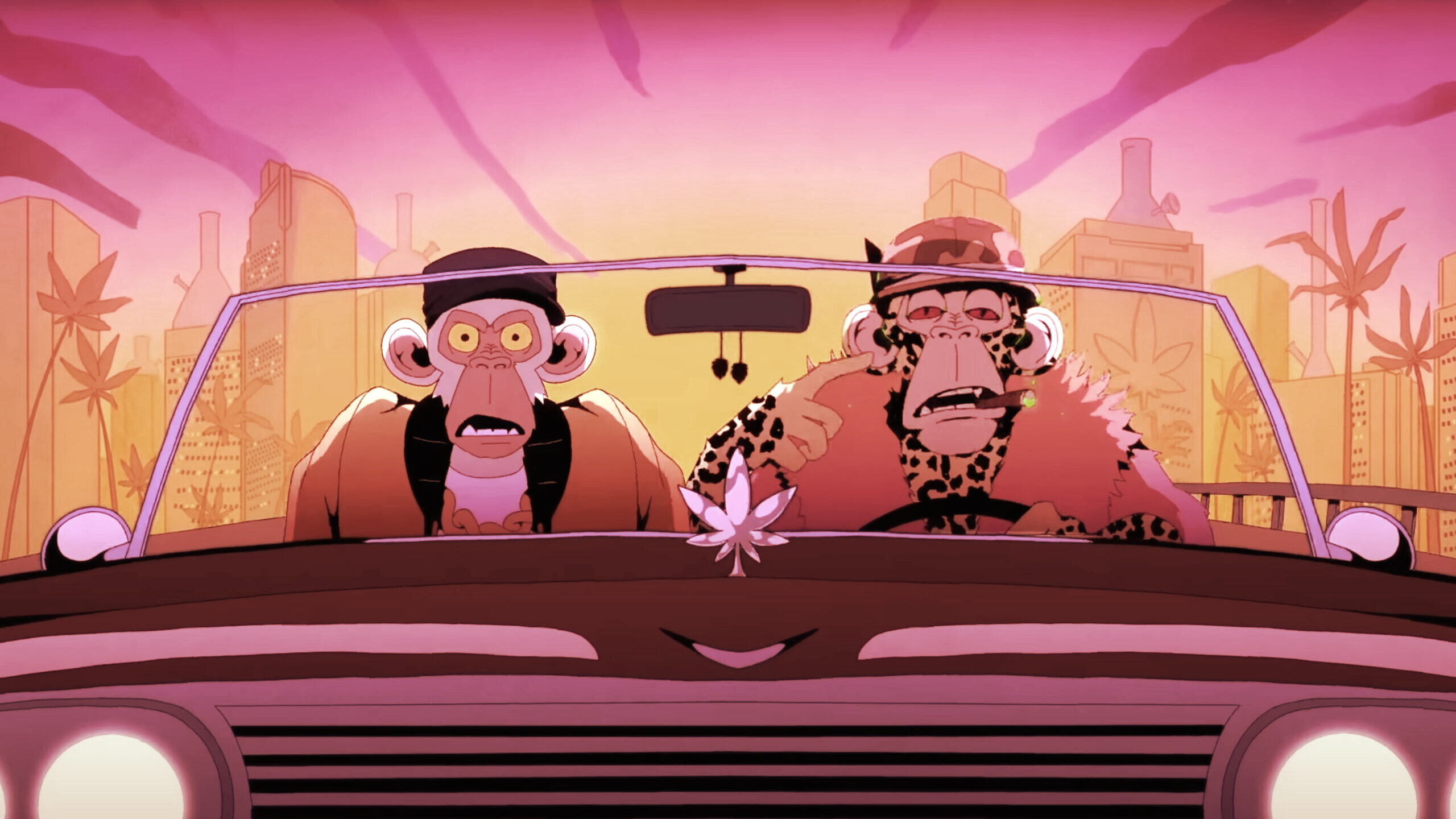 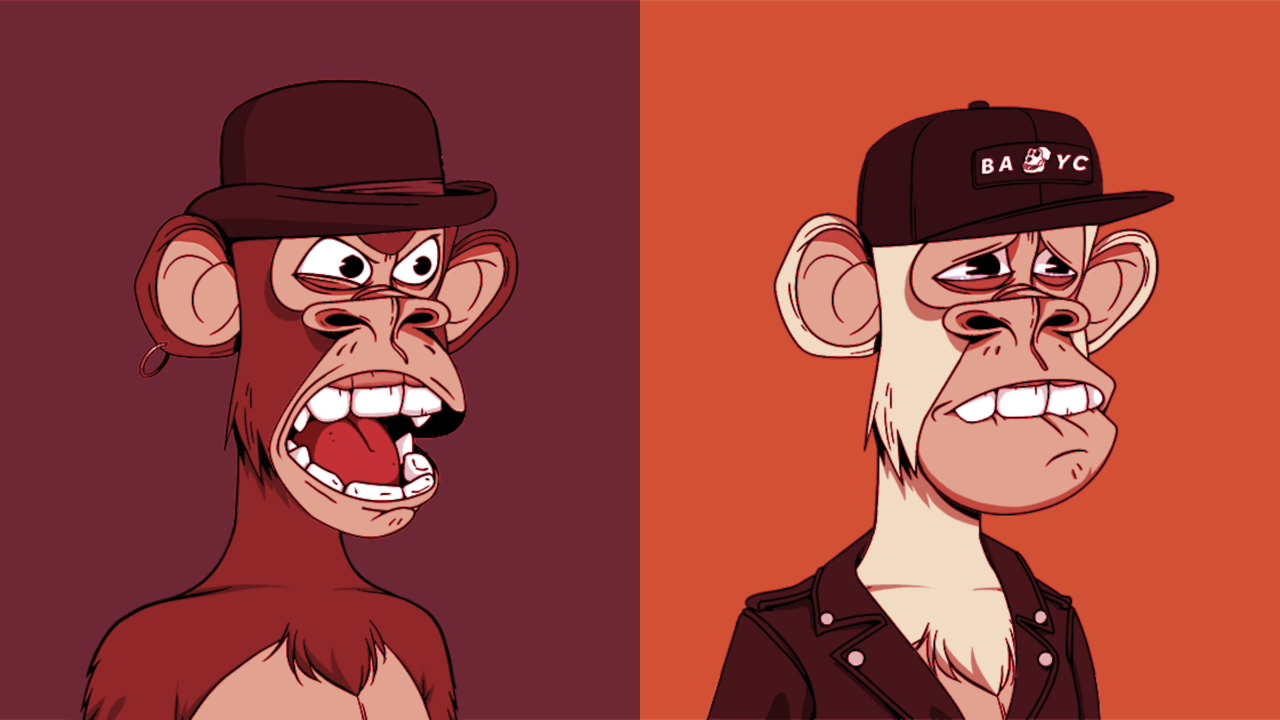 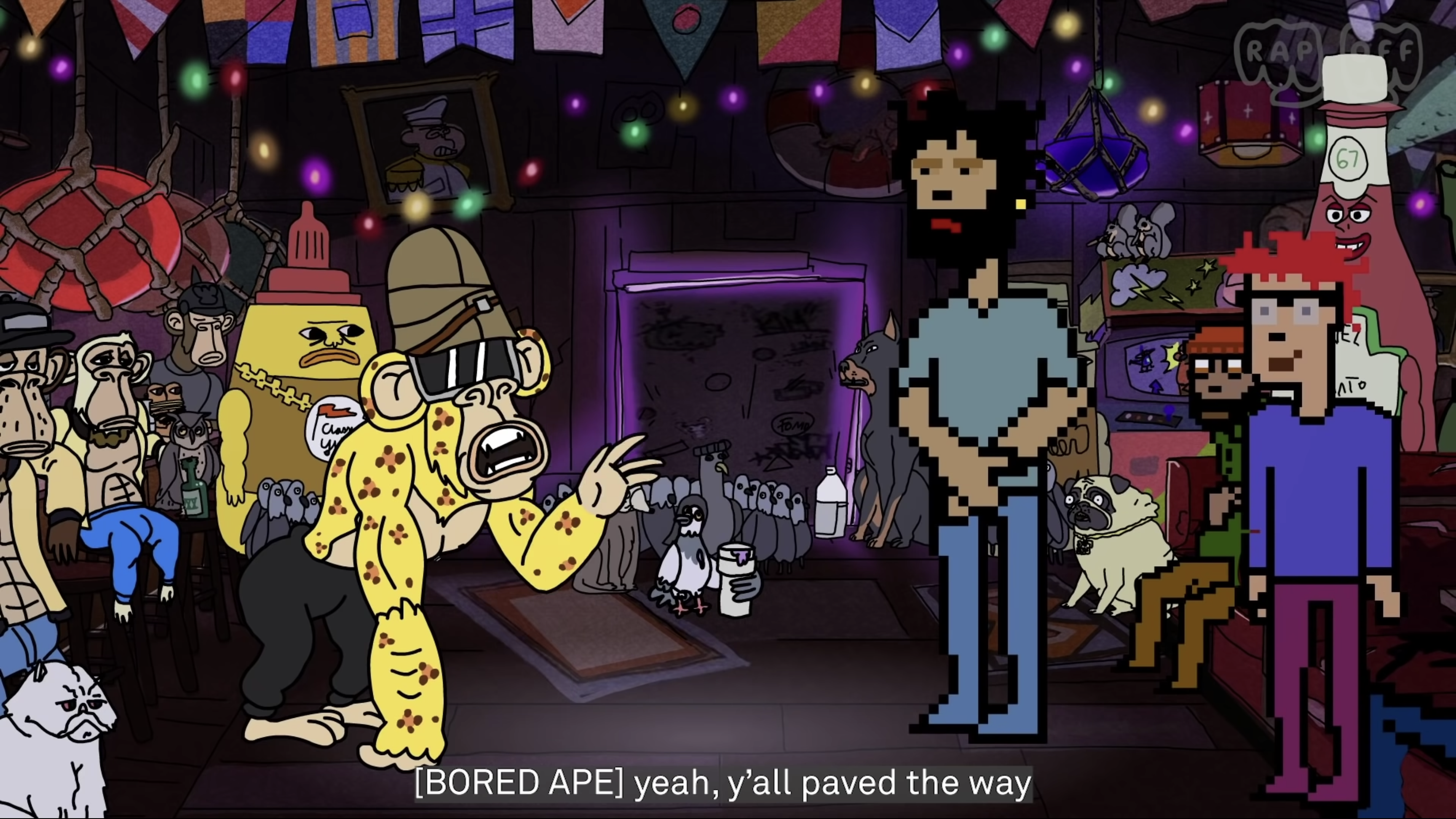