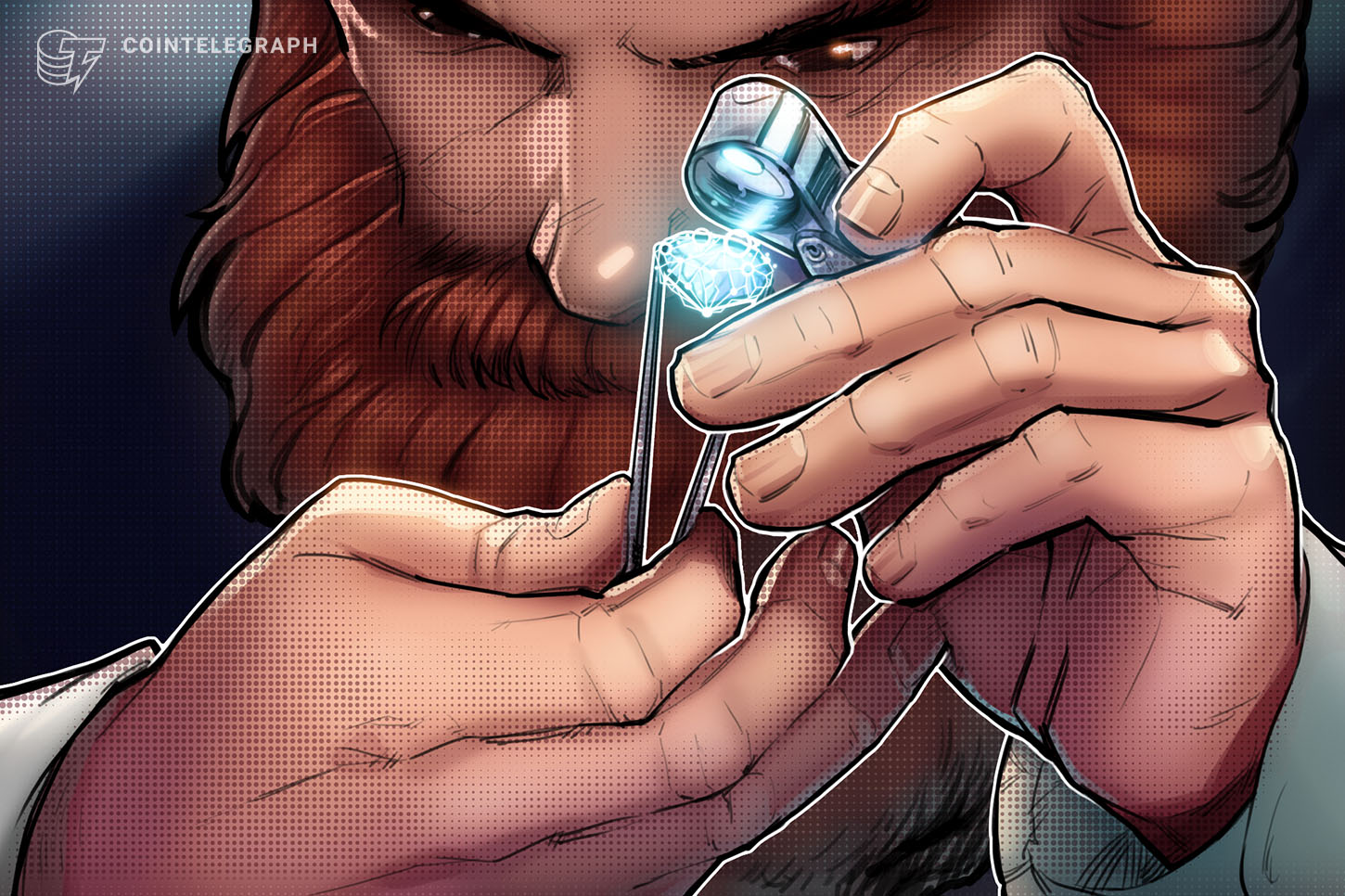 Diamonds are some of the world’s most valued gemstones, and the global diamond industry has managed to remain afloat despite being partially eclipsed by the emergence of modern stocks and novel virtual assets.

The diamond industry, however, appears to be undergoing a paradigm shift in recent times — incorporating modern technology such as blockchain to improve diamond production, tracking and ultimate sales.

Leanne Kemp, CEO of independent technology company EverLedger, stressed the need for blockchain integration in the industry to improve the tracking of a stone’s provenance.

Speaking on the issue of data manipulation concerning a diamond’s provenance four years ago, Kemp noted that “we see document tampering where one stone has been claimed across similar timelines with multiple insurers.”

While it has yet to directly provide a solution to all the concerns of the diamond industry, blockchain is being used to solve a few of them by facilitating transparency that helps track the provenance of diamonds. This is primarily aimed at suppressing the sales of “conflict diamonds.” Diamond mining corporation De Beers Group has pointed out the potential of blockchain in the industry for increased accuracy, trust and transparency with regard to determining a diamond’s origin.

The diamond industry maintains its distinction

Despite being impacted by the Great Recession of 2008, which saw the general stock market slump by an unprecedented margin, the diamond industry has managed to maintain its prominence notwithstanding a noticeable drop in global production of rough diamonds.

The idea of integrating blockchain into the industry — which was only introduced in recent years — is likely to reawaken mainstream interest and further improve global production.

The years leading to 2008 saw a steady increase in rough diamond production. According to data from German database company Statista, from 2005 to 2008, global production of rough diamonds never went below 160 million carats.

Following the economic decline of 2008, however, the average production in the last decade has averaged 142 million carats with 116 million carats produced in 2021. The year 2017 saw the largest turnover in the decade, with 152 million carats of diamonds produced.

About 99% of the global diamond mining process is carried out in nine countries with Russia, Botswana, The Democratic Republic of Congo, Australia and Canada respectively considered the top five countries involved. Diamond mining is almost monopolized, with companies such as ALROSA and De Beers controlling a large portion of the industry.

There are a few reasons why investors do not seem to be flocking to the 68-billion-dollar enterprise that is the diamond industry, especially in recent times.

Lucrative as it is, ethical concerns regarding the backbone of the diamond industry are prevalent. This has scared away potential investors, especially in times like these when investor behavior is increasingly affected by consumers’ moral and ethical positions.

According to Johannes Schweifer, CEO of Crypto Valley’s CoreLedger, security and transparency challenges, as well as ethical concerns plague the diamond industry. Since over a decade ago, there have been claims of a link between diamond mining and regional hostilities, as noticed in some parts of Africa. Schweifer told Cointelegraph:

“The biggest problem in the diamond industry has always been transparency. Most gemstones aren’t able to tell their origin stories. But, what if the stone on your wedding ring is actually a blood diamond, wouldn’t you want to know that? Knowing the origin and ensuring transparency from the ‘mine to the finger’ can not only help you sleep better, but it can also save lives.” Some instances of the unethical utilization of blood diamonds were evident in the 1990s in countries such as the Democratic Republic of Congo, Angola and Sierra Leone. Evidence proved that these diamonds were mined and used to purchase arms and ammunition for military and paramilitary movements.

Aside from the sale of diamonds to fuel conflict, numerous reports of unscrupulous labor tactics used to exploit workers in mining sites have surfaced. Child labor also appears to be prevalent in the majority of these areas.

Furthermore, the diamond industry has come under fire for the patent monopoly that exists regarding the control of mining processes, distribution and sale of diamonds. This has fueled concerns of an existing cartel that dictates the flow of the industry.

In addition, the industry appears to be swarmed with problems such as the environmental concerns of mining, hazardous working atmosphere and insecurity, to name a few.

In light of the problem of blood diamonds, global mining giant De Beers announced the pilot of its blockchain program Tracr, which will ensure that the company does not handle blood diamonds, particularly in distribution and sales. This announcement was made in January of 2018.

However, De Beers would not be the first to make plans to track diamonds in order to resolve the issue of conflict in diamond distribution.

Almost 20 years ago in 2003, the United Nations established the Kimberley Process Certificate Scheme with the goal of inhibiting the flow of blood diamonds into the global diamond market. This decision was reached following the Fowler Report of 2000 which showed that blood diamonds were still being used in conflict funding by the National Union for the Total Independence of Angola.

However, the Kimberley Process has been condemned by organizations such as the Canada-based nongovernmental organization IMPACT, and Global Witness, an NGO headquartered in London which looks to prevent natural resource exploitation and human rights abuses, among other things. They alleged inefficiency.

Speaking to BBC in 2011, Global Witness founding director Charmian Gooch noted that “nearly nine years after the Kimberley Process was launched, the sad truth is that most consumers still cannot be sure where their diamonds come from.”

Gooch noted that the initiative has failed three separate tests especially in addressing unique concerns in Ivory Coast, Venezuela and Zimbabwe as her NGO left the process.

Furthermore, IMPACT cited a failure to give accurate reports of the origins of diamonds and a “false confidence” given to consumers as reasons for its criticism of the Kimberley Process. Joanne Lebert, executive director at IMPACT, noted this as the NGO pulled out of the initiative in January of 2018.

IMPACT pulled out of the process a few days after the announcement of De Beers’ Tracr. Tracr was piloted in early May 2018 with initial plans to launch later in the same year and a vision to make the platform accessible to the global diamond market.

In the pilot, De Beers announced that it was able to successfully track 100 diamonds of high value as they passed through the conventional journey from their birthplace, the mine and to the ultimate retailer.

“Blockchain technology and tokenization can provide a way to fractionalize ownership — instead of going full-risk on a single stone, one can spread the risk across many investors. Even the assessment and evaluation process can even be outsourced or shared. From an investment perspective, tokenization is a great way to open up diamonds to the average person,” Schweifer added.

Tracr uses an identifying tag that De Beers dubbed Global Diamond ID, particular to each diamond, which identifies the diamond’s individual attributes such as clarity, color and carat weight. The unique information peculiar to a particular diamond as noted by its ID is then logged on a public ledger which Tracr uses to follow the diamond's progress along the distribution chain.

Tracr was officially launched earlier in May with De Beers noting that the initiative is already integrated into its business module globally. About a quarter of De Beers’ production by value has already been logged on Tracr in their first three Sights of 2022. A Sight is a term for a sale event with a respective lot of diamonds that are put up for sale.

De Beers also pointed out some of the key benefits of the blockchain used which involve immutability, security, data security, privacy, transparency and speed. According to De Beers, the blockchain is expected to be able to “register one million diamonds a week onto the platform.”

De Beers is not the only company working on blockchain tracing solutions for the provenance of diamonds. IBM unveiled the TrustChain Initiative in April 2018 in collaboration with an association of jewelry companies.

The TrustChain Initiative was created with the goal of increasing transparency for consumers by tracking the origins of jewelry using the IBM blockchain platform.

On January 12, 2021, diamond marketplace Rare Carat partnered with EverLedger to provide more transparency on the origins of diamonds on its platform by using EverLedger’s blockchain.

The global diamond industry is top-tier despite its several challenges and bleak past. Like finance and a host of other sectors, blockchain has proven to be useful in improving the diamond industry, especially in addressing issues with regard to the origins of diamonds.

The proper ledger to use in tracing the provenance of jewelry should be immutable and transparent, hence a public ledger without a central point of control should be employed. Otherwise, the whole idea of transparent evaluation is dead on arrival as was allegedly noted in the Kimberley Process.

“When it comes to transparency, the largest beneficiaries of blockchain are consumers and authorities. Ultimately, this will hold the industry to a higher standard and hopefully improve the working conditions of miners as well. In a business as murky and dangerous as diamonds, this can truly be seen as a benefit,” Schweifer said.

He added that diamonds are high-value-density assets, so “it is almost impossible for the average person to own a large, investment-grade stone.” Even for those that can afford them, diamonds are a tricky investment, as a lot of experience is required to avoid being cheated or losing money. 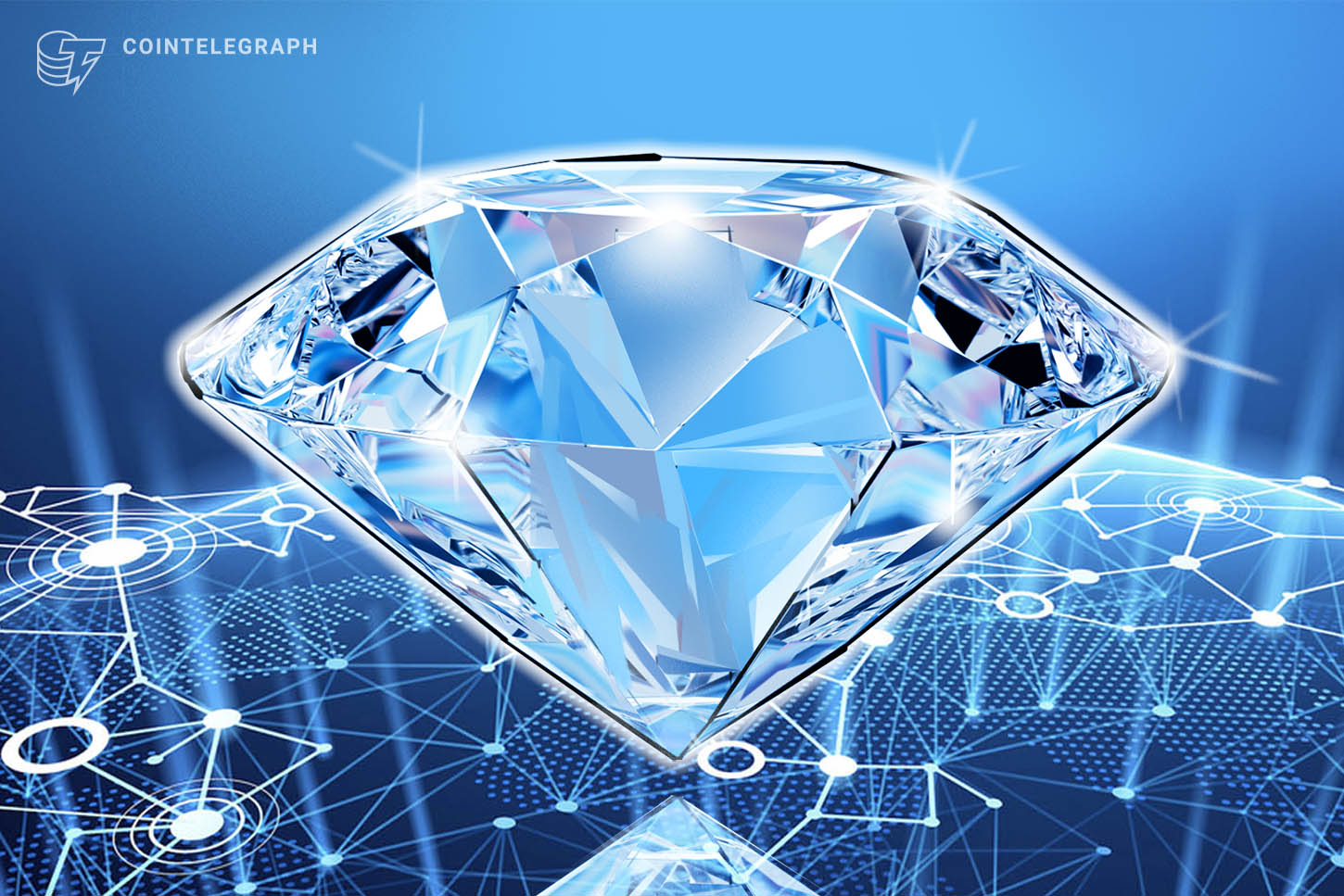 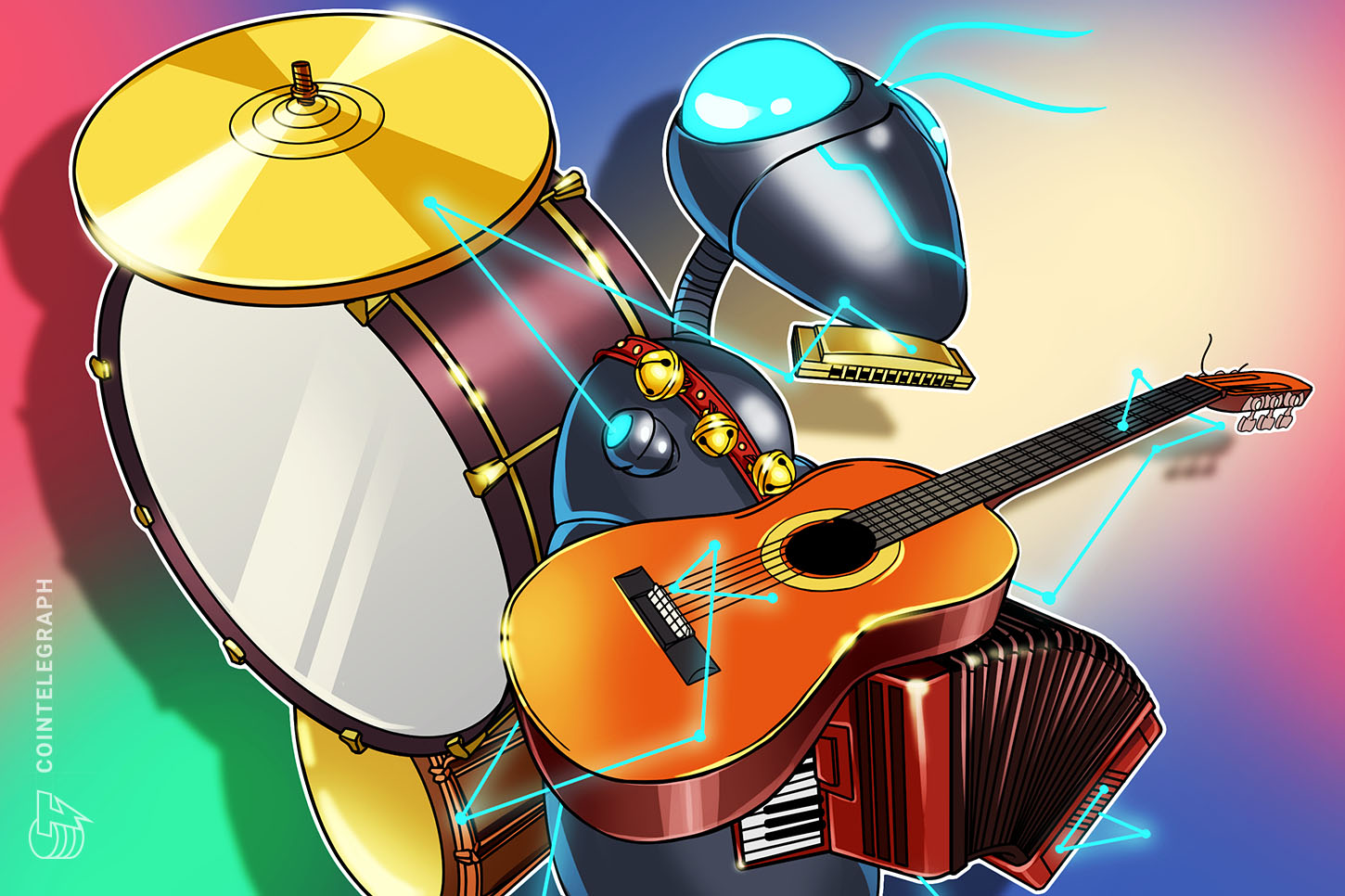 Turning up the volume: Blockchain projects aim to disrupt the music industry