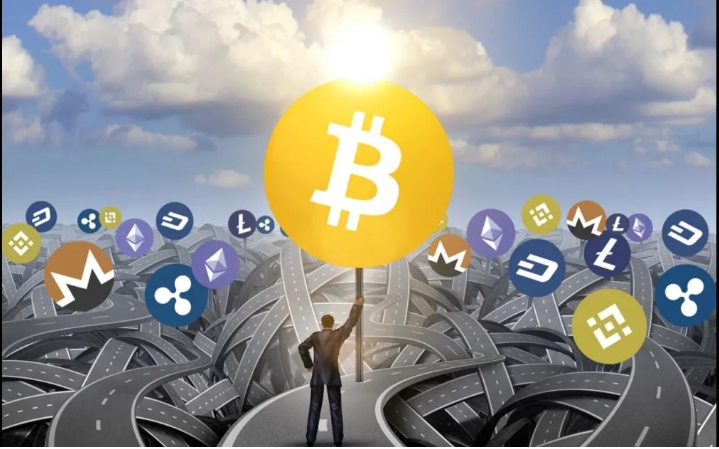 Bitcoin (BTC) easily brushed past the $22,500 mark today as seen a couple of hours ago.

The gains that BTC have registered is said to be brought about by the uptick in the stock market – kind of like a domino effect.

James of “Invest Answers”, a popular Bitcoin trader and influencer, have this notion that BTC is now veering towards the $24K mark.

But, crypto experts are also quick to warn traders to be wary and avoid executing a pump-and-dump maneuver especially due to extremely risky macroeconomic conditions.

On September 9, BTC has registered a nearly 20% gain so far and moved close towards the long-term descending trendline with a key resistance at $23,000.

It seems that Bitcoin’s bullish movement has been triggered by the Ethereum Merge which is announced to be rolled out on September 14. BTC was also able to bounce back from a nearly oversold zone at 32 to now at a reading of 39.

On-chain metrics also show the appearance of a bullish divergence with the RSI forming an ascending trendline with the coin’s weekly candlesticks cascading down.

More so, BTC’s MACD has also managed to cross over following a spike in buying activity.

Since January, Bitcoin price has been straight bearish showing one low after another.

With that in mind, traders must keep an eye on a BTC price push that goes above $25,600 or a breach to the 200-MA at the $30K zone that hints an optimistic change in trends.

The key here is to wait and see whether the bull run will continue or if the current trend remains consistent.

Several macroeconomic conditions continue to cause rapid fluctuations in the market.

The U.S. Federal Reserve is set to continue battling inflation with Jerome Powell, Fed chairman, having strong convictions that the central bank can push the inflation numbers under 2%.

More so, Loretta Mester, Cleveland Fed President, and Neel Kashkari, Minneapolis Fed President are both strong advocates against the perils of inflation.

At this point, the CME Fed Watch Tool has revealed a 95% probability of 75 bps. The current interest target rate is at 225 to 250 bps but Mester says that the Fed might increase the interest rate above 400 bps in the quest to fight off inflation.

CPI date is set to be rolled out on September 13, alongside the CPI for both Euro and UK, as well as the PPI for the United States.

Top Reasons Why Bitcoin Price may Reach the Highs Close to $23,000 Before Finding New Lows