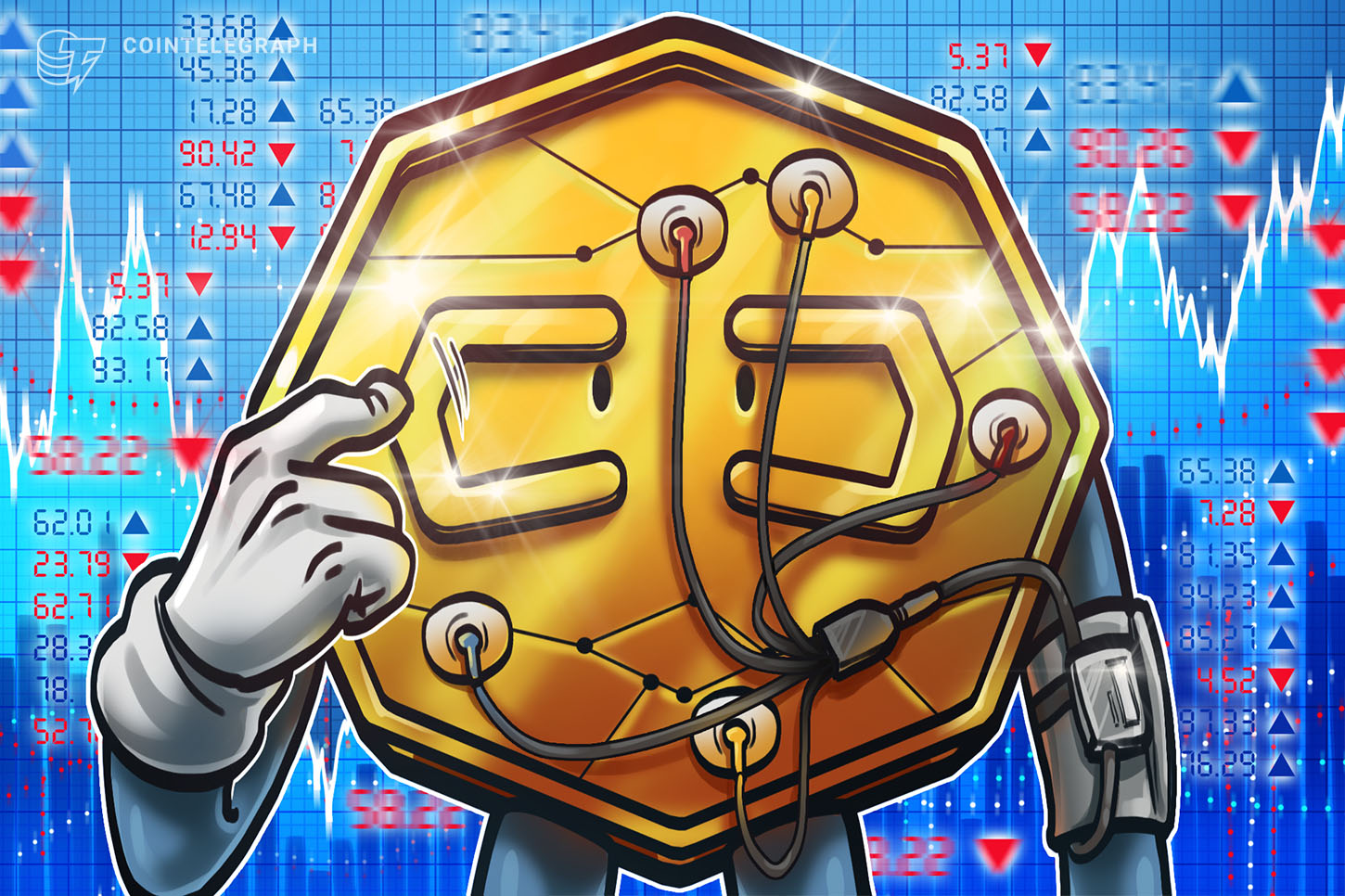 Terra's recent collapse has been repeatedly singled out as the main source of weakness affecting crypto assets, but it's much more likely that a combination of factors are behind the start of this current bear market.

At the same time that the market was reeling from the Terra saga, the 2-year mark for the next Bitcoin (BTC) halving was also crossed and this is a metric some analysts have used as an indicator for the end of a bull market.

As shown on the chart above, previous cycles have seen BTC hit a peak followed by a price decline that first drops below the 50-day moving average (MA) then a culminating capitulation event that thrusts the price below the 200-day MA.

Many traders were thrown off by the lack of a blow-off top in the most recent bull market cycle because this phenomenon has typically marked the late stage of an exhausted trend.

Traders also questioned the validity of the popular stock-to-flow model after BTC failed to hit $100,000 before the end of 2021.

During previous market cycles, BTC was trading well above the S2F model at this stage in its progression with the model variance in the positive. Currently, the model variance is giving a reading of -0.86 while the price of BTC is well below the S2F line.

This lack of a blow-off top has prompted some traders to stand by earlier calls for one final price run-up that will see BTC hit $100,000 before entering an extended bear market, but that remains to be seen.

Looking forward to being bearish af after this wave up over 100k that I’m expecting completes. Seeing the way sentiment is now during a mid-cycle correction means the correction that corrects the entire bull cycle from 3k to 100k+ is going to be absolutely brutal. $BTC— CrediBULL Crypto (05.27) (@CredibleCrypto) May 17, 2022

Maybe the market will bottom in November?

While some still hold out hope for one last hoorah before the bear market really sets in, a more pessimistic view is predicting another 6 months of price decline before the market hits a bottom. 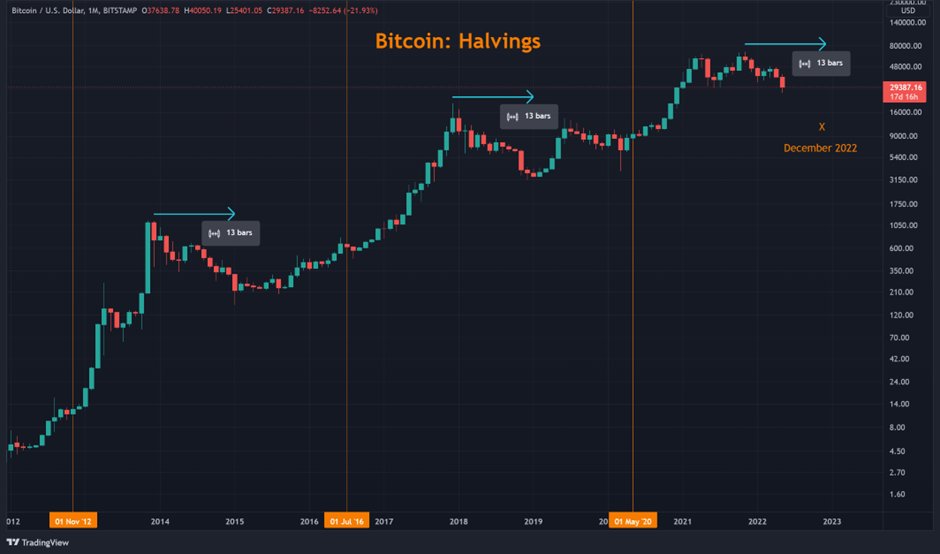 Based on previous cycles, the low in the market came roughly 13 months after the market top, which would suggest a bottom sometime around December of this year if the current trend holds.

This is further validated when looking at the time between a market bottom and the next Bitcoin halving event. 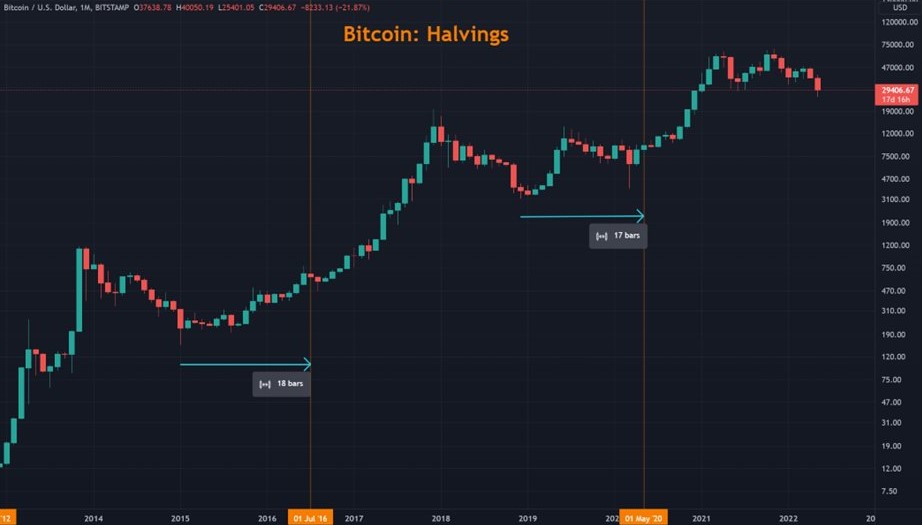 During the previous cycles, each cycle low was hit roughly 17 to18 months before the next halving. The next BTC halving is predicted to occur on May 5, 2024, which would suggest that that the market will bottom in November or December of 2022.

Traders are still permabulls despite the current price action

As far as price predictions go, there is far less consensus on this matter due to BTC's underperformance during the last cycle where most traders were expecting $100,000.

Traders continue to call for BTC to the surpass $100,000 mark in the not-too-distant future and a handful are holding on to the penultimate $1 million target. 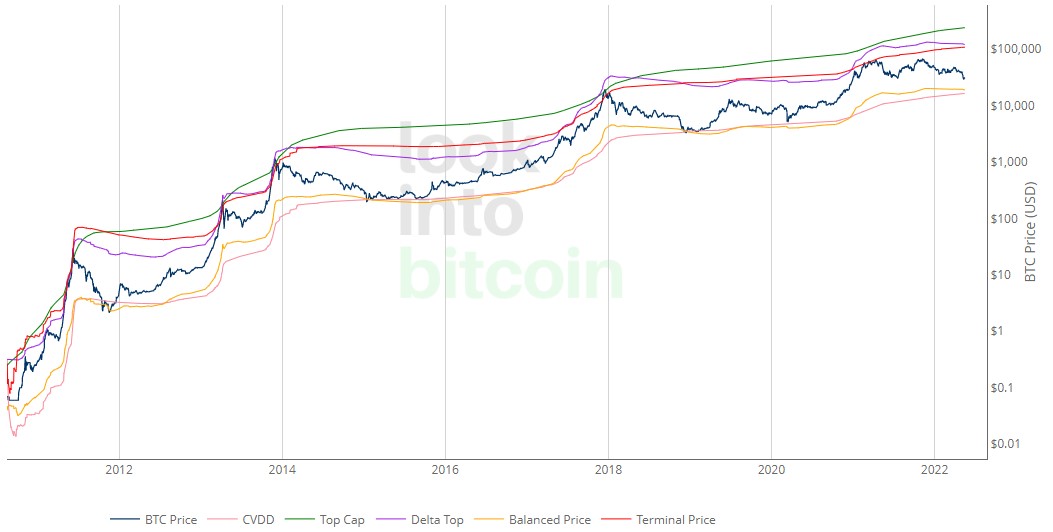