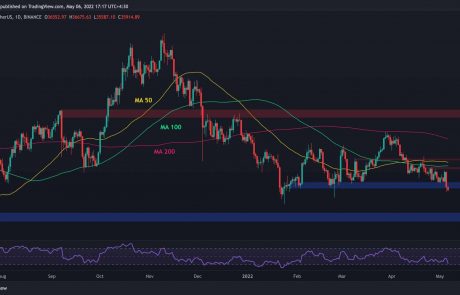 Bitcoin has broken the $37K support to the downside as the price crashed more than 10% yesterday. This could trigger a bearish scenario towards the $30K demand zone.

Considering the current market structure, the 100-day and 50-day moving averages seem likely to chart a bearish cross in the next few days, further aggravating the selling pressure.

On the other hand, if the price can close above the $37K level soon, the bearish breakdown would be considered false and could lead to recovery towards $40K. The RSI is also reaching the oversold area, indicating a possible bullish pullback and a local bottom before further potential continuation of the bearish trend. 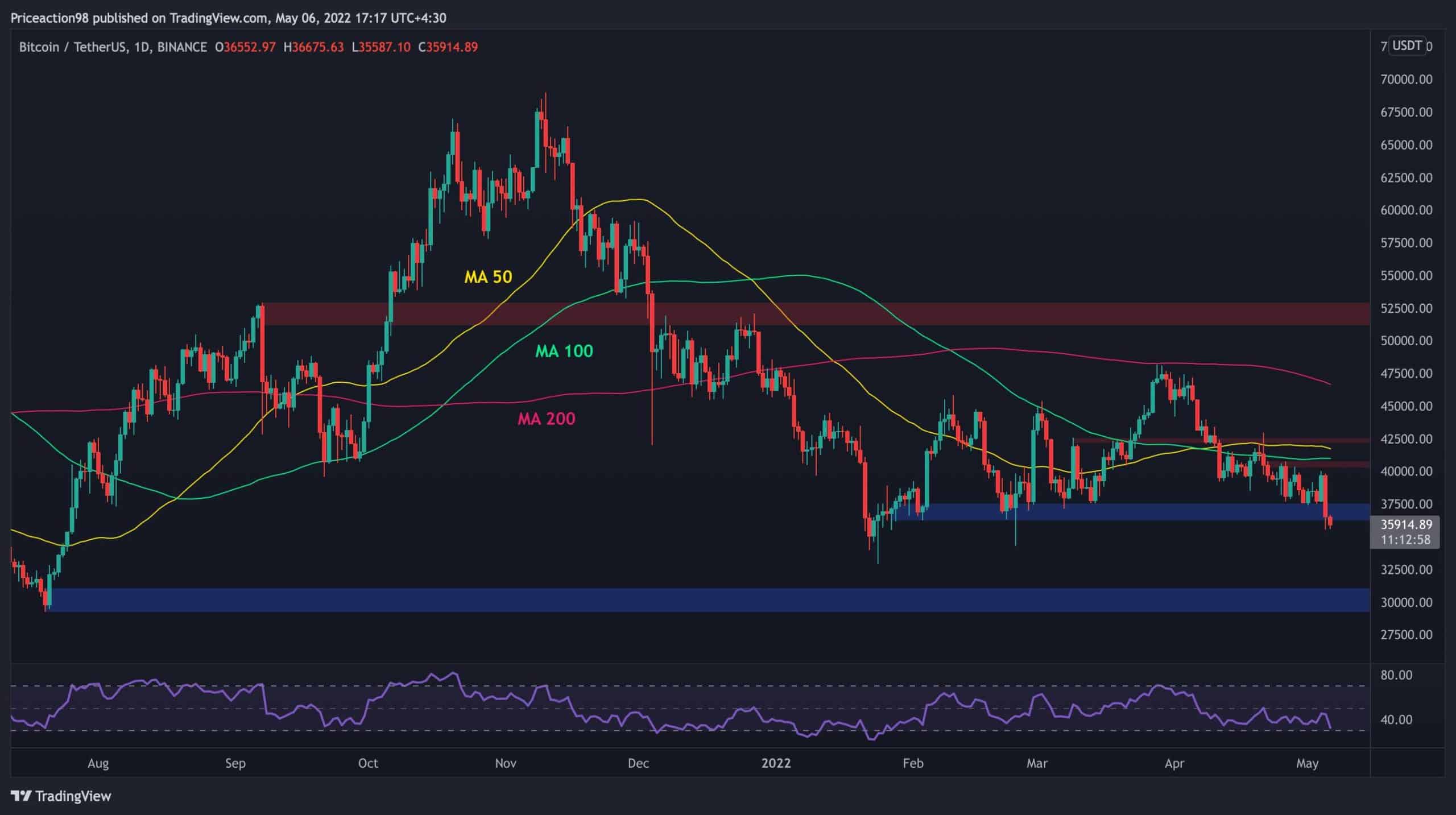 On the 4-hour timeframe, the price has been forming a falling wedge over the past couple of weeks after getting rejected from the $43K area. It broke out of the falling wedge before dropping back impulsively, invalidating the pattern.

This fake breakout has led to a drop from the sizeable bearish flag, which has been forming over the last few months. This behavior indicates a bearish continuation in the short term, and the price could make a new lower low below the previous $33K bottom.

The RSI has also entered the oversold area in this timeframe – a signal which could result in a consolidation or bullish pullback in the short-term before the next bearish leg occurs. 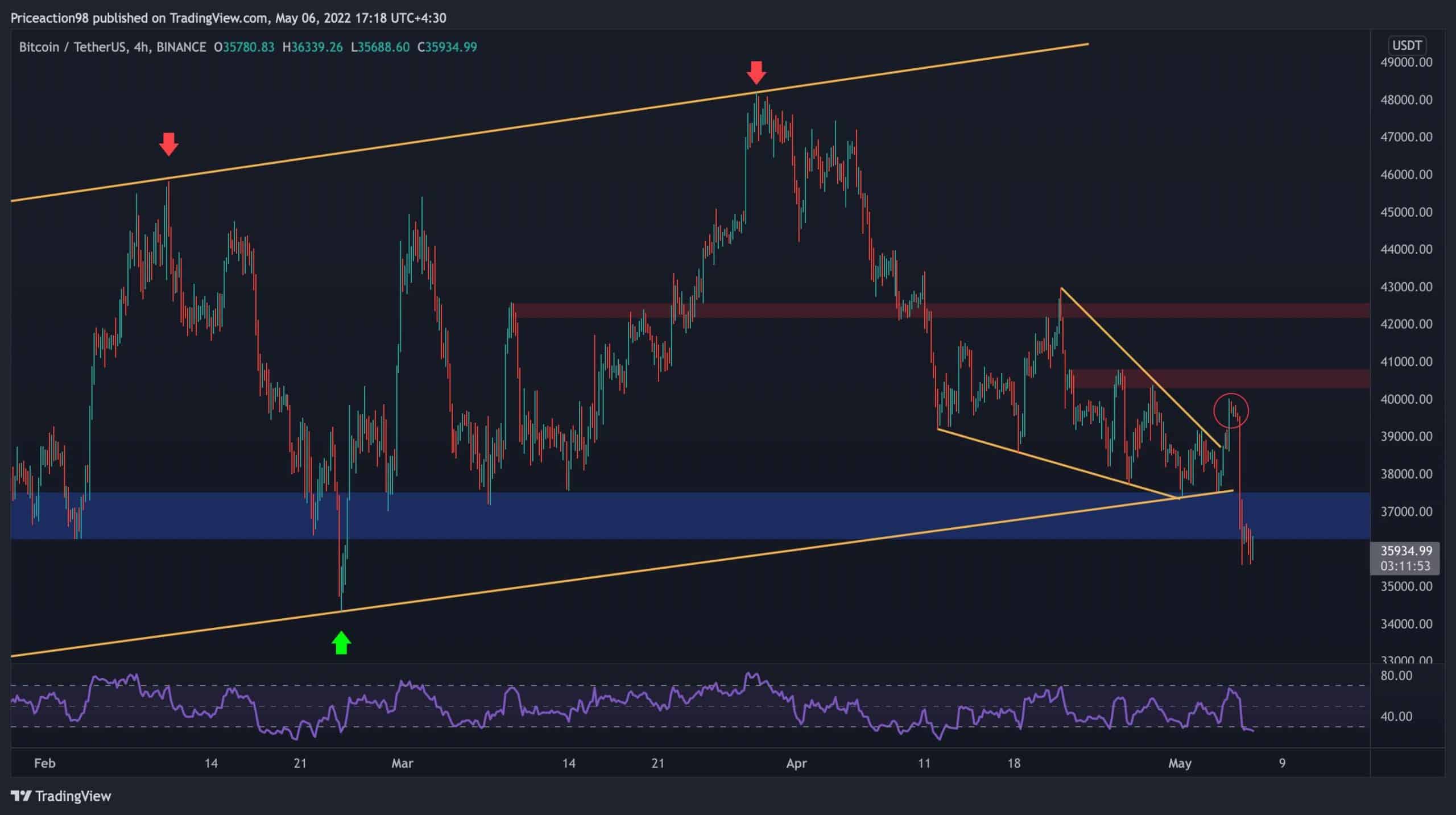 Bitcoin’s price experienced a massive 10% drop yesterday, breaking below the $37K support. Bearish sentiment is starting to take over the market again as investors fear a continuation towards $30K and beyond.

Meanwhile, the exchange reserve has been on a sharp decline over the past few months, as bitcoins have been regularly withdrawn from the exchanges. Interestingly, amid this aggressive accumulation and the possibility of a supply shock, the price is still on the decline.

This structure points out the lack of demand in the market considering the economic and geopolitical uncertainty around the world. Additionally, the futures market has played a massive part in this crash, as a long squeeze occurred yesterday, which led to a rapid drop in price. 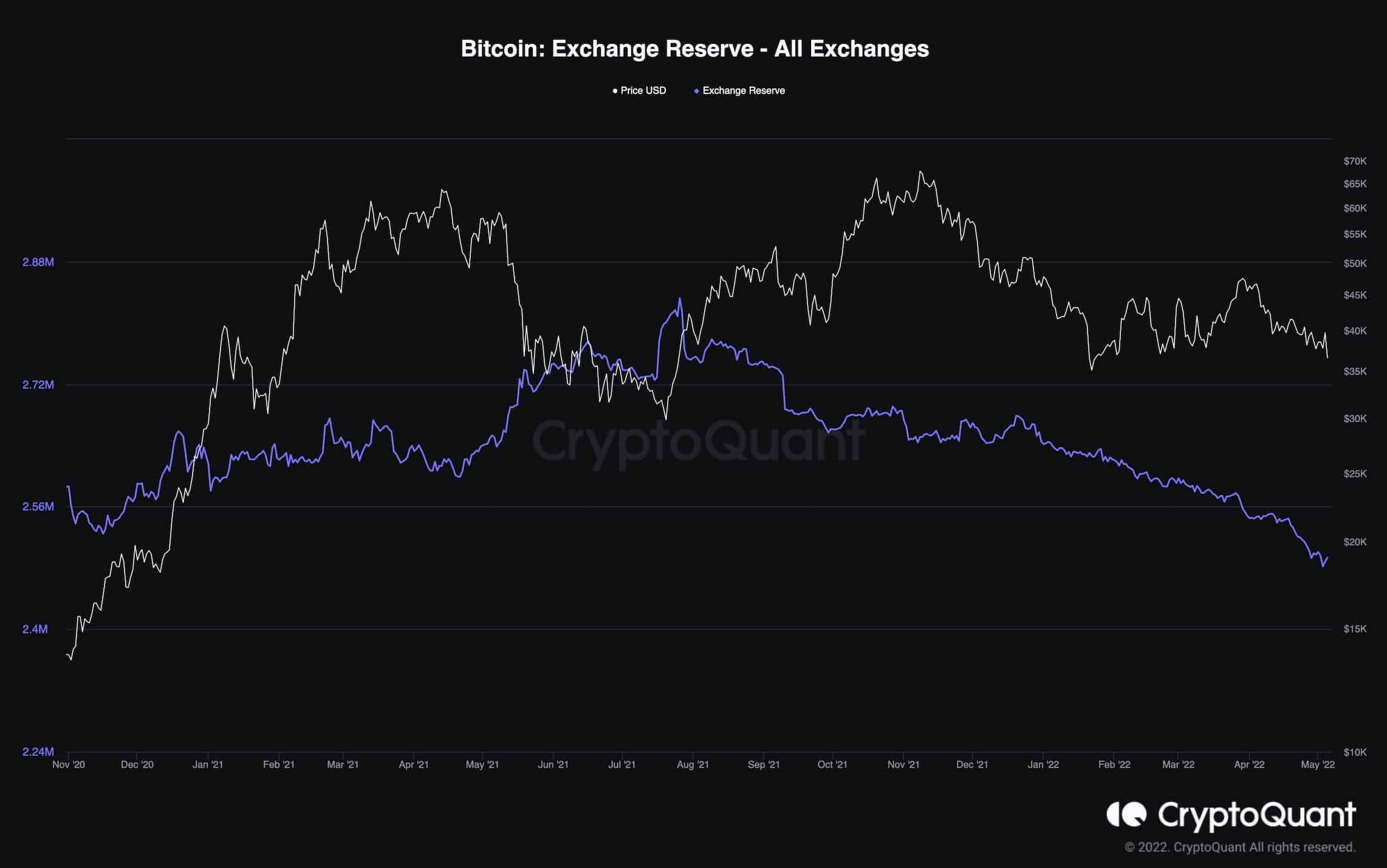 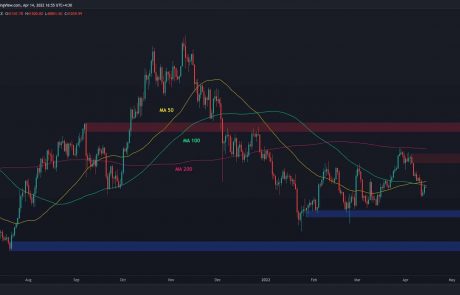 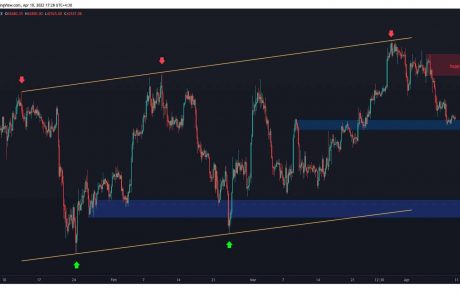