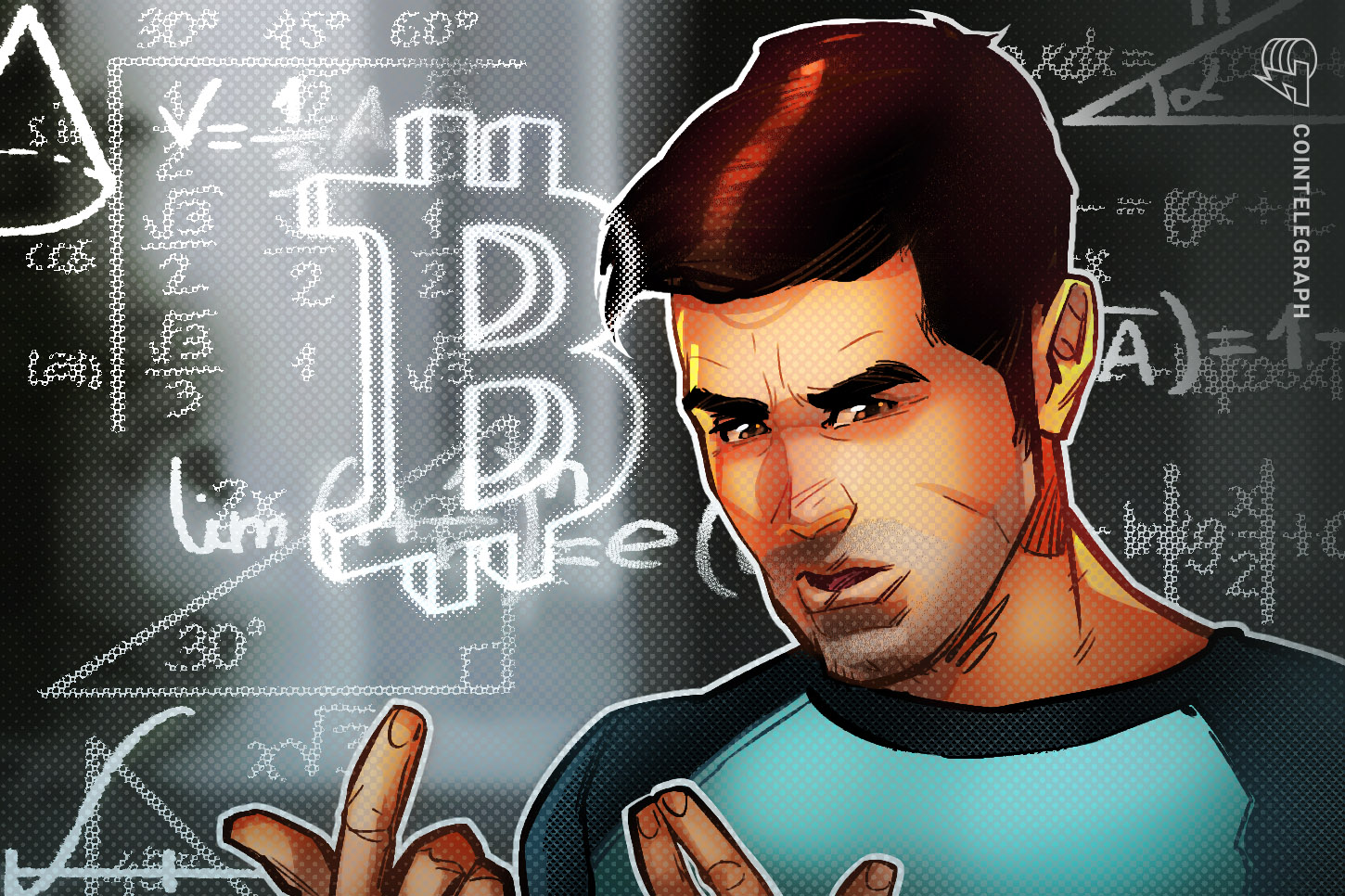 Bitcoin (BTC) may have hit six-week lows of under $20,000 but its network fundamentals are anything but bearish.

Despite being down around 7% in a week, BTC/USD is not putting off miners, who have recently exited their own multi-month capitulation phase.

Now, with hardware and competition returning to the network, fundamental indicators are firmly in "up only" mode as August draws to a close.

This is neatly captured by difficulty — an expression of, among other things, the scale of competition among miners for block subsidies — which is due to increase by an estimated 6.8% next week.

According to data from on-chain monitoring resource BTC.com, this will be the highest upward difficulty adjustment since January this year.

Not only that, but should the 6.8% increase materialize, difficulty will jump to new all-time highs.

"We may see a difficulty jump doozy enough to set a new (or close to new) ATH in a few days," Bitcoin mining consultancy firm Blocksbridge forecast in the latest edition of its regular newsletter, "Miner Weekly," released on Aug. 27.

Blocksbridge nonetheless noted that the current climate was not easy for all network participants. Those with older equipment, for example, were feeling the squeeze thanks to spot price losses and equivalent drop in value of block subsidies and fees versus costs such as electricity.

"Long story short is that the bear market is really crashing those with inefficient mining fleets," it continued. 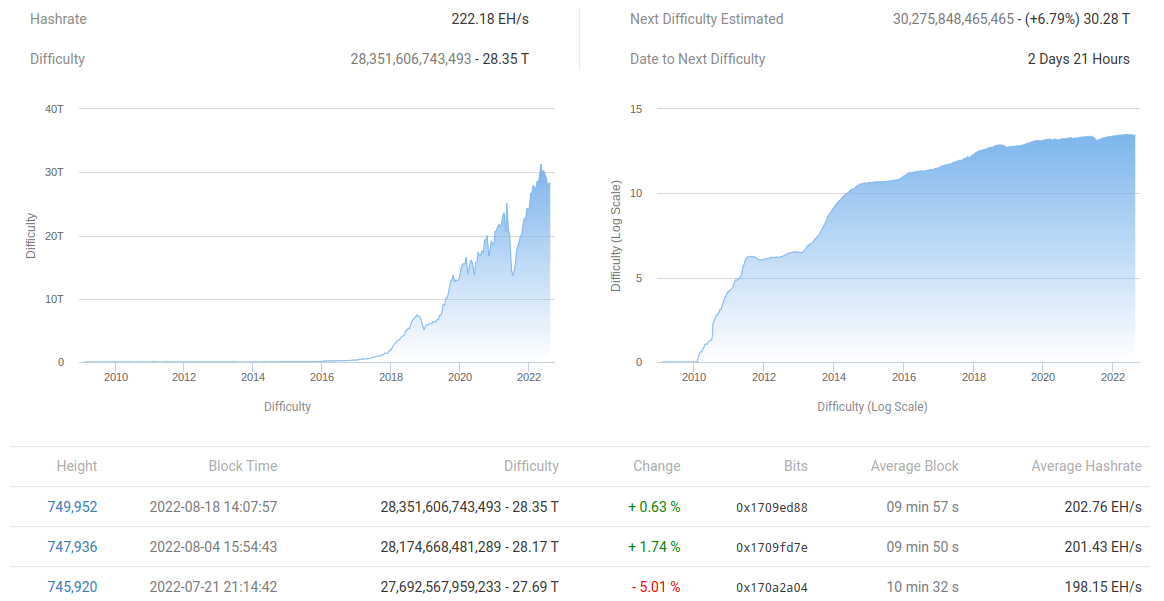 Back to more bullish numbers and Bitcoin's hash rate looks to be copying difficulty in a fresh push for new record highs.

According to estimated data from monitoring site MiningPoolStats, hash rate stood at up to 246 exahashes per second (EH/s) as of Aug. 22, inches from all-time highs of 251 EH/s measured in late April.

Hash rate is always an estimate, and its value fluctuations do not imply direct increases or decreases in miner activity. 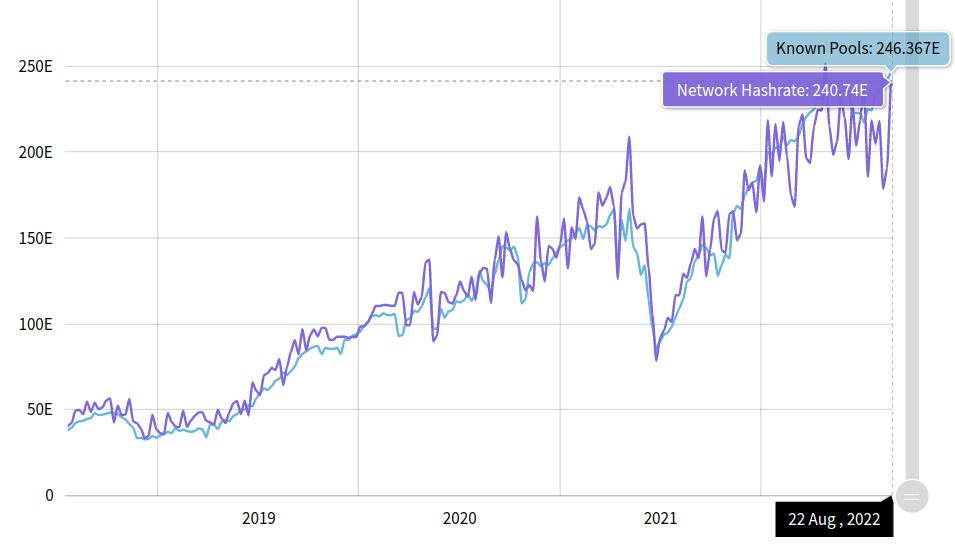 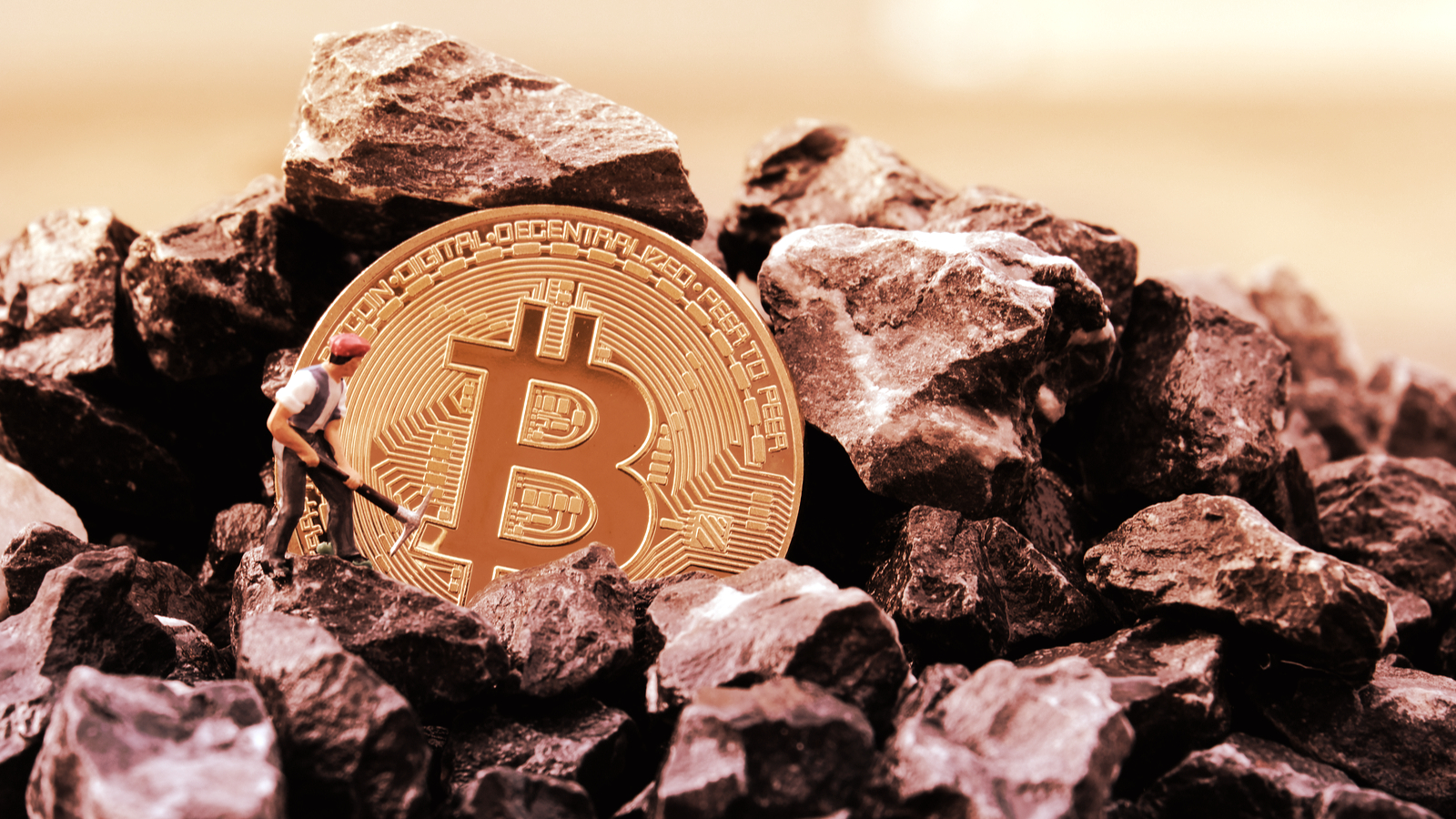