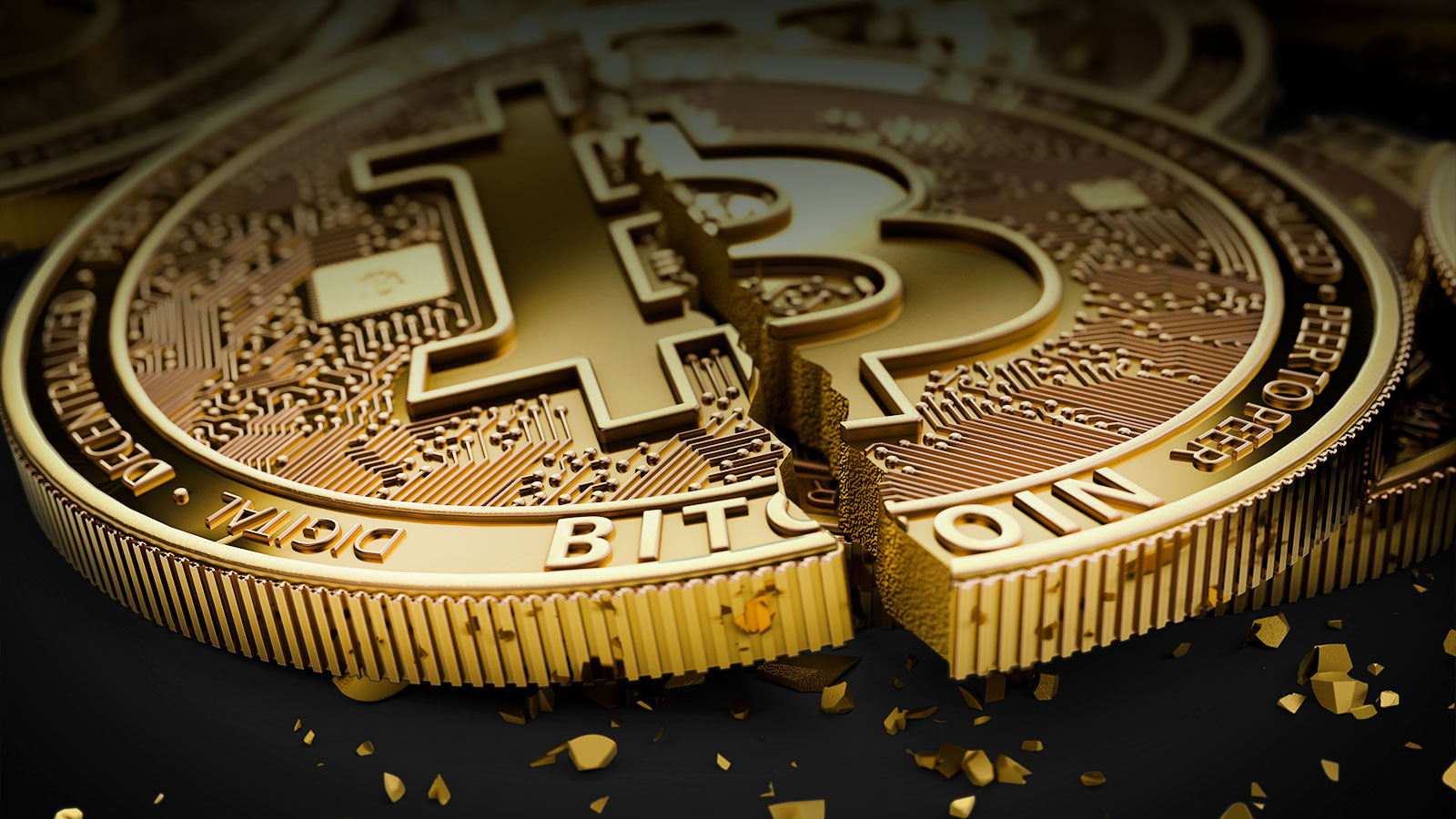 Bitcoin, the world's leading cryptocurrency, has had yet another underwhelming month, plunging by almost 15%.According to data provided by U.K.-based Acorn Macro Consulting, it is the worst-performing global asset this August, sitting at the very bottom of the chart.Brazil's Bovespa stock index is at the top of the chart after its furious August rally, adding nearly 9% over the past month.The U.S. Dollar Index (DXY) continues to reign supreme. On Monday, the greenback clinched a new 2022 high of 109.5 after Federal Reserve Chairman Jerome Powell strengthened risk-off sentiment with his hawkish Jackson Hole speech on Friday. The DXY index, which measures the strength of the U.S. Dollar against other global fiat currencies, gained 2.8% in August.

Nikkei 225, the stock market index for the Tokyo Stock Exchange, is also in the green over the past month.

, whose performance is highly correlated with Bitcoin, has shed 3.6% in August. 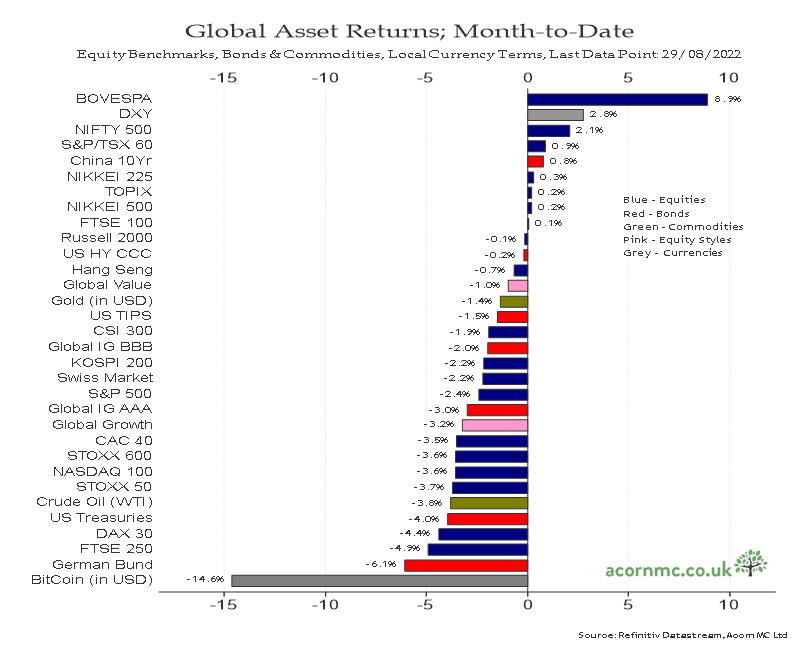 The cryptocurrency recovered to $20,000 on Monday, but it then plunged below the key level yet again on Tuesday, struggling to regain any semblance of momentum.It is currently changing hands at $19,942 on the Bitstamp exchange, and it is on track to log yet another day in the red.After gaining 17% in July, Bitcoin surged as high as $25,121 in August, but this was then followed by a sharp decline. 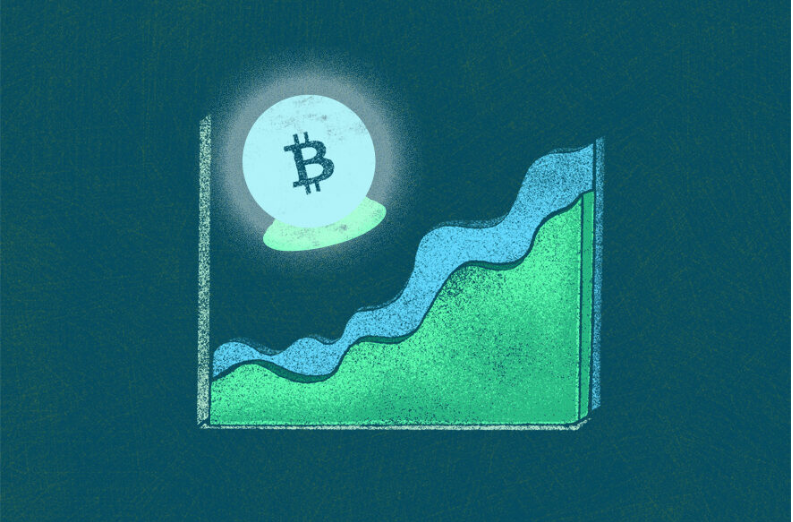 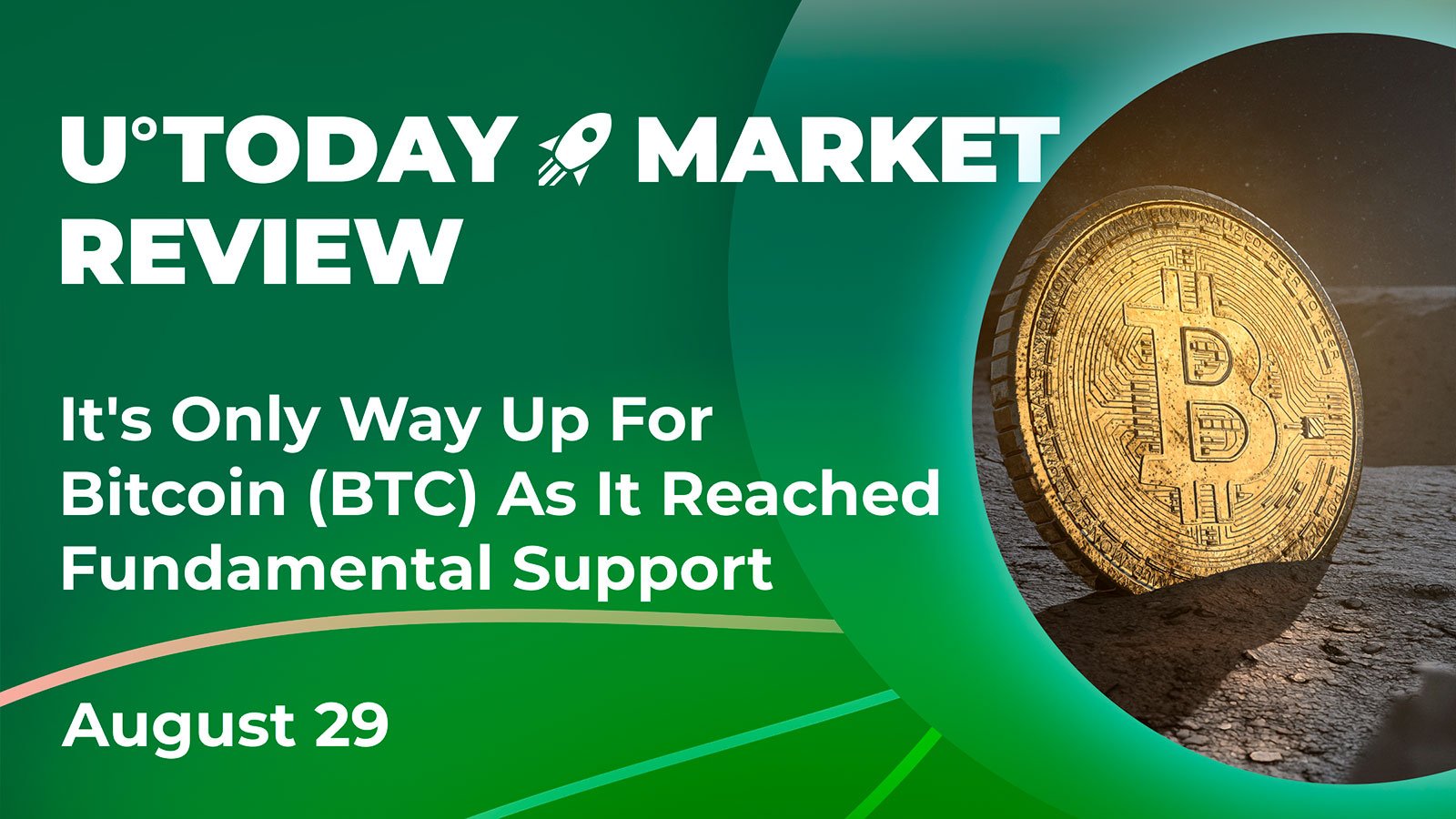 It's Only Way Up For Bitcoin (BTC) As It reached Fundamental Support: Crypto Market Review, August 29