Bitcoin To Continue Its Bearish Bloodbath! BTC Price Trend Can See Reversal Above This Level As Bitcoin dumps to new 2022 lows, it weakens the entire crypto market with fear of a more bearish bloodbath in the future. The Bitcoin market has been hit the hardest due to the recent bankruptcy filing by FTX after its collapse, vanishing billions of dollars from investors’ portfolios in the last few weeks.

Moreover, the Bitcoin mining industry suffers from decreased profitability as the BTC price tumbles near its crucial support level of $16K. However, Bitcoin is expected to bring bullish vibes to the market and accomplish investors’ much-awaited bullish goals as BTC witnesses a significant price jump with the preparation for leading the next crypto bull run.

Bitcoin has experienced significant volatility in the last few weeks as its price dropped to yearly lows due to high selling pressure from BTC miners and long-term holders fueled by FTX. BTC investors and miners faced a massive loss amid the downtrend, pushing them to liquidate all BTC holdings at a lower cost to avoid any upcoming bearish warning from the crypto market. 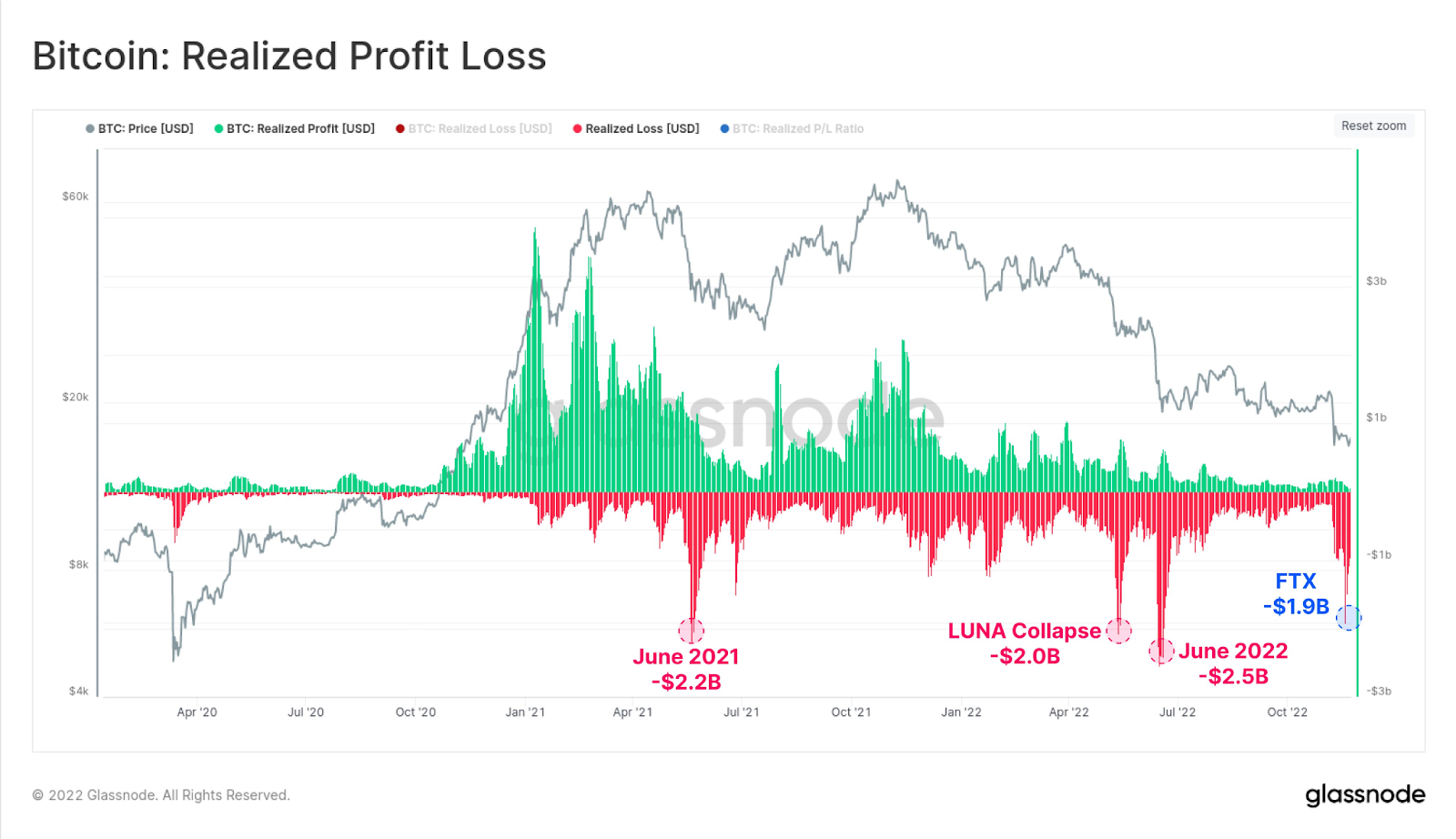 According to a prominent on-chain data provider Glassnode, BTC’s net realized loss has touched a low, marking the fourth significant loss for Bitcoin during a bearish market since its inception. The Net Realized Loss of Bitcoin touched $1.9 billion last Friday due to the ongoing panic situation borne by FTX’s demise.

BTC Price To Turn Bullish Above This Level

Despite the current market turmoil, several crypto analysts are bullish on Bitcoin’s future price as it trades near its final capitulation zone. A famous crypto strategist, RLinda, predicts that Bitcoin is all set to witness an upward rally to $40K in Q1 of 2023.

The analyst noted that Bitcoin might consolidate in a bearish range near $7K-$13K after getting trapped by market makers as BTC miners have increased their selling pressure by 400%, surpassing 2015’s levels. BTC miners will gradually increase selling pressure if Bitcoin does not recover from its downtrend in the upcoming days, which may usher to further bearish consolidation.

Moreover, the current trend of Bitcoin is following 2018-2019’s bearish cycle as the asset took almost equal time to fall by 77% from $60K levels in November 2021 to a new low of $15,479 on 22 November. However, Bitcoin may soon make a solid bullish reversal after building a support level at $10K following the trails of its previous bearish cycles.

Bitcoin may ignite its uptrend by the beginning of 2023 and end its accumulation phase by building a pre-tension of a prolonged bull run which is anticipated to be continued to $35K in the next few years.