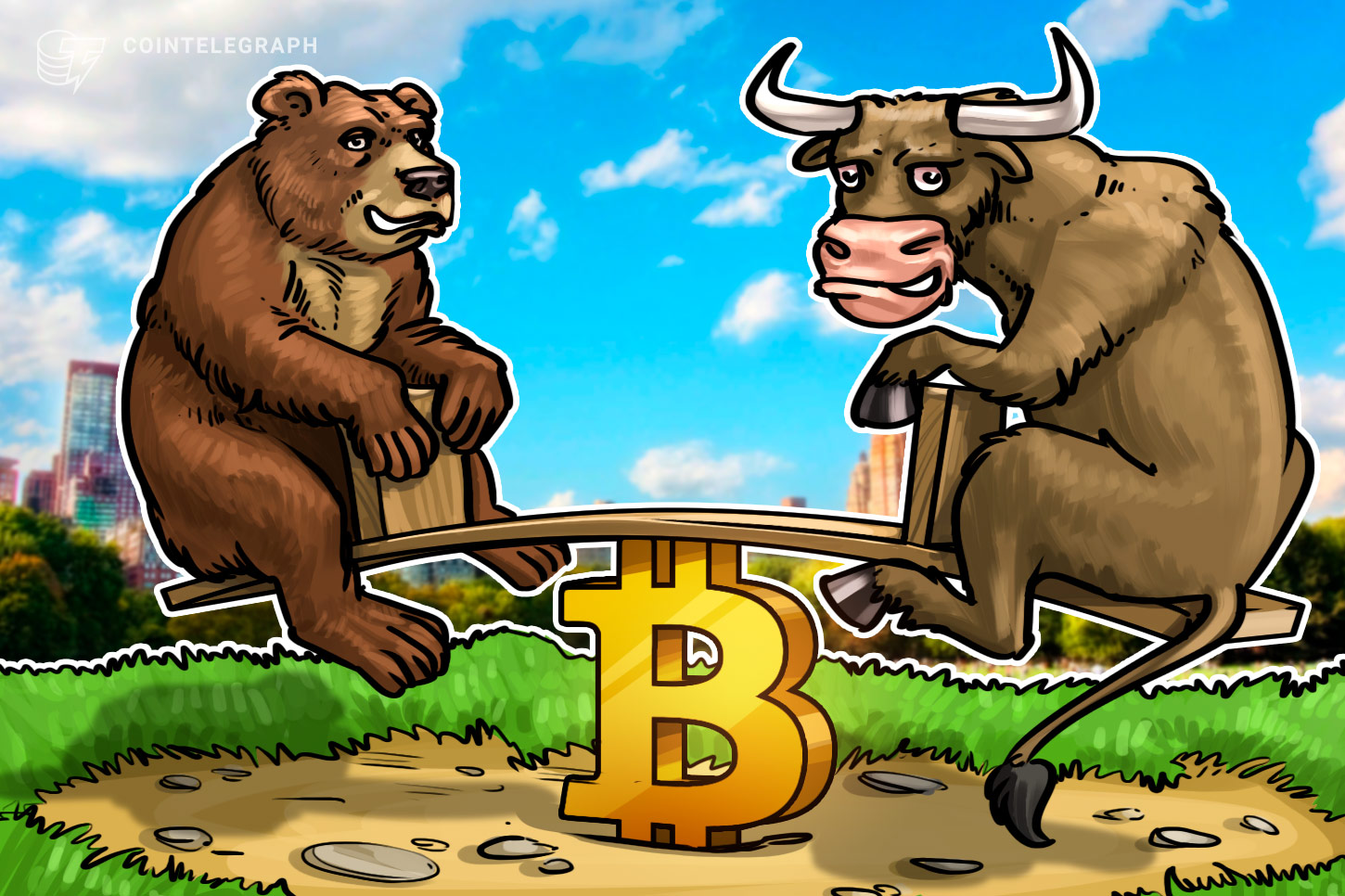 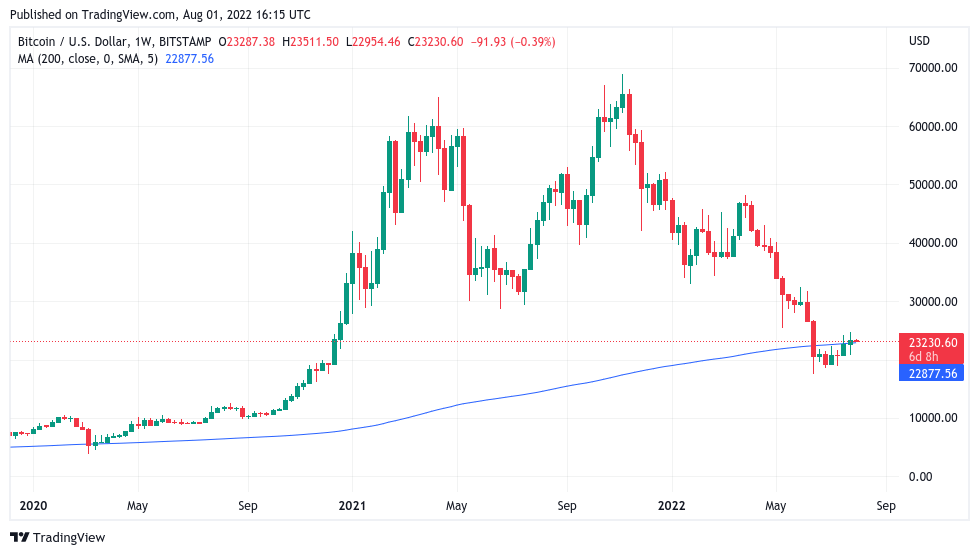 Data from Cointelegraph Markets Pro and TradingView followed BTC/USD as bulls and bears battled for control amid a tight trading range.

Bitcoin had inspired with its highest weekly close since mid-June the day prior, with its monthly candle also producing the biggest gains since before last year's $69,000 all-time highs.

Among analysts and traders, however, it was the market's ability to remain higher for several more candles that was important.

Despite reclaiming important trendlines such as the 200-week moving average (MA) and realized price, Bitcoin would not be out of the woods until it began producing whole weekly candles without retests of those levels.

"To call it anything else requires confirmations of valid breakouts above the key MAs. The 200 Week and 50 Month are the first ones to be considered for BTC, but only if we have full candles above the line. A wick below invalidates." 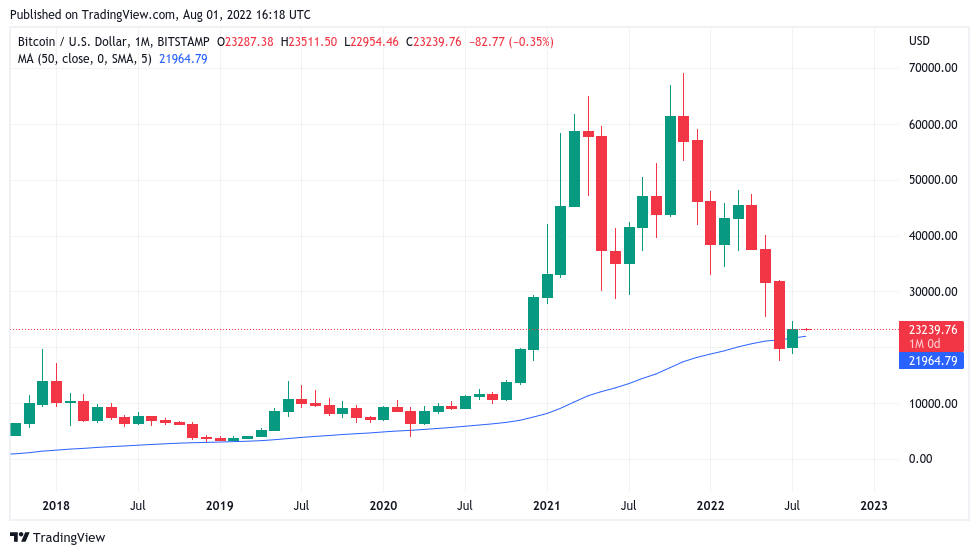 Fellow trader and analyst Rekt Capital nonetheless forecast that Bitcoin would naturally attempt to retest the 200-week MA as support in the short term.

The new #BTC Weekly Close above the 200-week MA means that price will try to retest this MA as new support this weekBTC already held the MA as support last week, as evidenced by the downside wickNow it will try to hold it for a second consecutive week$BTC #Crypto #Bitcoin — Rekt Capital (@rektcapital) August 1, 2022

Commenting on price strength, however, he noted that the 200-week MA reclaim was the first such occurrence after an "extended downtrend" since the March 2020 COVID-19 crash.

"Bitcoin may be struggling to break above the $24,000 level, but its weekly candle finally closed above the 200-week moving average and it could improve the technical sentiment significantly," Zain Haider, co-founder of Blockchain Q&A platform Answerly, summarized in additional commentary.

With United States stock markets flat on the day, Bitcoin and altcoins had little by way of macro pressure influencing price action.

"Both Bitcoin and Ethereum have seen a rebound in prices this week, coming off the back of extremely oversold conditions, and spurred on by risk-on sentiment following the July FOMC meeting," they concluded in the latest edition of Glassnode's weekly newsletter, "The Week On-Chain."

"However, under the surface, on-chain transactional demand remains lacklustre at best, and this rally has not yet seen a convincing follow through in observable demand activity."

Glassnode added that on-chain data still represented "only part of the picture," and that attention should likewise now be on whether the fledgling signs of change could endure. ATOM & NEAR Price To Rally With Bitcoin Bear Market Bounce! 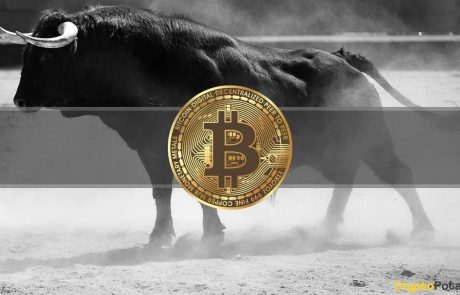