Yet a new slaughter in the crypto space with huge liquidations happening with the beginning of the new week. Bitcoin price slashed miserably below $39,000 after consolidating healthy above $40,000 for a pretty long time. However, while huge price swings are recorded since the beginning of the 2022 yearly trade, it’s become a tedious job to determine whether the BTC price is in a bearish trend or displaying some contractions within a bull market.

The BTC price was at the highs of its bull run at the same time a year ago in 2021 and smashed its ATH at $64,000. Further, despite a drop of more than 50%, the price rose like a monster in the next 3 months to hit a new ATH close to $70,000. However, since then the price maintained a notable drain and instability which is carried until now. The asset is spending more time in consolidation, raising many speculations of a bear market incoming.

Bear market or Bull market for #Bitcoin ?Its interesting to note that the correction from $69k to $33k took place over a 75 day span (November 10 to January 24)Since the $33k low, Bitcoin has trended directionally up for the last 83 days: — Matthew Hyland (@MatthewHyland_) April 17, 2022

As mentioned by the analyst, the BTC price traded in a descending way for 75 days and later been moving horizontally for the past 83 days. And hence the extended consolidation which includes a couple of steep plunges close to $35,000 raises huge concerns for the upcoming bull run. On the contrary, the BTC price still appears to be well-positioned to ignite an upswing towards the target of around $44,000 in a short while from now. 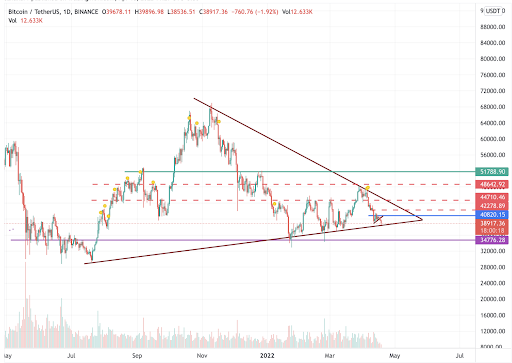 No doubt, the BTC price has now broken the ascending triangle and plunged in the short time frame, but in the higher time frame, the asset is still bullish. The star crypto is on the verge to flip after hitting the lower support of the huge symmetric triangle. And hence a significant uptrend may be awaiting ahead. A flip from these levels could ignite a strong upswing towards the upper resistance of the triangle around $44,000 slicing through the immediate resistance at $40,000.

However, it is also to be noted that the present week’s trade may be a game-changer for the BTC price. As both the possibilities of a massive jump or a drastic plunge hover over Bitcoin price. And hence if the bulls get intensified, then a breakout at the apex may lead to a rally beyond $45000 within no time. 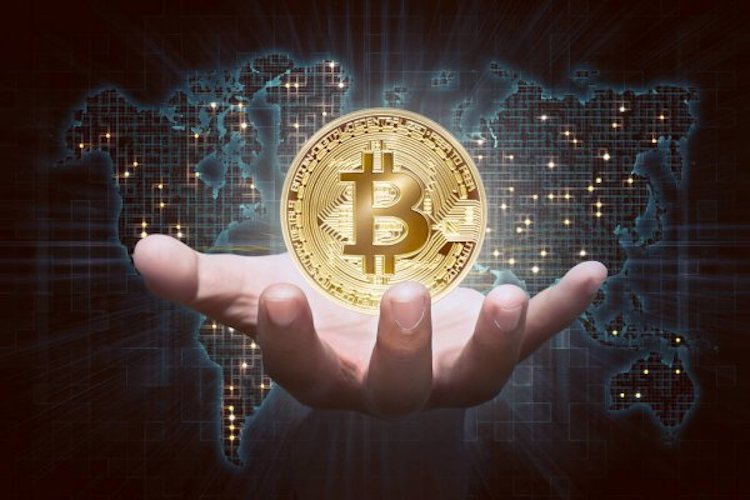 This Is When Bitcoin Traders Can Expect Fresh Rally, Here’s What Next for BTC Price