The market leader Bitcoin has had a tough sail since the start of 2022. The cryptocurrency after brushing its multi-year lows, is currently building momentum at levels around $23k. Successively, occurrences such as FED’s interest rate hikes, Russian Invasion, Europe’s vote on PoW chains. And insolvency crisis of Celsius and 3AC, have collectively collared the price projection of BTC.

Thereafter, a steady uptrend took the price to $47,499.73 by the 31st of March. Bitcoin has had a rough sail in the second quarter. BTC’s price is now down ~50% since the first of April.

If the star crypto carries forward the third quarter with a bullish surge. The price of the star crypto could brush the levels of $28,410.87. Which could follow after oscillations at crucial levels. On the downside, picking up pace from the lows could leave the price at its crucial level of $21,612.7. That said, an equilibrium in buying and selling pressures could land the price at $24,607.6.

A continuity in the bullish momentum from the third quarter could help BTC’s price rise towards the level of $36,623.15. On the flip side, if bears weigh heavier than the bulls, the price could settle at $26,575.66. That said, usual buying and selling pressures could settle the price at $31,444.03. 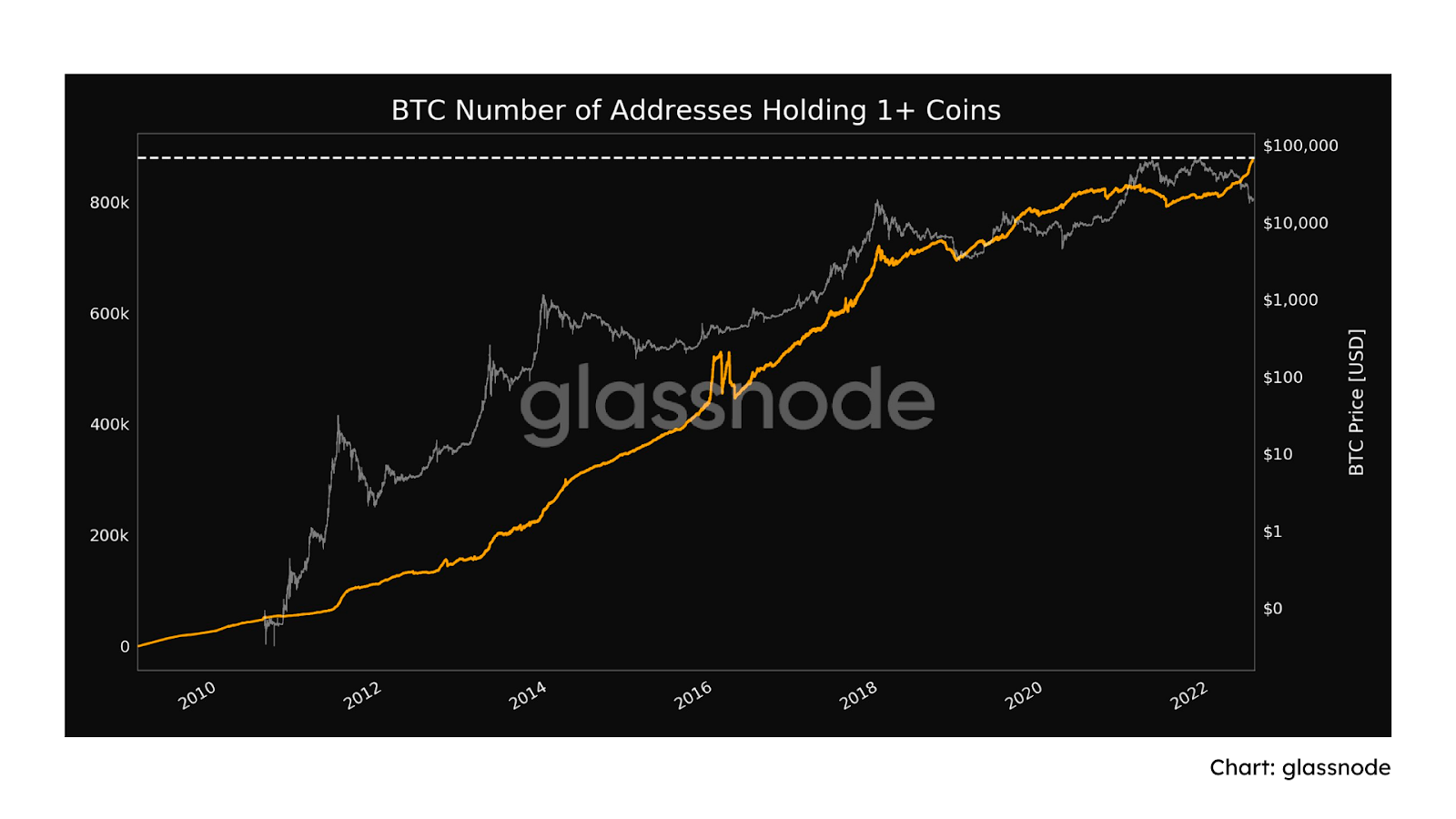 We will be able to see notable changes in scalability, with developments in the taproot. Moreover, the supply crunch would grow more evident, with the approaching halving event. Wherefore, the price could surge to a maximum of $96,053.23 by the end of 2024.

If Bitcoin manages to diversify and empower its liquidity over the next three years. It holds the possibility to attract more investors, which would result in global recognition. That said, the chances of investments fueled by FOMO would be on the higher side. Prevailing which the price could skyrocket to $140,915.66 by the end of 2025.

On the flip side, if the star crypto falls prey to the bears. Owing to criticism coming from the concerns of mining, energy consumption, and regulation, amongst others. The possibility of the BTC price ending the yearly trade at $69,447.66 cannot be ruled out. Consecutively, factoring in the bullish and bearish targets the average price might land at $103,588.42.

According to Wallet Investor’s algorithm-based BTC price prediction. The largest crypto asset could hit a maximum of $41,982.8 by 2022. And the downside could flip the price to $23,157. The average buying and selling pressures could propel the price to trade at $32,698.

Successively, the firm agrees with the broader market, that Bitcoin can be a profitable investment for the long term. The firm cites that BTC would rise from a minimum of $66,779.6 and could pursue the rally to claim $89,126.4 by 2025.

Since its inception in the year 2008 by an anonymous creator or creators known to the world as Satoshi Nakamoto. Bitcoin has taken the digital age by a storm, it also enjoys the title of being the oldest and largest cryptocurrency. Bitcoin’s working relies on a completely decentralized system, making use of its open-source protocol. Which pushes it head-on against the flaws of FIAT.

Bitcoin price has commenced the current year in a choppy trend. According to the formulated Bitcoin price prediction by Coinpedia. Seeking impetus from institutional investments and acceptance. The price of BTC could propel to a maximum of $36,500 by the end of 2022. In contrast, if concerns around PoW chains and energy consumption worsen. We can expect the Bitcoin price to settle at levels around $26,500.

A: Bitcoin’s price projections have been following up with that of gold from 1999 to 2011, BTC price could eventually claim the title.

A: BTC is available for trade across prominent exchanges such as Binance, Coinbase, Zebpay, etc…