Currently, Bitcoin is on a bumpy ride as the world’s first cryptocurrency has been switching between $19,000 and $20,000 price area. Even the last week’s price action wasn’t as eye-catching as most of the days the currency was on a red candle.

At the time of publication, Bitcoin is selling at $19,711 after a fall of 2.61% over the last 24hrs. Currently, the flagship currency’s troubled days may not find their end anytime soon.

Though the market has reversed its stance, crypto experts and strategists have given their predictions based on their analysis.

Among such analysts, CryptoQuant author, Maartunn claims that the large transactions that took place recently might have affected the market. This kind of scenario often leads to the price decline. 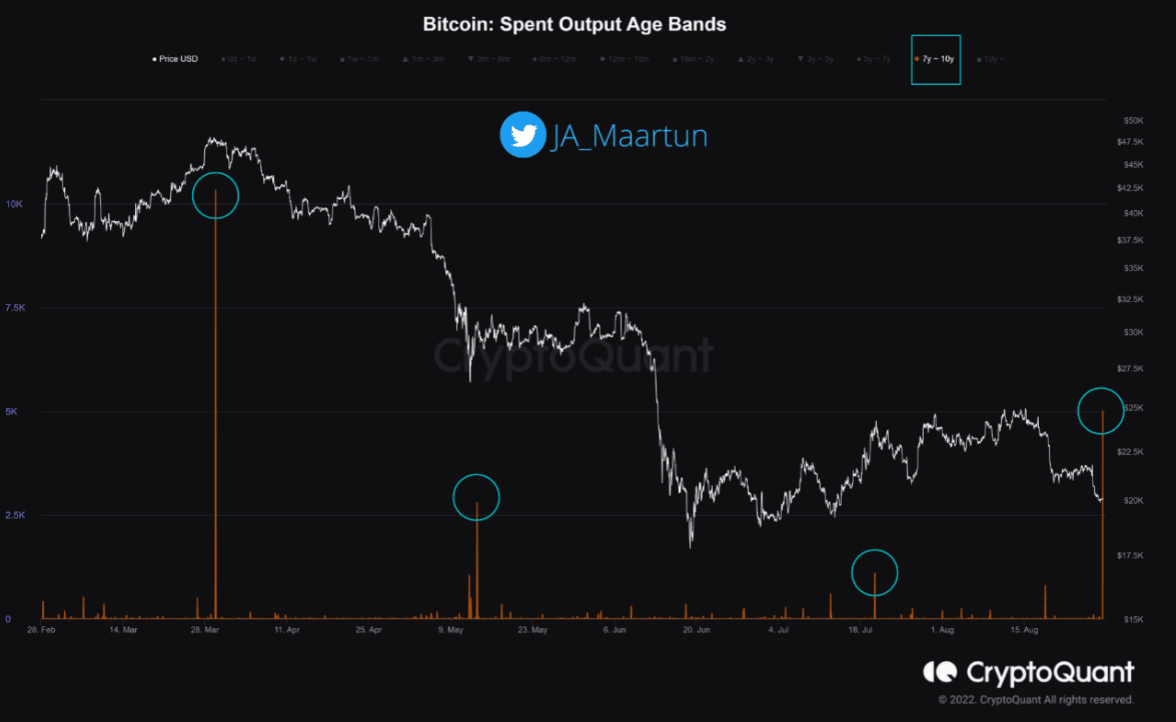 As per Maartunn the movement from here is unpredictable but certainly not a bullish run and he also says that he is not sure if there will be a guaranteed downfall or just consolidation like May.

On the contrary, Gert van Lagen, a technical expert, indicates a positive head and shoulder pattern on Bitcoin’s chart that suggests an upward movement for the currency.

However, a few of the market participants were not in favor of this prediction. Meanwhile, a few on-chain metrics support Lagen’s statement.

Regardless of the negative price movements, BTC addresses with non-zero balances demonstrated a consistent increase over the past few months. This suggests greater investor faith and trust in bitcoin in the process. 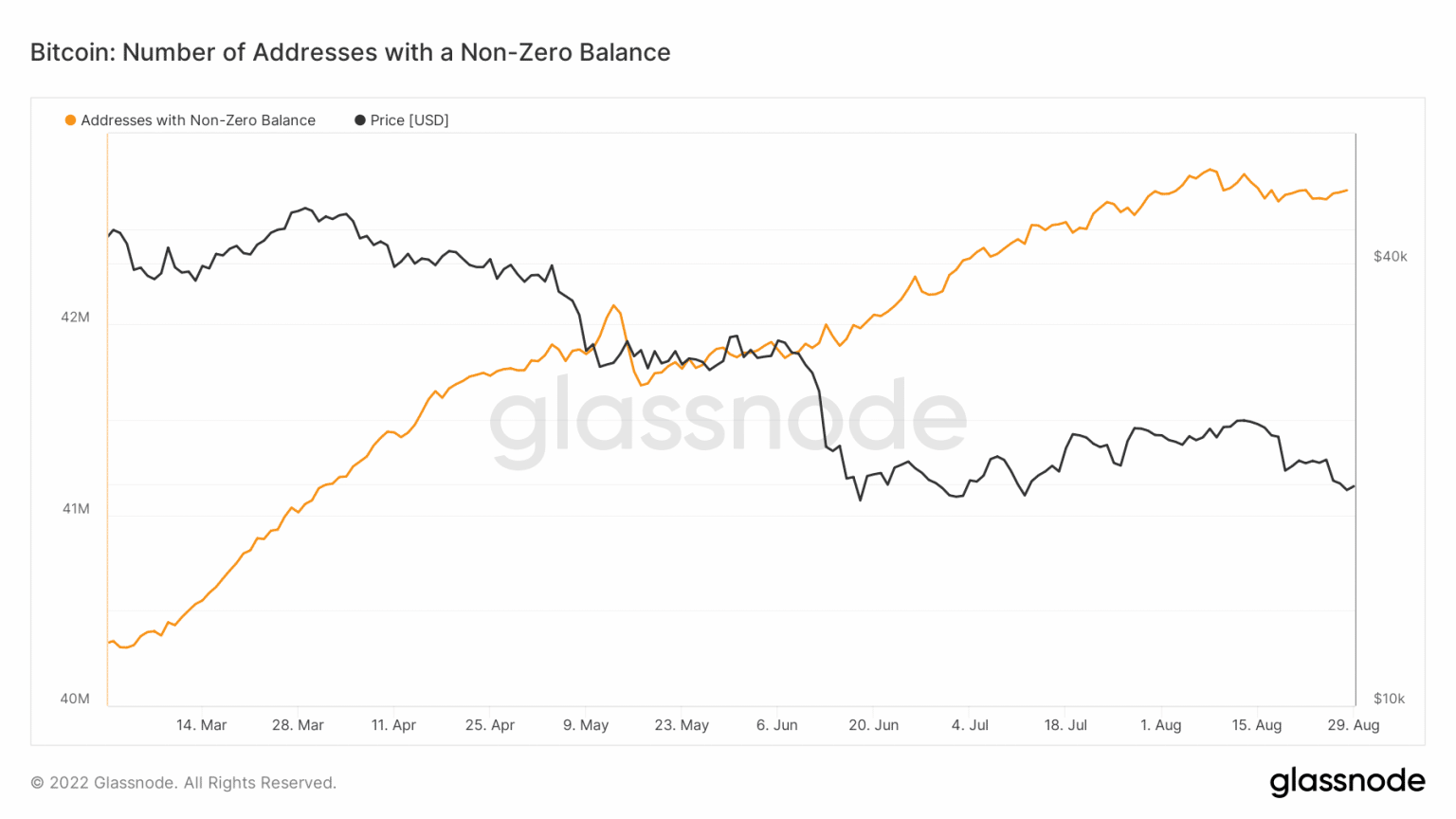 While some metrics supported the prospect of a bull market soon, others suggested cooler times ahead for the biggest cryptocurrency in the world. At the time of publication, the supply of Bitcoin in the losing position was on track to once again reach its three-month high.

At the start of this month though the number declined, with the bear market there was a reversal in the figure. 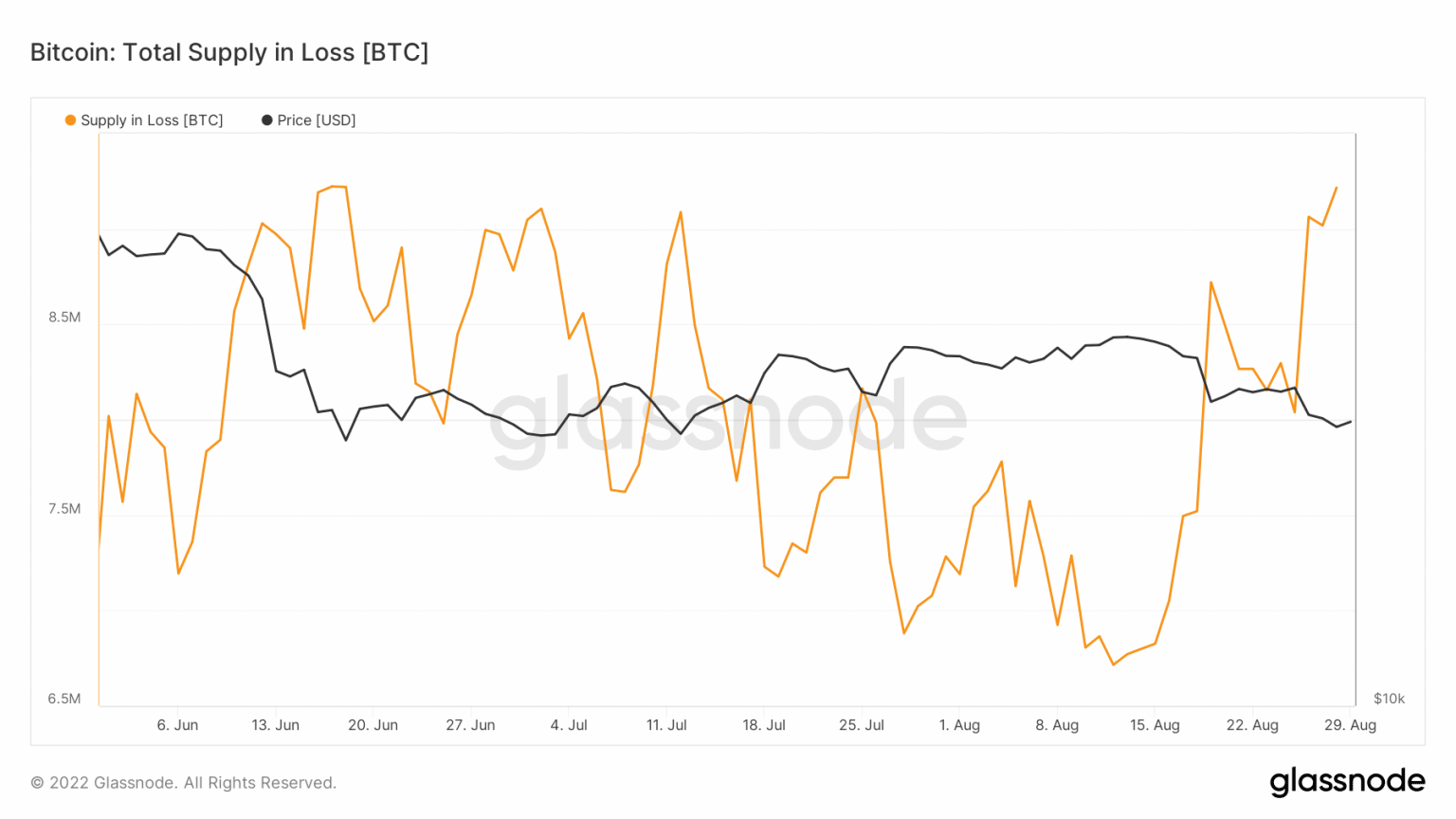 The MVRV share for Bitcoin was also significantly lower than 1, which typically denotes a bear market. The MVRV ratio, however, recorded lower lows than the present situation in the earlier few months, so looking at the historical data, yet another drop in value is viable. 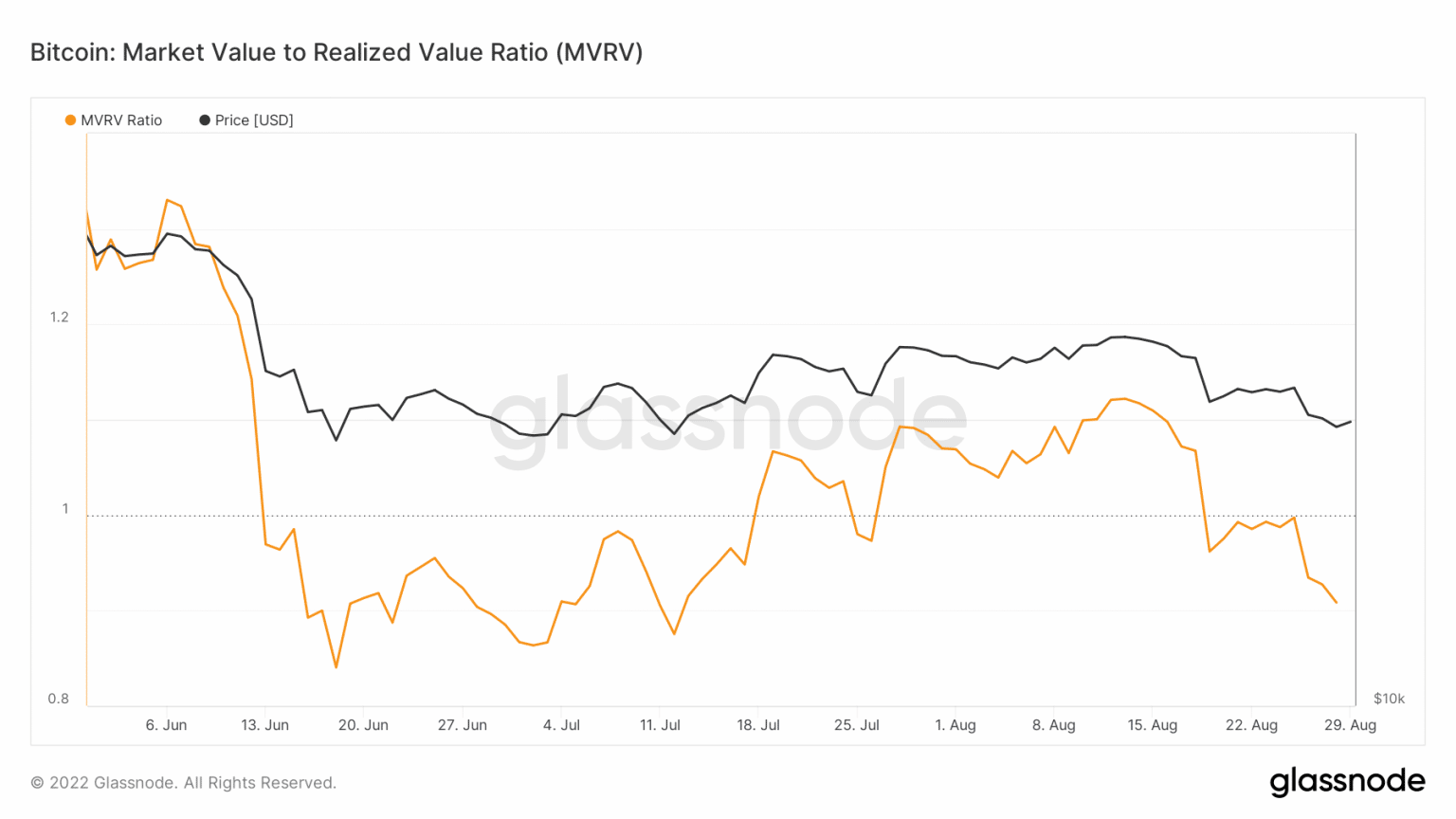 It is challenging to make reliable predictions about Bitcoin’s future days and how will it hold due to the wide range of opinions within the cryptocurrency world, inconsistent metrics readings, and the unpredictable nature of the crypto market.

Bitcoin To Hit Bottom in Q4! How Low Can BTC Price Drop?