The world’s first cryptocurrency, Bitcoin has been facing a severe sell-off between $19,000 and 19,500. The flagship currency is striving to get back its long-lost $20,000 trading zone.

Meanwhile, it observed that hash rate is rising, indicating towards Bitcoin miners add more computational power so that new blocks are added. However, this in turn will add up energy costs at an equal rate because of which Bitcoin miners are receiving minimal mining revenue.

This phenomenon by Bitcoin miners is expected to attract another sell-off. Glassnode, an on-chain data firm, claims that the Bitcoin hash rate has hit an all-time low of $66,500 per Exahash. This simply says that Bitcoin miners are not in good profit with the hash power they apply. 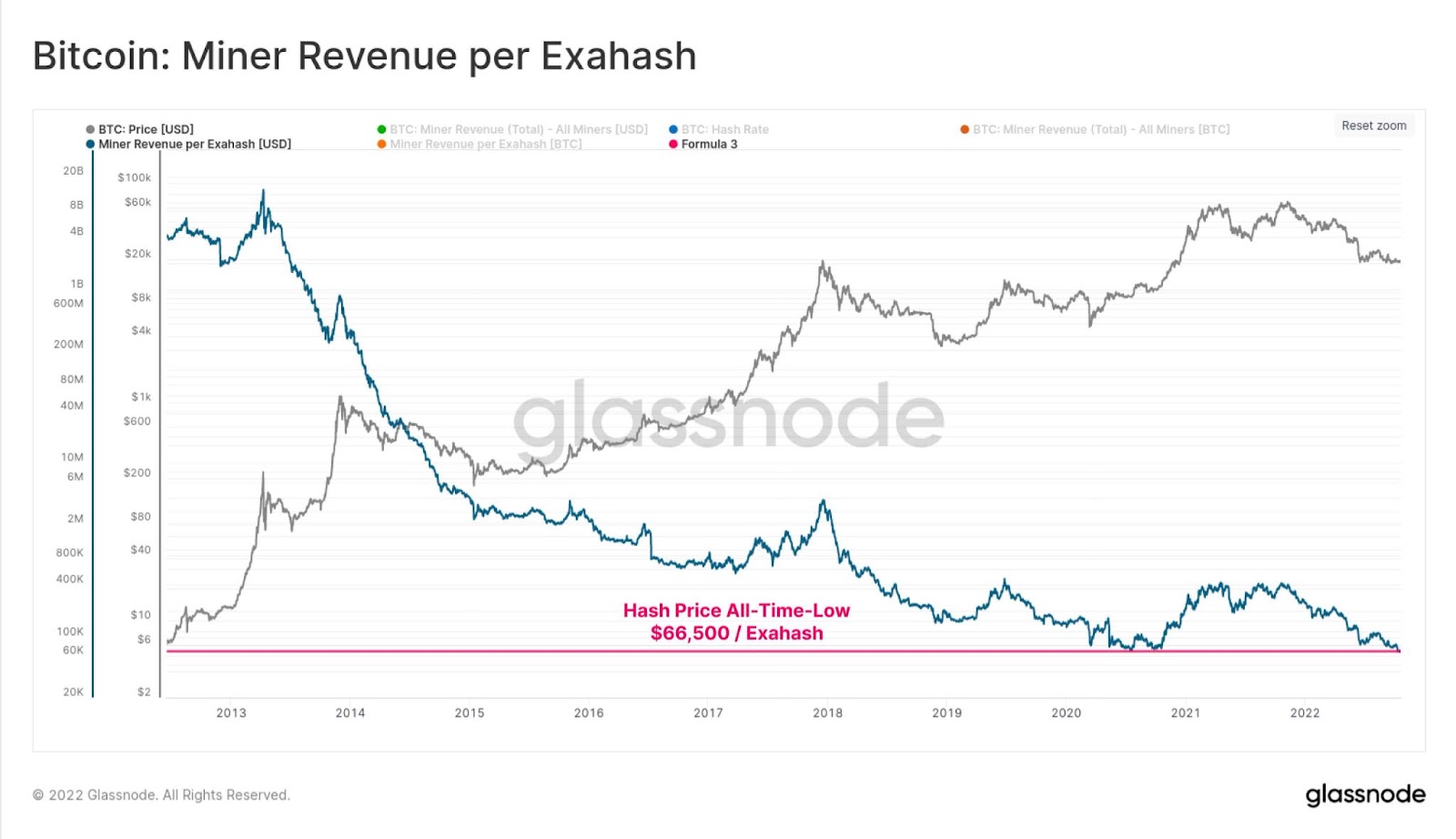 The same was reported by Arcane Research where the firm published a report claiming that miner revenue has dropped by 81% from October 2021 high. On the other hand, most of the miners’ gross margin has plunged from 80%-90% to 30%-40%.

On the flip side, Bitcoin long-term holders are depicting a positive stance. Crypto analyst Will Clemente refers to Glassnode data and explains that 78% of Bitcoin Supply has not moved in the last 6 months. He claims this is a remarkable movement amidst such negative macroeconomic events. 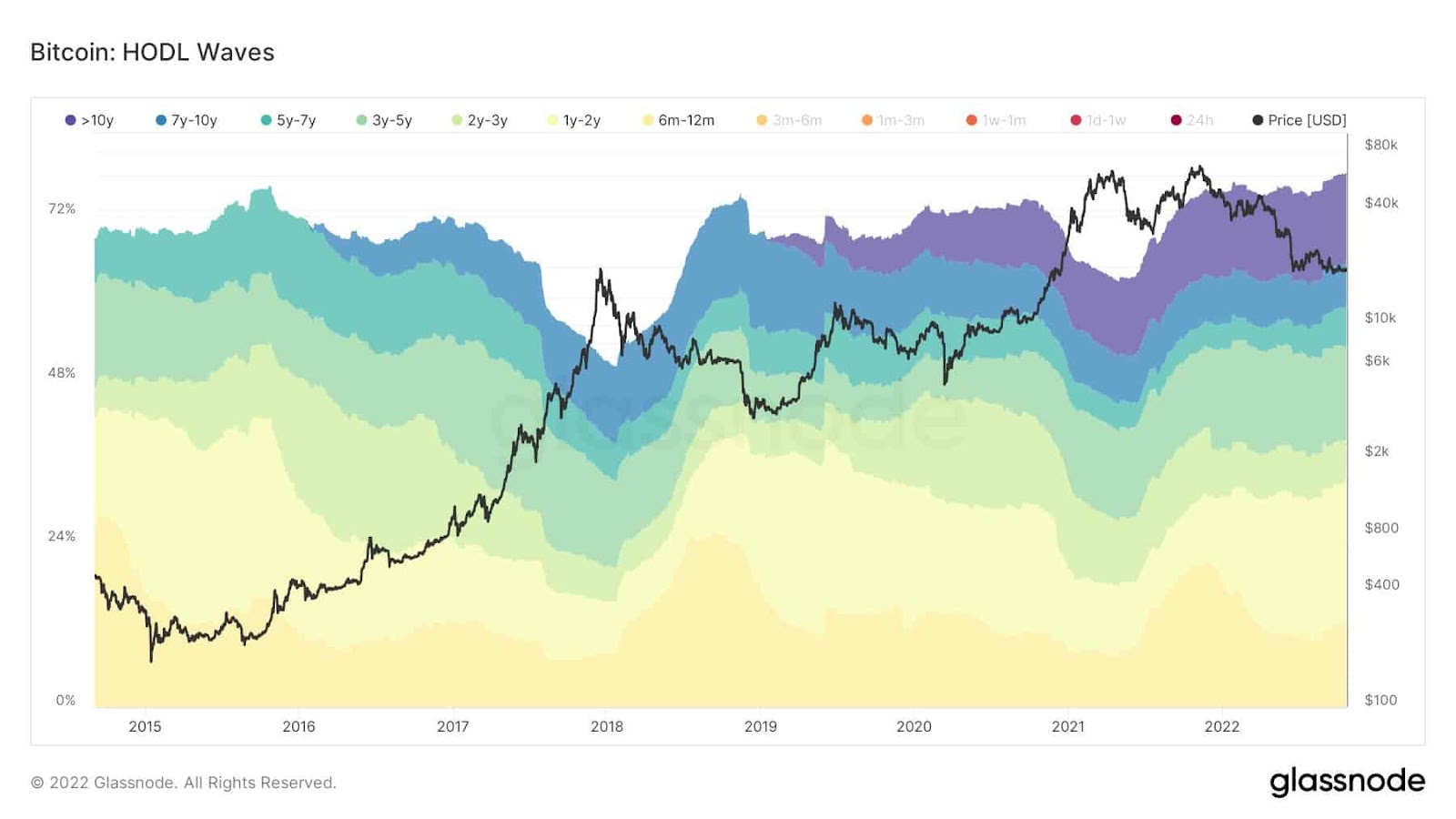 Also in a recent conviction, Mike McGlone claimed that Bitcoin is stepping into a maturation stage. By this he means that the King currency is expected to rise even when the Fed is expected to continue the interest rate hike.

However, now it’s important to see whether Bitcoin will be affected by Bitcoin miners’ low revenue and long-term holders’ positive stance.