A well-known strategist who is pseudonymously known as ‘Capo’ talked about three of the top cryptocurrencies such as Bitcoin (BTC), Ethereum (ETH), and Cardano (ADA), in his latest analysis.

While addressing his 443,000 Twitter followers, Capo claims that Bitcoin will see new lows if the currency drops below $19,000.

Per Capo’s predictions, Bitcoin’s latest claim of the $20,000 level was nothing but a ‘dead cat bounce’, as it was all due to selling on the FTX crypto exchange. The asset is referred to as a dead cat bounce whenever it sees an uptrend during a bear market.

Capo says that this move was to apply pressure on the short sellers. Hence, as per the analyst, Bitcoin is still in a bearish trend and is likely to fall below $19,000. 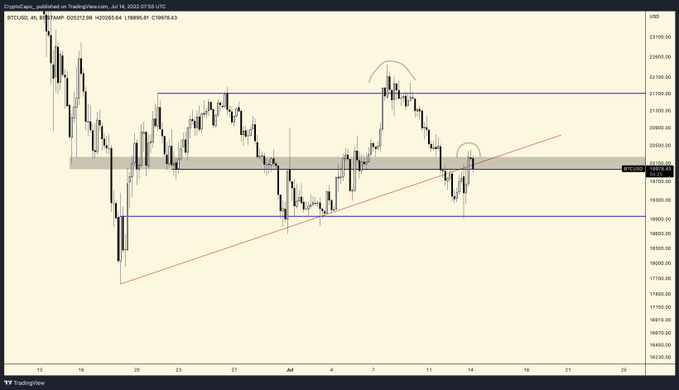 Further, Capo says that the current price movement of the flagship currency is similar to that of last year when the price had hit $30,000. Now, the analyst predicts the Bitcoin price to trade between $15,800 and $16,200 shortly.

Capo took up Ethereum (ETH) next.

For the second largest cryptocurrency, the researcher feels that if it falls below $1,000, then Ethereum could attract a 30% fall from the current price.

Capo believes that Ethereum is testing the previous all-time high as its resistance and creating a correction. Hence, this is a bearish move. 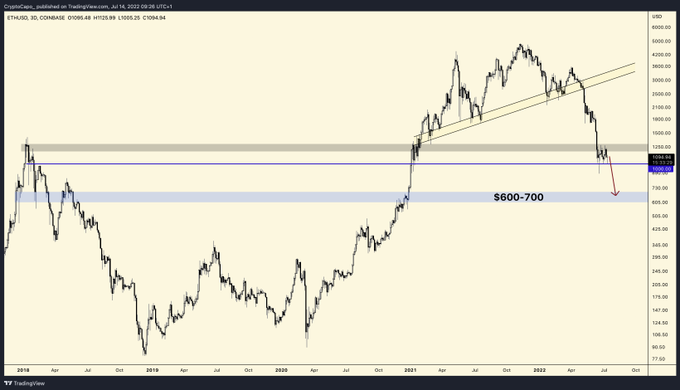 The strategist concludes the analysis with Cardano (ADA) by saying he is pessimistic about the ADA price movement.

He says this because the currency has “broken” and is testing the resistance. 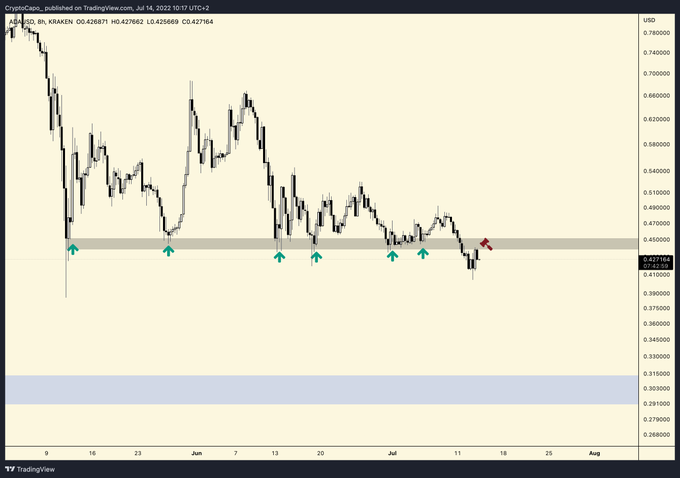 The strategist, Capo, had also predicted that Cardano is getting weaker as the days pass by and the next support area for it is $0.29 to $0.31. 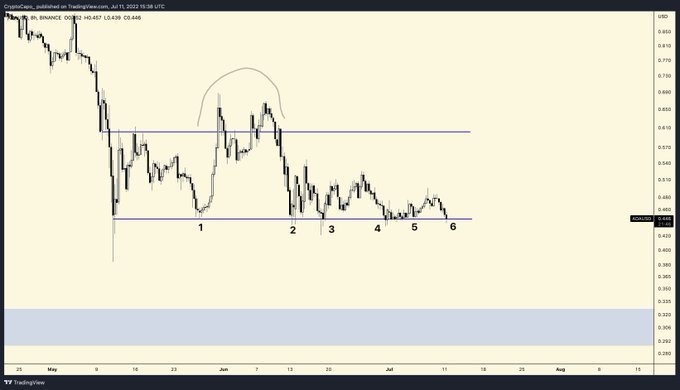