Bitcoin Bottom Not In , BTC Price Can see Max Pain in December-January

At the same time, some analysts predict a bullish note as Bitcoin can see a short-term bullish rally again. Toni Ghinea, a famous crypto analyst, now indicates that Bitcoin is ready to initiate a mini-bull run before bottoming by the end of 2022.

Bitcoin Is Under Bull Trap!

Bitcoin has been continuously trading in a consolidated zone near the $19K price level, and it may soon form a short-term bullish momentum, predicted by a crypto analyst.

Toni Ghinea, a significant crypto strategist, who predicted that Bitcoin would drop below $10K by the beginning of Q1 of 2023, now forecasts that the crypto king is poised for an upward jump before initiating a downtrend in the price chart. 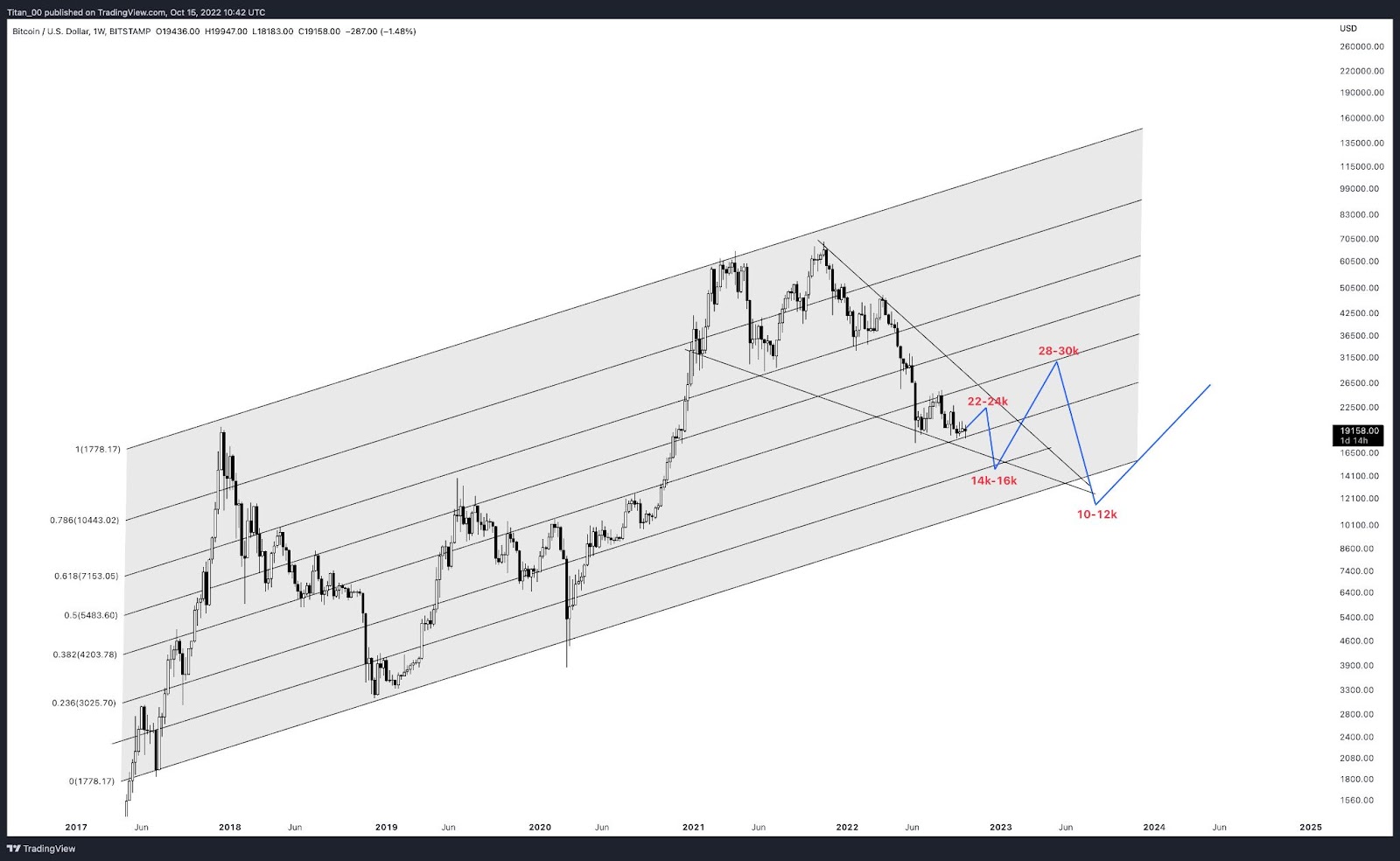 According to his recent tweet, Bitcoin is forming a falling triangle pattern, which indicates a resistance level at a price range of $22K-$24K. Bitcoin is projected to reach this price range by the end of October before starting its bearish journey.

The analyst further predicts that this bullish trend may be short-lived as BTC price is expected to drop significantly to a price zone of $14K-$16K by the end of December.

Toni predicts that BTC may have a considerable price recovery by the beginning of 2023 as it can touch a maximum price level between $28K to $30K.

For June 2023, Toni further predicts that Bitcoin may again have a significant price drop, touching the bottom line between a price range of $10K to $12K.

What Is Bitcoin’s Technical Analysis Saying?

Bitcoin investors may get relief as Bitcoin is showing a short-term bullish momentum. According to CoinMarketCap, Bitcoin is currently trading at $19,136 with a downtrend of nearly 1%. However, the candles on the Bitcoin price chart may soon turn green as it can attempt to break the price level of $20K.

EMA-50 is currently at $19.8K, acting as an immediate resistance level for Bitcoin. If BTC successfully breaks this level and holds its price above it, it can soon make an upward target of $22K.

SMA-14 line trades near 47-level, hinting a stable price momentum for now. However, the MACD line is approaching its trend line, which shows that Bitcoin may soon have a breakout to the upper side.

Conversely, the Bollinger band’s lower limit is at $18K. If the bullish analysis fails, Bitcoin price can drop below $17.5K and may continue to plunge until December.

The RSI-14 indicator is not impressive as it continuously declined and reached 44-level. If Bitcoin comes over any negative news, its price may have a sharp fall and get to the predicted $10K level in no time.