On-chain data shows the Bitcoin exchange inflows have spiked up over the last day, something that could prove to be bearish for the price of the crypto.

As pointed out by an analyst in a CryptoQuant post, the two exchange inflow mean spikes amounted to around 21 BTC and 17 BTC respectively.

The “exchange inflow mean” is an indicator that measures the mean amount of Bitcoin being transferred to the wallets of centralized exchanges per transaction.

It’s different from the normal inflow metric in that instead of simply measuring the total number of coins flowing into exchanges, it tells us how large the average transaction to exchanges has been recently.

When the value of this indicator is high, it means investors are depositing a lot of BTC to exchanges right now. Such a trend can be a sign of dumping in the market.

On the other hand, low values of the metric suggest there isn’t much selling pressure in the Bitcoin market at the moment.

Now, here is a chart that shows the trend in BTC exchange inflow mean over the last few days:

As you can see in the above graph, the Bitcoin exchange inflow mean has seen a couple of spikes in the last 24 hours.

The first of these measured to around 21 BTC, which means that at the time it occurred the average transaction going into exchanges involved 21 coins. Similarly, the second spike had the mean inflow value touch more than 17 BTC.

Since these spikes have come as the price of the crypto has surged up, they could be coming from whales trying to profit from the pump.

In the past, the occurrence of multiple Bitcoin exchange inflow mean spikes larger than 15 BTC in value has generally been followed by a dip in the crypto’s price.

Below is another chart that the same quant posted earlier in the month, which displays a recent instance of this kind of trend in the inflow mean. 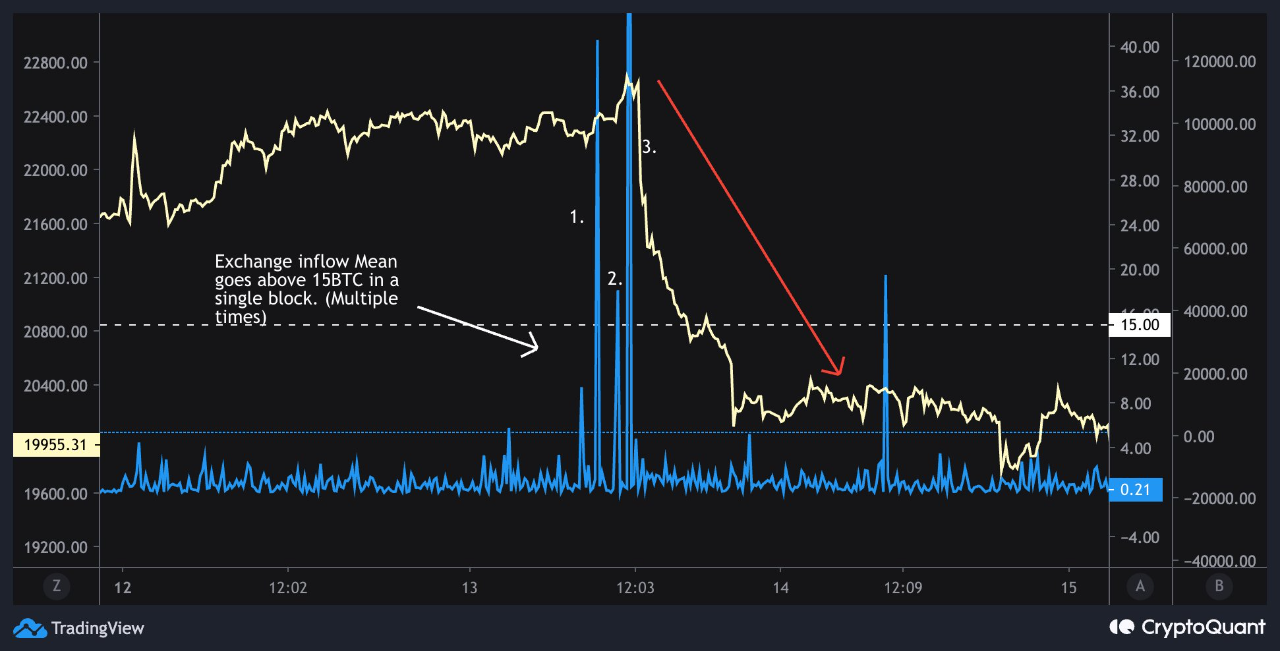 At the time of writing, Bitcoin’s price floats around $20.6k, up 8% in the last week. Over the past month, the crypto has gained 6% in value. 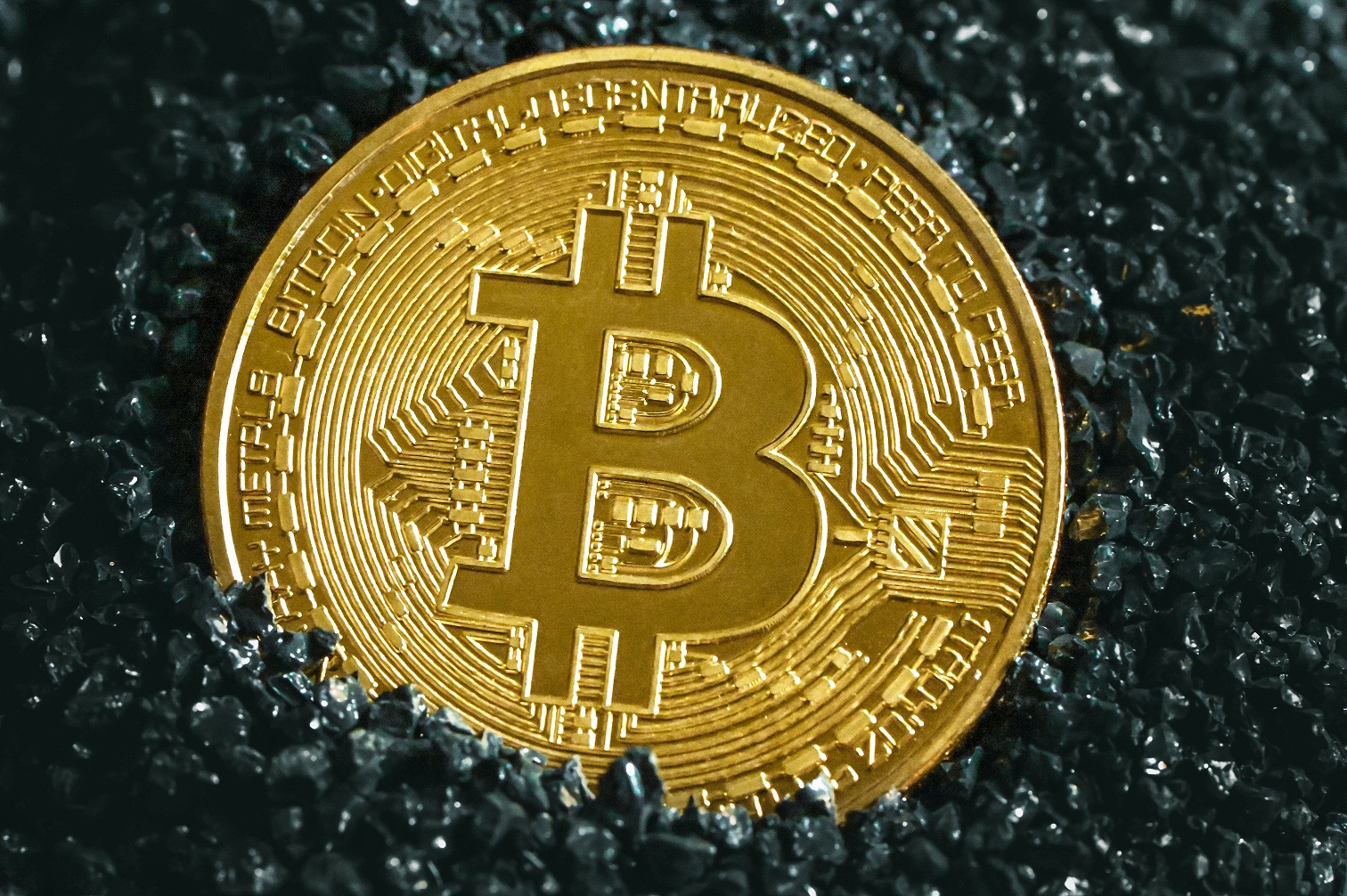 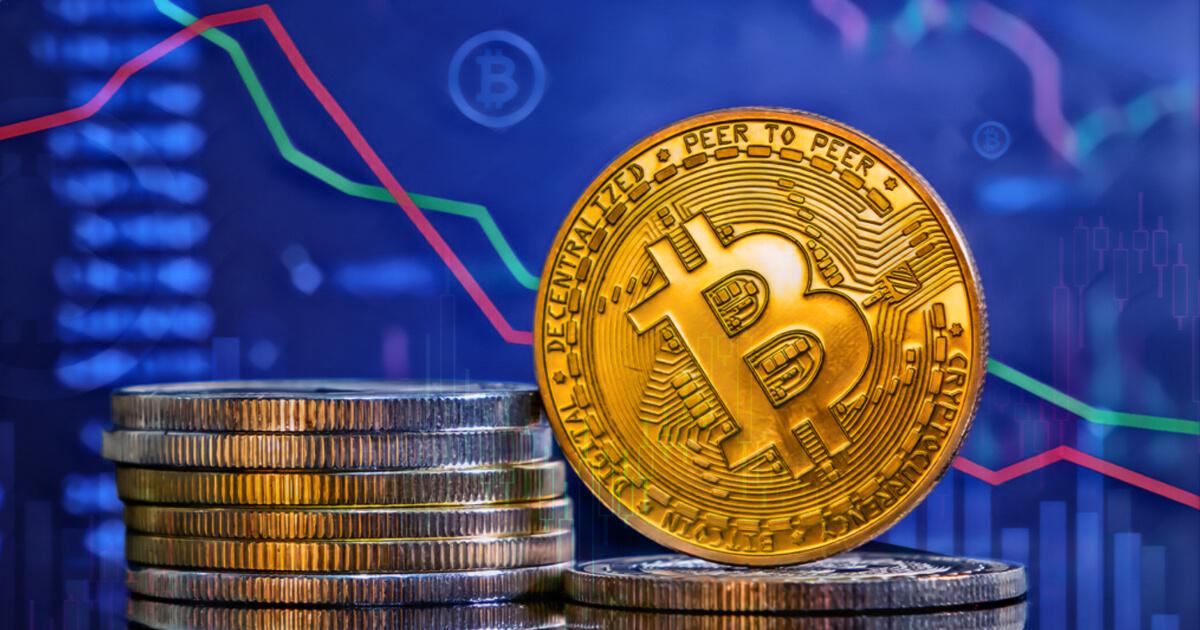 Research: Bitcoin held on exchanges reaches its lowest since 4 years