The ongoing bear market in cryptocurrency is unpredictably complicating the lives of investors and traders who are accustomed to it. The current state of the sector is not at all surprising given that bear markets are long periods of extremely high market volatility and declining pricing.

Three altcoins, according to a crypto analyst, are currently taking on important weekly or monthly resistance levels. Since ETH surged above $2,000 in August, bulls have been held at bay by a diagonal resistance that has now been broken, according to analyst Rekt.

The analyst said that beyond the lower high trendline resistance (black) in the chart below, Ethereum has experienced a positive weekly close. So as to completely establish this as a breakout move, ETH may shortly sink into the trendline for a retest attempt. He said that a breakout is confirmed between $1,700 and $1,880 (orange). 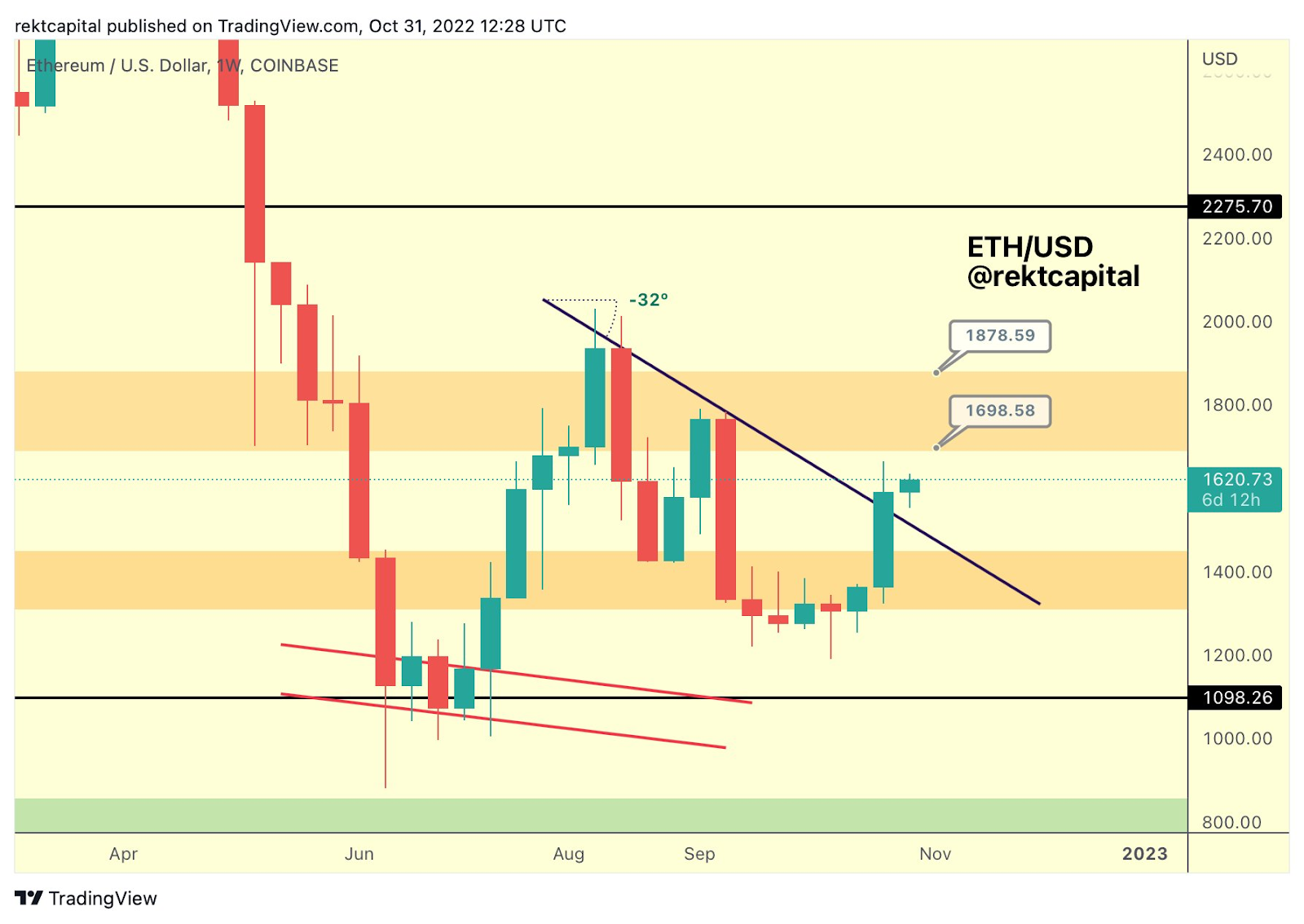 As for Cardano, the crypto expert said that it is currently reclaiming the crucial support level of $0.40. Rekt predicts that Cardano might experience a major rebound toward his goal price of $0.48 if ADA bulls are successful.

“Technically, ADA weekly closed below the bottom red trendline resistance last week. However, this current weekly candle has the potential to reclaim the trendline as support. As long as ADA holds here, it could enable an intra-pattern move of up to +20%.”

Leading meme token Dogecoin is the next coin on the list. According to Rekt, the current increase in DOGE has allowed the meme coin to reverse a downturn that lasted more than 16 months. The crypto expert said that DOGE is currently just $0.141 away from launching a rise of more than 40% to its goal price of $0.20.

“DOGE broke a 500+ day macro downtrend recently Dogecoin is below monthly resistance (green). Of course, reclaiming green as support would enable an extra rally of +43% to ~$0.20 (blue).But as long as DOGE stays below green, a stronger rejection could occur.”